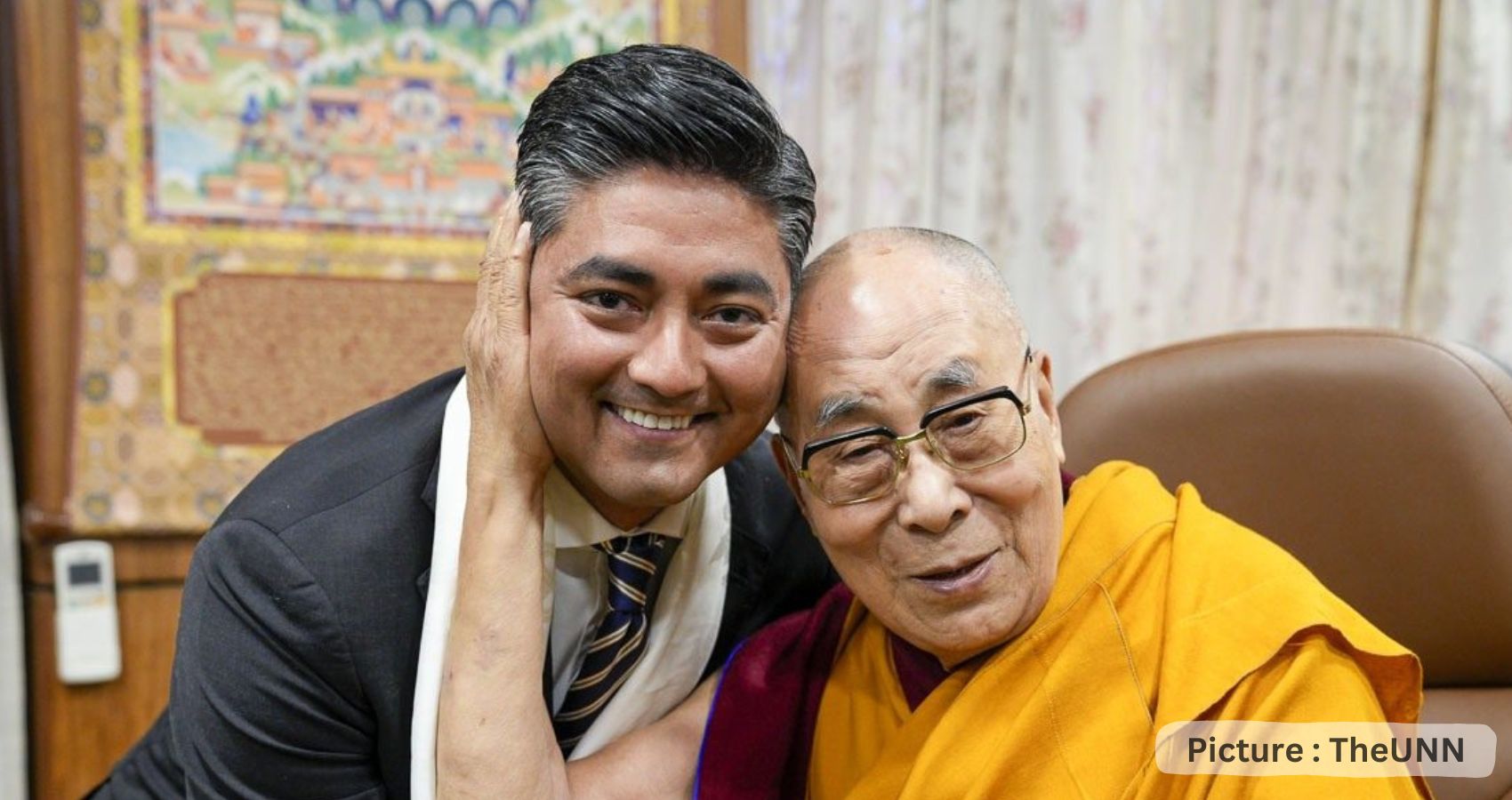 In a meeting with Seven Mayors from across the United States, Dalai Lama stressed the need for promoting compassion. Cincinnati Mayor Aftab Pureval was among the seven who were part of the group that travelled to the abode of the Dalai Lama in India, at a personal invitation of the 14th head of the Tibetan Buddhist Territory.

Pureval — whose mother is from Tibet —invited the Buddhist leader to Cincinnati as part of ongoing efforts to position the city as a “flourishing, global destination.”

“I am honored to take part in this incredible opportunity to meet His Holiness and invite him to our bold, dynamic city,” Pureval added. “Having a global leader visit Cincinnati would be huge, and as the highest-ranking elected Tibetan American in the country, my meeting with him showcases our city’s commitment to diversity and growing the city equitably.”

For Pureval, the trip to India is bigger than business or politics. His landslide victory in the November 2021 election made him the first Asian-American mayor of Cincinnati, or any major city in the Midwest.

When he addressed the crowd at Washington Park during his inauguration in January, Pureval reflected on what the moment would mean to his late father, an immigrant from Punjab, India. Pureval’s mother — who joined him at the celebration in Over-the-Rhine — is a Tibetan refugee.

“He was barely an adult when he and my mother… made the impossibly courageous decision to leave everything behind in search of a better life,” Pureval said of his father on Jan. 4. “My dad’s simple bold courage tilted the axis on which my world is based. I owe everything to his belief in America and the worldview it cultivated for me.”

To mark the occasion, a group of immigrants from Tibet and other members of the Asian American Pacific Islander (AAPI) community traveled to Cincinnati from across the region to witness the swearing-in.

One of those in attendance was Tenpa Phuntsok, assistant director of the Tibetan Mongolian Cultural Center (TMBCC) in Bloomington, Ind. He’s also president of the Tri-State Tibetan Association.

Phuntsok was there, he said, on behalf of “all Tibetans in America,” including the Indiana Tibetan Association, an organization representing Tibetan refugees now living in the United States.

The group presented Pureval and his family with several gifts, including a letter from the 14th Dalai Lama featuring prayers and well wishes. In the letter, the Nobel Prize winner offered his congratulations and support to Pureval.

Phuntsok also draped Pureval’s neck in a khata, a traditional ceremonial scarf in Tibetan Buddhism. “Mayor Aftab Pureval is truly a symbol of what Tibetans can achieve in America,” Phuntsok said.

Philanthropist Lonnie Ali, widow of Muhammad Ali, also received an invitation, Battipaglia wrote in a statement. It’s not clear if she attended.

In 2003, Muhammad Ali met with the Dalai Lama in Bloomington to help consecrate the grounds for the Chamtse Ling (“Field of Compassion”) interfaith temple.

The Dalai Lama’s eldest brother, Thubten J. Norbu, was the former Buddhist abbot and a professor at Indiana University. Norbu founded the Tibetan Cultural Center in 1979.

“Because Muhammed Ali was such a beloved figure, he put the Tibetan cause in the mindset of millions of Americans and we are very grateful,” Phuntsok said.