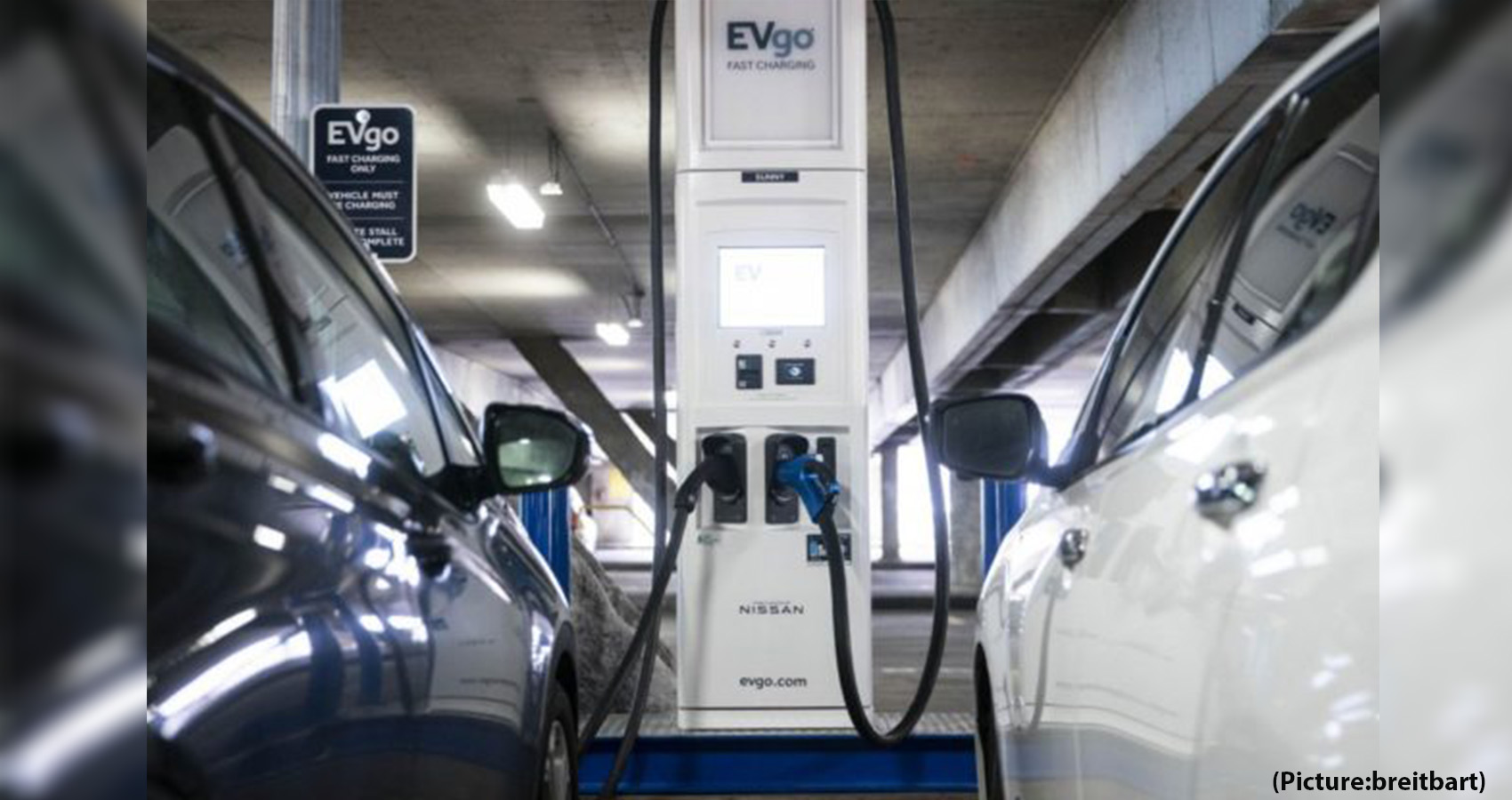 President Biden announced on August 5th a multistep strategy aimed at rapidly shifting Americans from gasoline-powered cars and trucks toward electric vehicles — a central part of his plan to reduce the pollution that is heating the planet.  The new plan targets that half of vehicles sold in the country by 2030 will be battery electric, fuel-cell electric or plug-in hybrid. 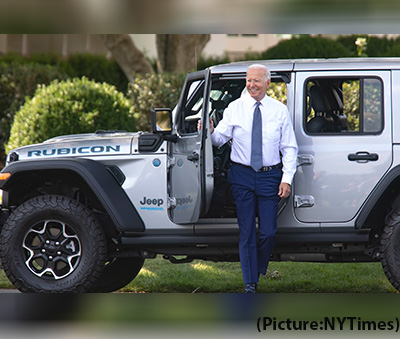 Biden signed the executive order at the White House alongside representatives from Ford, GM and Stellantis, and members of the United Auto Workers Union. The automakers are supporting Biden’s new target, announcing their “shared aspiration” that 40-50% of their cars sold by 2030 to be electric vehicles, according to a joint statement from the three automakers.

Speaking from the White House South Lawn in front of four electric vehicles, Biden said the future of America’s car manufacturing “is electric and there’s no turning back. The question is whether we’ll lead or fall behind in the race for the future,” the president added. Throughout Biden’s remarks, he emphasized that a move toward electric vehicles should come with an assurance that those vehicles and the batteries powering them should be made in the US and with union workers.

“There’s a vision of the future that is now beginning to happen, a future of the automobile industry that is electric — battery electric, plug-in hybrid electric, fuel cell electric,” said Mr. Biden, who announced the plan from the South Lawn of the White House before an array of parked electric vehicles, including the Ford F150 Lightning, the Chevrolet Bolt EV and a Jeep Wrangler. “The question is whether we’ll lead or fall behind in the future.”

The Environmental Protection Agency and Department of Transportation also announced Thursday they are reversing a Trump-era rollback of fuel emissions standards. The newly proposed standards from the agencies for light-duty vehicles will be 10% more stringent than the Trump-era rules for 2023 model year vehicles, then becoming 5% more stringent each year through 2026 model year vehicles.

The Biden administration’s proposed standard would translate to a label value — what the consumer would see on a new car sticker — of 38.2 mpg. The EPA estimates that implementing these standards would avoid 2.2 billion tons of carbon dioxide emissions through 2050.

With the impacts of a warming planet seen in record droughts, deadly heat waves, floods and wildfires around the globe, scientists say that simply restoring Obama-era climate controls will not be enough.

The agencies also announced a separate set of regulations to reduce greenhouse gas emissions for heavy-duty trucks. The first rulemaking process for trucks is expected to be finalized next year, and will apply to heavy duty vehicles starting with the 2027 mileage year, according to the EPA.

A rapid transition to electric cars and trucks faces several challenges. Experts say it will not be possible for electric vehicles to go from niche to mainstream without making electric charging stations as ubiquitous as corner gas stations. And while labor leaders attended the White House event and referred to Mr. Biden as “brother,” they remain concerned about a wholesale shift to electric vehicles, which require fewer workers to assemble.

Speaking on Wednesday night, a senior administration official echoed Biden’s comments.  “This is a paradigm shift,” a senior administration official told reporters on Wednesday. “What we’re hearing across the board is a consensus about the direction where this industry is going, and a coming together around the recognition that this is the moment of truth, not just for climate action for economic action as well.”

Biden has asked Congress for $174 billion to create 500,000 charging stations. An infrastructure bill pending in the Senate includes just $7.5 billion. However, it also provides $73 billion to expand and update the electricity grid, an essential step for carrying power to new auto charging stations. The International Council on Clean Transportation, a research organization, concluded that the nation would need 2.4 million electric vehicle charging stations by 2030 — up from 216,000 in 2020 — if about 36 percent of new car sales were electric.

A second bill, which could move through Congress this fall, could include far more spending on electric vehicles, consumer tax incentives and research. Neither proposal is guaranteed to pass in the closely divided Congress.

There are concerns that ome environmental advocates and lawmakers fear car companies could skirt the standards with loopholes — including allowances for EV makers like Tesla to sell credits to companies that sell gas-guzzling cars, thereby allowing them to meet the standards without electrifying their fleets.  “We must guard against the inclusion of legacy loopholes, which may allow for even lower greenhouse gas emissions standards than before,” Democratic Sen. Ed Markey of Massachusetts said in a statement. “We know the highest standards possible are economically feasible and technologically achievable because the automotive industry is already installing them.”

“President Biden has called global warming an existential threat, but these standards won’t protect us,” said Dan Becker, director of the Safe Climate Transport Campaign at the Center for Biological Diversity, in a statement. “The only reason automakers have ever cut pollution is because strong rules forced them to. And these rules won’t.”

The youth climate advocacy group Sunrise Movement sharply criticized Biden’s electric vehicles target, saying it’s not sufficient enough to combat the climate crisis. “Biden cannot think of himself as the climate president with a 50% electric vehicles goal,” Sunrise executive director Varshini Prakash said in a statement. “FDR didn’t set a goal to half win the war, and JFK didn’t set a goal to get halfway to the moon. If we are still selling gas cars in 2030, they’ll be on the road for another 10, 15, 20 years — long after his presidency and well into our already unstable futures.”