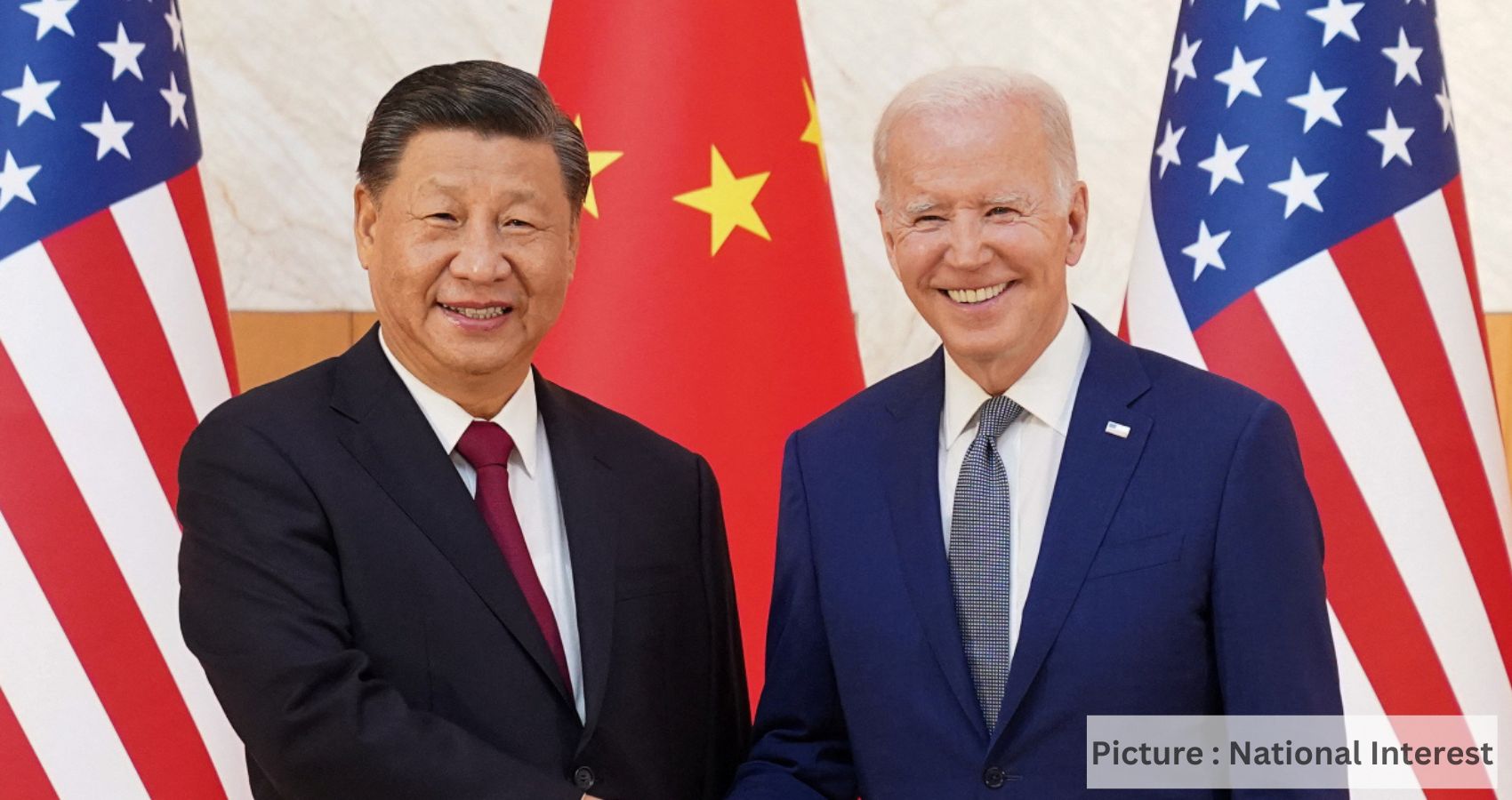 US President Joe Biden has promised there will be no “new Cold War” with China, following a conciliatory meeting with Chinese President Xi Jinping. He also said he did not believe China would invade Taiwan.

It was the first in-person meeting between the two superpower leaders since Mr Biden took office. The pair also discussed North Korea and Russia’s invasion of Ukraine at the talks in Bali, a day before the G20 summit on the Indonesian island.

In a three-hour meeting held at a luxury hotel shortly after Mr Xi’s arrival, the leaders discussed a wide range of topics including Taiwan.

Claimed by Beijing, the self-governed island counts the US as an ally, and has always been a thorny issue in US-China relations.

Tensions spiked in August when US House Speaker Nancy Pelosi visited Taiwan. China responded with large-scale military exercises around the island, prompting fears of a possible conflict between the US and China.

A readout to Chinese state media on Monday said Mr Xi had stressed that Taiwan remained “the core of China’s core interests… and the first red line in US-China relations that cannot be crossed”.

In recent weeks US officials have warned that China may escalate plans to invade Taiwan.  Reporters on Monday asked Mr Biden if he believed this to be true, and if he thought a new Cold War was brewing.

“I absolutely believe there need not be a new Cold War. I have met many times with Xi Jinping and we were candid and clear with one another across the board. I do not think there is any imminent attempt on the part of China to invade Taiwan,” he said.

Mr Biden said the two leaders had agreed to set up a mechanism where there would be dialogues at key levels of government to resolve issues. Secretary of State Antony Blinken will also be visiting China soon, he said.

He added that he had made it clear to Mr Xi that “our policy on Taiwan has not changed at all. It’s the same exact position that we have had”.

Mr Biden has repeatedly said the US will defend Taiwan if it is attacked by China. It has been seen as a departure from the long-held US policy of “strategic ambiguity” over Taiwan, under which it does not commit to defending the island. Officials have rowed back on his statements.

The US has long walked a tightrope over the Taiwan issue. A cornerstone of its relationship with Beijing is the One China policy, where Washington acknowledges only one Chinese government – in Beijing – and has no formal ties with Taiwan.

But it also maintains close relations with Taiwan and sells arms to it under the Taiwan Relations Act, which states that the US must provide the island with the means to defend itself.

Besides Taiwan, Mr Xi and Mr Biden’s discussion also covered concerns over North Korea and Russia’s invasion of Ukraine, according to readouts from both sides.

Mr Biden also raised concerns about human rights issues in China, including the treatment of the Uyghurs in Xinjiang, Hong Kong and Tibet.

Both leaders strove to signal to each other – and to the rest of the world watching their meeting – that they were aware that global stability rested on relations between their two countries, and that they would act responsibly.

In recent days Mr Biden and US officials have been at pains to signal their aim of conciliation, stressing repeatedly that the US does not want conflict with China, while maintaining a sense of strong competition.

Mr Xi appeared to be on the same page, acknowledging in the meeting’s opening remarks that “we need to chart the right course for the China-US relationship”, given that “the world has come to a crossroads”.

Later in the Chinese readout, Mr Xi said that “China-US relations should not be a zero-sum game in which you rise and I fall… the wide Earth is fully capable of accommodating the development and common prosperity of China and the United States”.

Wen-ti Sung, a political scientist who teaches with the Australian National University’s Taiwan Studies programme, noted that there were “few substantive agreements”.

Both leaders get a win, he said. “Xi shows he’s not intimidated by Biden, like US and China are true equals.”

Meanwhile Biden is given a pass on “the US pushing the envelope on Taiwan, and the two sides agreeing to improve dialogue reassures other countries”.

Political scientist Ian Chong of the National University of Singapore said: “The tone I think was overall positive. There’s some recognition that there’s common interests, and these include not letting the relationship spiral out of control.

“But I would still be somewhat cautious. Given the volatility in China-US relations, they have starts and stops.”