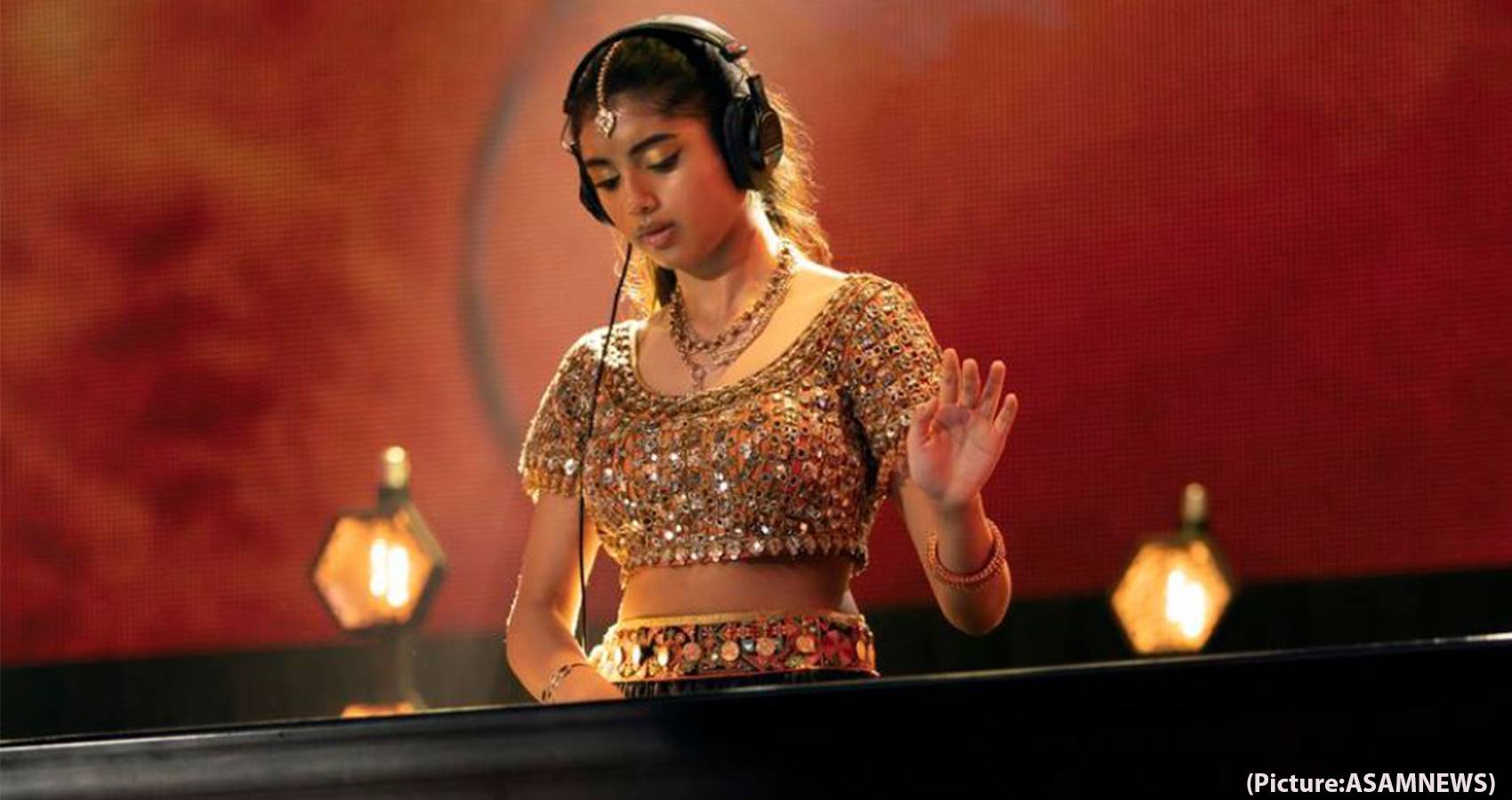 Avantika Vandanapu has made her Hollywood debut with the recently released film ‘Spin’. In ‘Spin’, Avantika plays the role of Rhea, an Indian-American teenager who learns that she has a passion for creating DJ mixes. The actress underwent thorough preparations for her role. Written by Carley Steiner (Play Date) and Josh Cagan (The Duff), Spin follows effervescent 15-year-old Rhea Kumar (Vandanapu), who lives with her tight-knit multigenerational family. After her mother’s death, she has been her father’s emotional rock, and her life revolves around her family’s restaurant, her eclectic group of friends, and her after-school coding club. Everything changes when she falls for aspiring DJ Max and a long lost passion for music is reignited. Rhea discovers that she has a natural gift for creating beats and producing music that blends her Indian heritage, but must find the courage to follow her true inner talent. Zanne Devine (Secret Society of Second Born Royals, Easy A, I, Tonya) serves as executive producer.

The 16-year-old Indian origin actress did several Telugu films before bagging the role in the international project. Talking about how she bagged the lead role of Rhea in ‘Spin’, Avantika told IANS: “I had actually auditioned for this movie when I was 12. It was my first Hollywood audition. I was still working in India at that time. Unfortunately, the project was kept on hold then. It came back in the beginning of last year. It was my first Hollywood movie, which was like a full-circle moment for me.” As a child artiste, Avantika made her debut when she was 10 with the Telugu film ‘Brahmotsavam’ starring Mahesh Babu and Kajal Agarwal, among others. “I was originally a dancer, so it was easy to go from one expressive art to another. I look up to Viola Davis, Meryl Streep Sridevi for inspiration,” she said.

“There were a lot of aspects to Rhea that were new to me. She is a coder and a waitress. I had to learn how to do the table and learn that with authenticity. She is also a DJ, so one-and-a-half months prior to filming, I started learning how to DJ and it was really interesting to learn a new skill. Those were the two skills that went into developing the character,” she said. The young actress shared that it was easy for her to resonate with her character. “We are very similar in our energy. It was great to play a character whom I connected with. We both have our artistic career fields. She is also good with her fashion, blending Indian and American styles. Rhea is quite comfortable with her Indian American identity, as am I.” She continued, “I grew up with music. I am a dancer so I have always worked with rhythms and beats. It’s great to play such a character who is in close connectivity with music.”

Avantika also shared her experience of working with Abhay Deol, who plays her father in the film. “I grew up watching his movies. Finally being able to work with him and being attached to such a monumental film is amazing to me. I am always nervous, so to have him around was great.” Living in America, Avantika had her share of struggles being an Indian. “I grew comfortable being an Indian, even though I had my fair share of experiences and struggles,” she signed off. Avantika’s upcoming films are ‘Boomika’ in Tamil and ‘Senior Year’ in English.