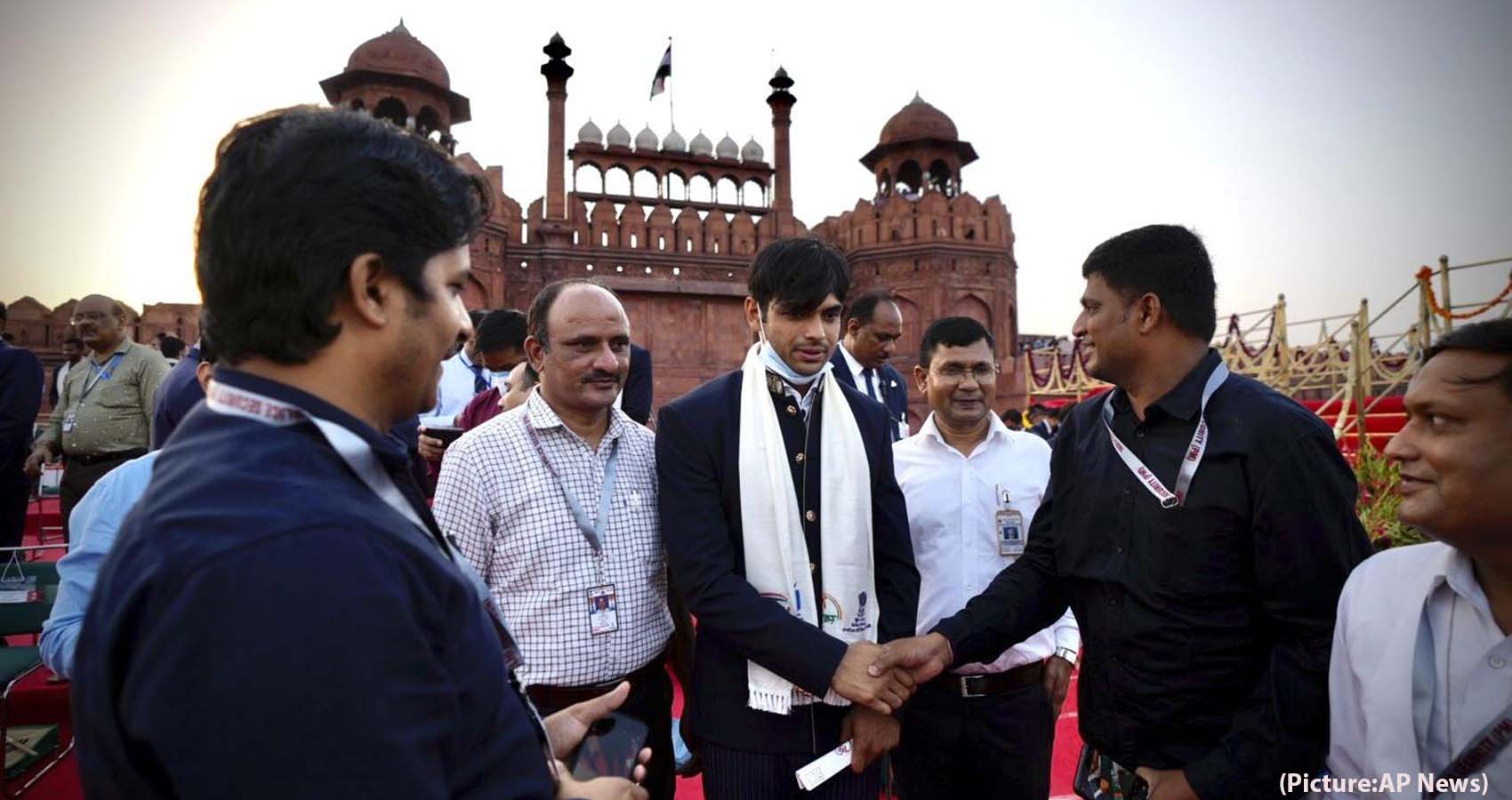 India will soon launch a $1.35 trillion national infrastructure plan that will boost the country’s economy, Prime Minister Narendra Modi announced on August 15 as part of the Independence Day celebrations.

Soon after he unfurled the national flag to mark nation’s 75th Independence Day at the historic Red Fort here, Modi addressed the nation, saying the infrastructure plan will create job opportunities for millions of Indian youth. “It will help local manufacturers turn globally competitive and also develop possibilities of new future economic zones in the country,” he said.

India’s economy, pummeled by the coronavirus pandemic, contracted 7.3% in the fiscal year that ended in March. Economists fear there will be no rebound similar to the ones seen in the U.S. and other major economies.

In his 90-minute speech, Modi also listed his government’s achievements since 2014 and hailed India’s coronavirus vaccination campaign. “We are proud that we didn’t have to depend on any other country for COVID-19 vaccines. Imagine what would have happened if India didn’t have its own vaccine,” he said.

India has given more than 500 million doses of vaccines but its vaccination drive has been marred by its slow pace. About 11% of eligible adult Indians have been fully vaccinated so far.

Modi also said India was committed to meeting targets for the reduction of its carbon footprint. He said his government would invest more in electric mobility, solar energy and “green hydrogen” — which does not emit carbon dioxide — as part of its goal to make India energy independent by 2047.

Modi began his speech by praising India’s athletes who took part in the recently concluded Tokyo Olympics. India won one gold, two silver and four bronze medals at the games.

On Saturday, Modi announced that Aug. 14 will be observed as Partition Horrors Remembrance Day.

During his nearly one and half hours speech, Modi made several important announcements like the National Hydrogen Mission, Rs 100 lakh crore PM Gati Shakti Infrastructure to make a foundation for holistic infrastructure and admission for girls in ‘Sainik Schools’.

“We are set to present the PM Gati Shakti’s National Master Plan in the near future which will make a foundation for holistic approach in infrastructure construction. During the 75 weeks of Azadi Ka Amrit Mahotsav, new 75 Vande Bharat Express trains will be launched and will connect every corner of the country,” he said.

Talking about Jammu and Kashmir, Modi said that the Delimitation Commission has been formed in J&K and the government is making preparations for Vidhan Sabha elections. “Ladakh, too, is walking its road towards development. On one hand, Ladakh is witnessing the creation of modern infrastructure, while on the other, ‘Sindhu Central University’ is going to make Ladakh a center of higher education,” he said.

In a veiled attack on Pakistan and China, Modi said, “In the post-pandemic time, world will see a new world order with two major challenges – terrorism and expansionism – and India is fighting and effectively responding to both.

“Talking about infrastructure, Modi said, “From new waterways to connecting new places through sea-planes, work is undergoing at rapid speed. Indian Railways, too, is undergoing a change to modernize itself. It is our collective responsibility that we walk ahead in the 75th year of India’s Independence believing in India’s abilities. We have to work together on next-gen infrastructure, world class manufacturing, connecting-edge innovations and new age technology.”

Talking about the agriculture sector, the prime mnister said, “In the next few years, we will have to increase the collective power of India’s small farmers. We have to provide them with new facilities. They must become the nation’s pride.

“It is time we apply scientific research and suggestions in our agriculture sector. We need to reap all its benefits. It will not just provide food security to the nation, but will also increase food production. In this decade, we will have to work dedicatedly to provide a new economy in rural India. Today, we are witnessing our villages getting transformed,” he said.

Modi also listed several key initiatives of his government like the ‘Har Ghar Jal’ Mission in which over 4.5 crore families started receiving piped water within two years of launch of programs.

“In the last seven years, crores of poor have received benefits of several initiatives. The needy have benefited from Ujjwala to Ayushman Bharat and others…Today we see our villages changing rapidly. In the past few years, facilities like road, electricity have reached villages. Today the optical fiber network is providing the power of data to villages,” he said.

In his speech, Modi mentioned that malnutrition has been a barrier in the development of poor women and poor children. “We have, thus, decided to give nutrient-added rice to the poor. By 2024, from ration shops to mid-day meals, all rice being provided to the poor will be fortified,” he said.

India needs to “hand hold” the disadvantaged sections of society, PM Narendra Modi said during his Independence Day address delivered from the Red Fort on Sunday, highlighting the government’s decision to extend OBC reservations in medical colleges through the all-India quota system and the new constitutional amendment that empowers states to identify OBC beneficiaries.

“We need to provide hand holding to the backward categories… Along with the concern of fulfilling basic needs, reservation is being ensured for Dalits, backward classes, Adivasis and the poor from general category,” he said. “By formulating a law in Parliament, the right to make their own list of OBCs has been given to the states,” he said.

India needs to achieve “saturation”, or 100% coverage, on welfare programs such as bank accounts for the poor, health cover under Ayushman Bharat and Ujjwala scheme.