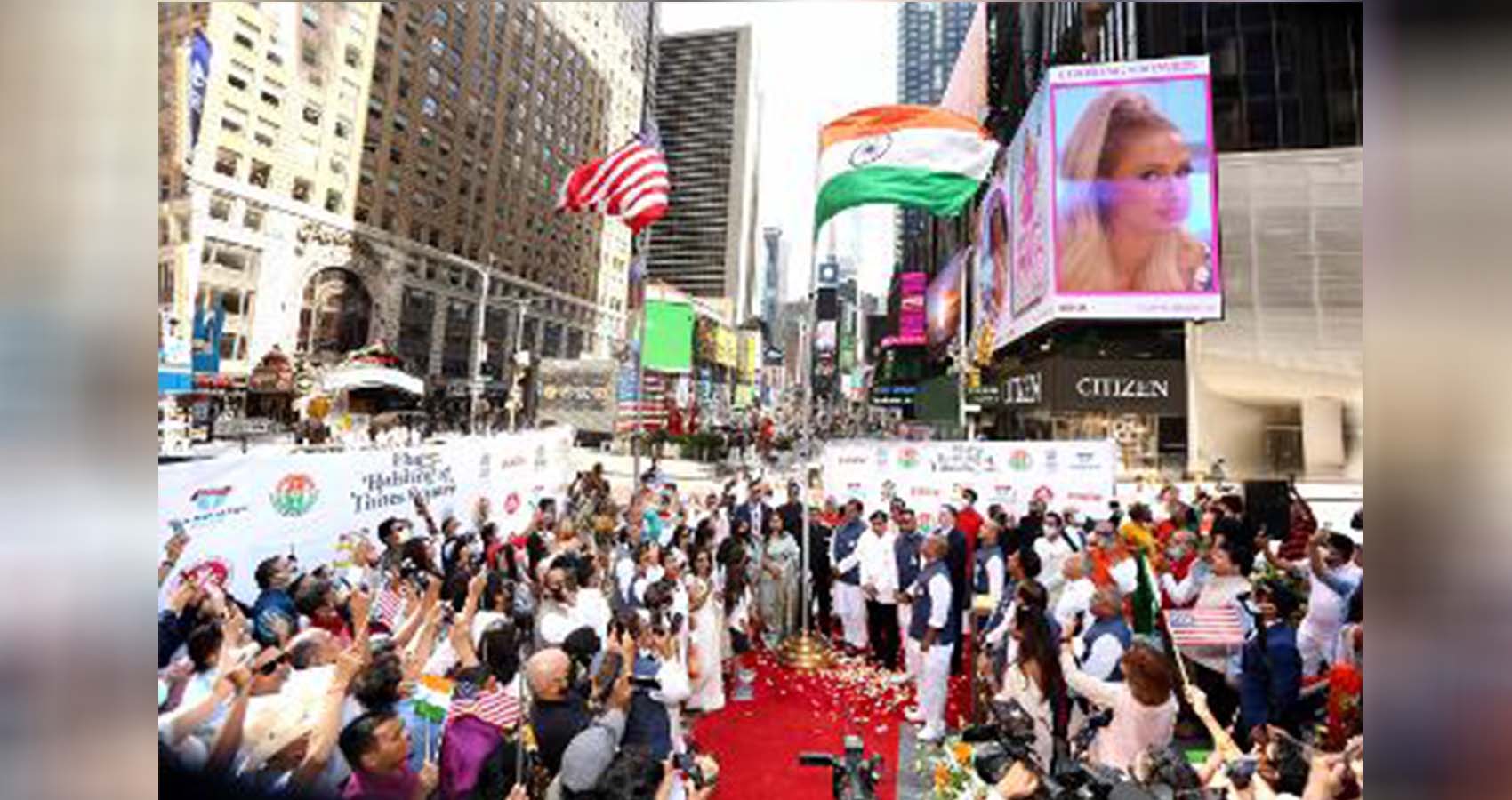 The Federation of Indian Associations of the tri-state areas of New York, New Jersey and Connecticut (FIA NY-NJ-CT) kick-started the celebrations of the 75th Independence Day of India on Sunday, August 15th with the hoisting of the Tricolor at Times Square. This year’s Tricolor was the biggest one ever to be unfurled at the iconic destination.  The flag measured 6 ft x 10 ft and was hoisted on a 25-feet pole. 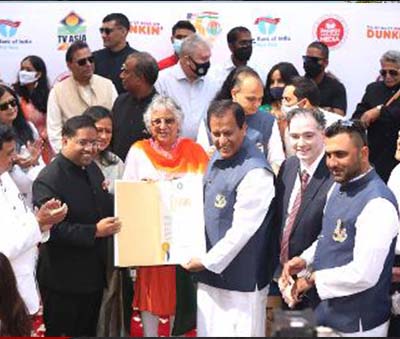 Hundreds of Indian-Americans as well as friends and well-wishers of the community had gathered at the venue to participate in the flag-hoisting.  The day’s ceremony began with the playing of the American national anthem. Consul General of India Shri Randhir Jaiswal then hoisted the Tricolor as the Indian national anthem played along.

On the occasion, he conveyed his wishes to the Indian community, friends of India and all “those who are deeply connected” to the country. He thanked the Indian-American community and FIA in particular for leading these celebrations.

FIA president Anil Bansal called it a privilege to be living in the US where they have the freedom that they “as Americans can celebrate our history, culture and love for our motherland.” He thanked The New York City and its police for allowing them to enjoy the day safely. 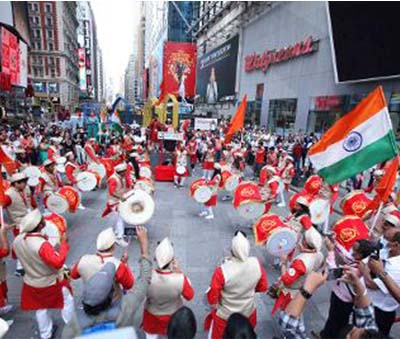 Besides Jaiswal, those who addressed the gathering included Deputy CGI-New York Shatrughna Sinha, Captain Amandeep Singh Sandhu who is the only Indian American in the whole of the New York police department and first Sikh captain in the country, FIA board member Anand Patel who was representing Dunkin, one of the event sponsors, Jackson Heights representative in New York City Council Daniel Dromm, and district leader from Queens-New York Neeta Jain.

On the occasion, Jaiswal also unveiled the ‘India at 75 Cricket Cup’ by the ’22 yards court’, a non-profit that promotes cricket in North America.

A special performance was given by the band Dhol Tasha Pathak of Maharashtra Mandal who had come all the way from Michigan to participate in the celebration.

In another first, FIA reserved the biggest jumbotron at the Times Square for display of Independence Day messages and other images related to India. The jumbotron was reserved for a full 24 hours.

As part of yet another celebration, the Empire State Building was lit up in the colors of the Indian National Flag later on Sunday. 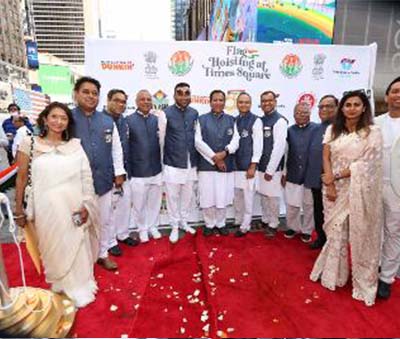 The celebration continued into the evening with FIA’s annual gala on board a yacht on the Hudson, which was attended by dignitaries, special guests and FIA members.

It was a proud moment for Ahmedabad, a city in the state of Gujarat in India, when the biggest Tricolor in the history of Times Square was unfurled. The flag, and all other paraphernalia used during the celebration, had been sent to New York from Ahmedabad. The entire consignment had been put together and shipped for FIA by Gracia Marcom, an advertising agency in the city. According to Gracia Marcom managing partner Rohit Korat, they supplied flags and other items for FIA New England as well.