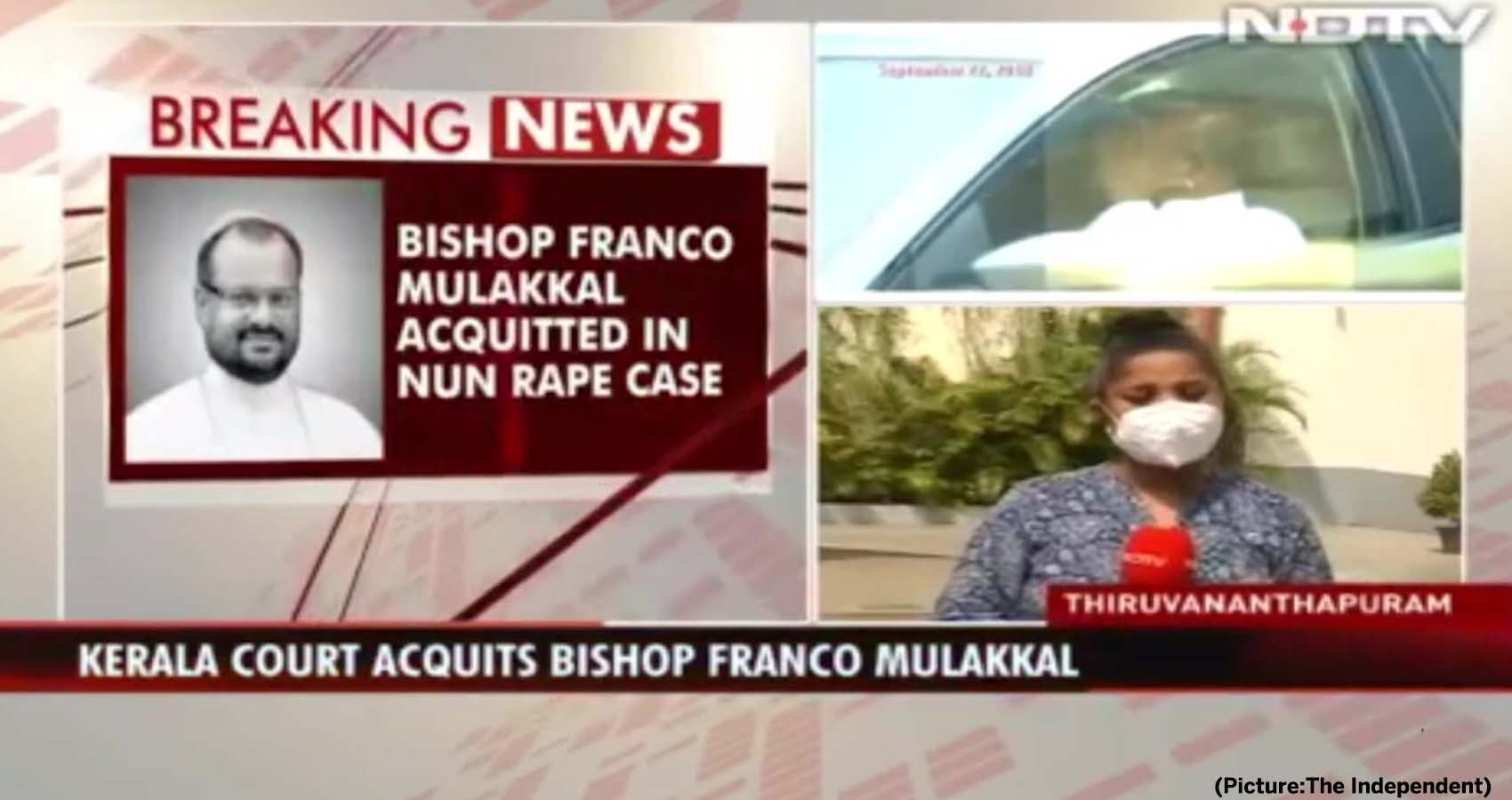 A Kerala court on Friday acquitted former Jalandhar bishop Franco Mulakkal, who is accused of raping a nun 13 times over three years in a convent, citing lack of evidence in a case that shone a spotlight on violence against women in religious institutions.

Stating that  “in-fight and rivalry and group fights of the nuns, and the desire for power, position and control over the congregation” were evident in the case, a trial court in Kerala Friday acquitted Franco Mulakkal, the former Jalandhar Bishop of the Catholic Church, of all charges in the alleged rape of a nun. The high-profile case had led to an unprecedented public protest in Kerala more than three years ago by other nuns in support of the complainant.

Bishop Mulakkal, who became the first Indian Catholic bishop to be arrested for rape in 2018, was accused by a 50-year old nun of raping her 13 times between 2014 and 2016. Mulakkal faced a slew of charges, including wrongful confinement, unnatural sex, rape of a woman incapable of giving consent and criminal intimidation. 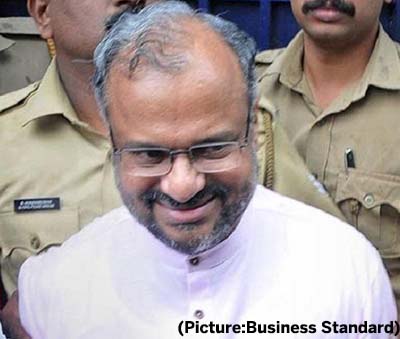 The Court order last week said that “This court is unable to place reliance on the solitary testimony of PW1 and to hold the accused guilty of the offences charged against him”. Mulakkal was present in the courtroom when the verdict was pronounced. He later broke down in the corridor outside, hugged his lawyers, and told reporters before leaving the premises: “Daivathinu sthuthi’ (Praise the Lord).”

According to the Kottayam Additional Sessions Judge G Gopakumar, “This is a case in which the grain and chaff are inextricably mixed up. It is impossible to separate the grain from the chaff. There are exaggerations and embellishments in the version of the victim. She has also made every attempt to hide certain facts. It is also evident that the victim was swayed under the influence of others who had other vested interest in the matter,” Gopakumar wrote in a 289-page order.

However, one of the nuns who had spearheaded the protest against Mulakkal, Sister Anupama, expressed disbelief at the verdict. Speaking to reporters with tears in her eyes, she said: “We cannot believe this verdict. We will continue this fight until the day our fellow sister gets justice, even if it means we have to die. All the testimonies were in our favour so we don’t know what happened in court. We will definitely appeal in the higher court.”

S Harisankar, the former Kottayam district police chief under whose leadership the investigation was conducted, described the verdict as “extremely unfortunate”. He added, “We had fully expected a conviction. This verdict will be a surprise for the entire Indian legal system. it was after suffering huge psychological pressure that the survivor disclosed the assault to her fellow nuns” and that the verdict would “send a wrong message to society”.

The allegations against Mulakkal (57) came to light in June 2018 when a senior nun, belonging to the order of Missionaries of Jesus, submitted a complaint to the Kottayam police chief, accusing the bishop of raping her and subjecting her to unnatural sex 13 times between 2014 and 2016 at a convent in the district.

Subsequently, an FIR was filed against Mulakkal on charges of rape at the police station in Kuravilangad, where the convent is located. Mulakkal denied the charges and described the complaint as a “retaliatory act” for disciplinary action taken earlier against the complainant in an unrelated incident.

In September that year, a public square in front of the Kerala High Court premises in Kochi saw unprecedented scenes as five Catholic nuns, who were close to the complainant, sat on an indefinite hunger strike demanding the arrest of the bishop.

On September 21, 2018, the police arrested Mulakkal and booked him on rape charges, in the first such action against a Catholic bishop in the country. Mulakkal was released on bail nearly a month later, and divested of his responsibilities as bishop in the Jalandhar diocese.

In April 2019, a Special Investigation Team of the Kerala Police filed a 2,000-page chargesheet against Mulakkal. The trial commenced in November 2019, with the prosecution listing 83 witnesses of whom 39 were examined during the trial. A number of senior figures from the Church, including Major Archbishop of Syro-Malabar Church Cardinal George Alencherry, and 11 priests and 25 nuns were among the witnesses.

Mulakkal, who had first applied to the sessions court for a discharge without facing trial by alleging that the charges were fabricated, also saw his petition challenging the sessions court’s dismissal of his discharge plea being dismissed by both the Kerala High Court and the Supreme Court, which said it was devoid of merits.

He also sought the High Court’s intervention in deferring the trial due to the Covid-19 pandemic, which was also rejected on the grounds that adjournments in a trial need to be restricted.

The nun alleged that she had first approached the church’s senior officials, including the Pope but had not received any response, though the Vatican removed him from the diocese’s administrative roles.

The nun has also been at the receiving end of threats from powerful figures within the Catholic establishment who even came down hard on her supporters including one — Sister Lucy Kalappura — who was not only evicted from her convent but also had her membership of the congregation revoked.

A group of nuns of the Kuravilangad Convent in Kerala, who helped the victim, said they couldn’t believe the verdict.  “We will fight it out till the end. We are ready to die to uphold our cause. Till the end, everything was fine and we have no idea what happened later. We will stay at the convent as we are not scared of our death,” said a teary-eyed Sister Anupama, who was the public face of the years-long battle. She alleged that the trial court refused to hear hapless wails of a victim who can’t even speak loud.