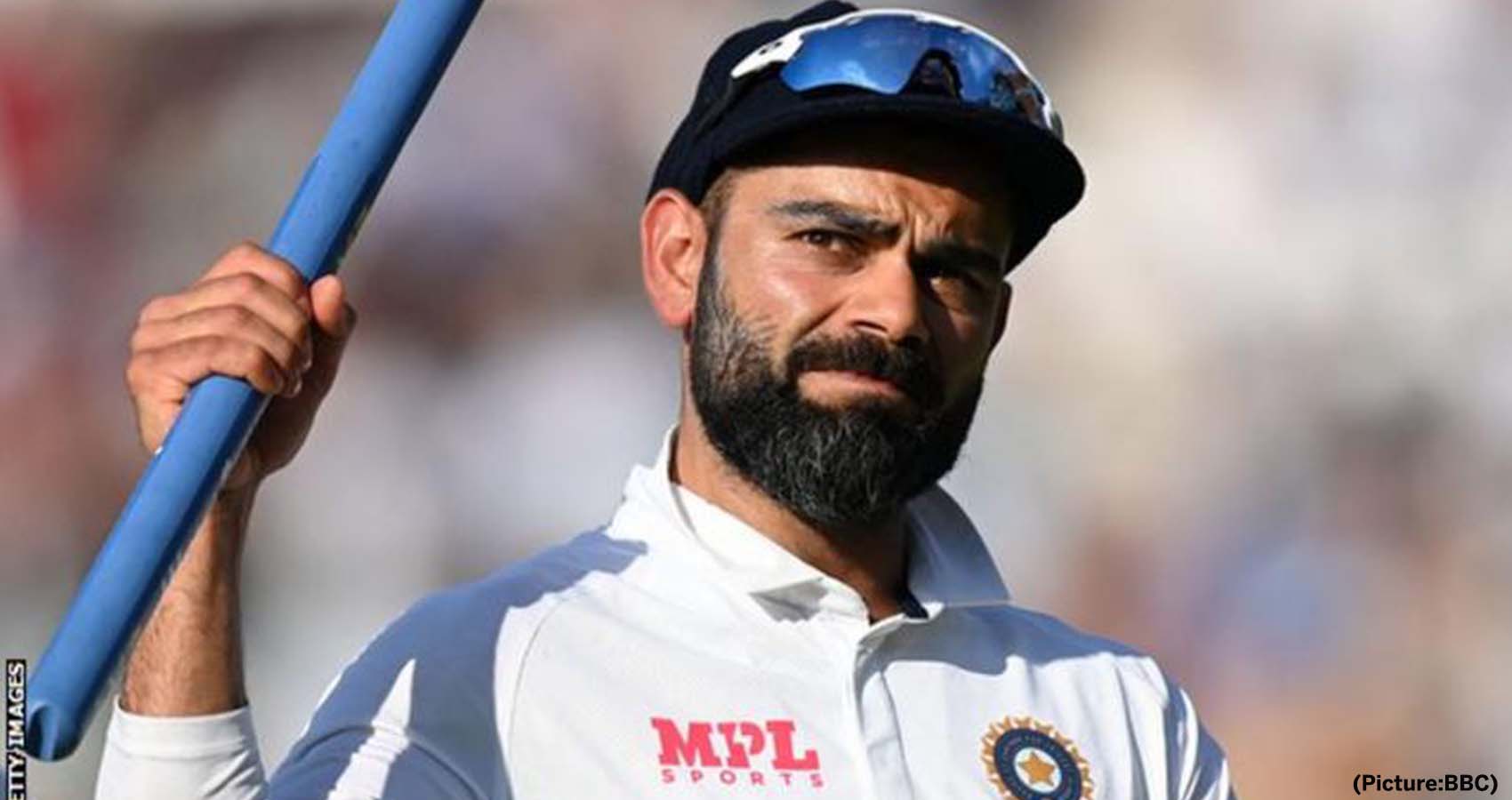 Virat Kohli has stepped down as captain of India men’s Test team.  The 33-year-old, who stopped leading India’s limited-overs sides last year, had led the Test side since 2015.  He captained India in a record-breaking 68 Tests, winning 40 matches – the fourth best record of any Test captain in history.

“It’s been seven years of hard work, toil and relentless perseverance every day to take the team in the right direction,” Kohli said on social media. “I’ve done the job with absolute honesty and left nothing out there. Everything has to come to a halt at some stage and for me as Test captain of India, it’s now.”

He has played in 99 Tests in total, averaging 50.39 in the longer format, with 27 centuries. In 2021 Kohli led India to the final of the inaugural World Test Championship, losing to New Zealand in Southampton.

The signs were there. Virat Kohli was becoming extremely frustrated with captaincy. The manner in which he kicked the air and blew up after Dean Elgar won a review on day three of the decider here indicated he was running out of patience.

If he had a vision then behaving badly on the field of play was not a part of it. A day after India lost the series 2-1 to South Africa, Kohli resigned as the Test captain in a long tweet, here on Saturday, Jan. 15th.

The Delhi batsman, who took over captaincy in a rather dramatic fashion when M.S. Dhoni shocked everyone by stepping down as skipper after the Melbourne Test against Australia in 2014, formed a lasting relationship with coach Ravi Shastri.

His greatest achievement as captain was in leading India to its first ever Test series triumph in Australia. Passionate about Tests, the failure to beat South Africa in a Test series on this tour would go down among his greatest disappointments.

“There have been many ups and also some downs along the journey, but never has there been a lack of effort or lack of belief,” he added on Twitter.  “I have always believed in giving my 120% in everything I do, and if I can’t do that, I know it’s not the right thing to do.  I have absolute clarity in my heart and I cannot be dishonest to my team.”

During his stint as captain, Kohli did not see eye-to-eye with Anil Kumble, which led to the legend being forced out as coach. Kohli also did not lead India to a title triumph in any ICC competition. Being removed as the ODI captain hurt Kohli. And his verbal duel with the BCCI did not help matters either.

The writing was on the wall. Rohit Sharma will be a natural successor to Kohli.

Kohli said in his tweet, “It has been 7 years of hard work, toil and relentless perseverance everyday to take the team in the right direction. I’ve done the job with absolute honesty and left nothing out there. Everything has to come to a halt at some stage and for me as Test captain of India, it is now. There have been many ups and also some downs along the journey: but never had there been a lack of effort or a lack of belief.”

He thanked “Ravi Bhai and the support group who were the engine behind this vehicle that moved up in Test Cricket consistently. You all have played a massive role in bringing this vision to life. Lastly, a big thank you to M.S. Dhoni who believed in me as captain and found me to be an able individual who could take Indian cricket forward.”

Kohli’s major wins as captain included victory over Australia in 2018-19 – India’s first series win down under and one that Kohli at the time described as the “proudest” moment of his career.

He also captained India to a 2-1 away series lead over England last summer, before the final Test at Old Trafford was called off due to Covid-19. It has now been rescheduled for Edgbaston this July. The Board of Control for Cricket in India (BCCI) congratulated Kohli and said he had taken the team to “unprecedented heights”.

Kohli paid tribute to his team-mates including MS Dhoni, who he took over from as Test captain. “I want to thank the BCCI for giving me the opportunity to lead my country for such a long period of time and most importantly to all the team-mates who bought into the vision I had for the team from day one and never gave up in any situation,” he wrote.  “You guys have made this journey so memorable and beautiful.”