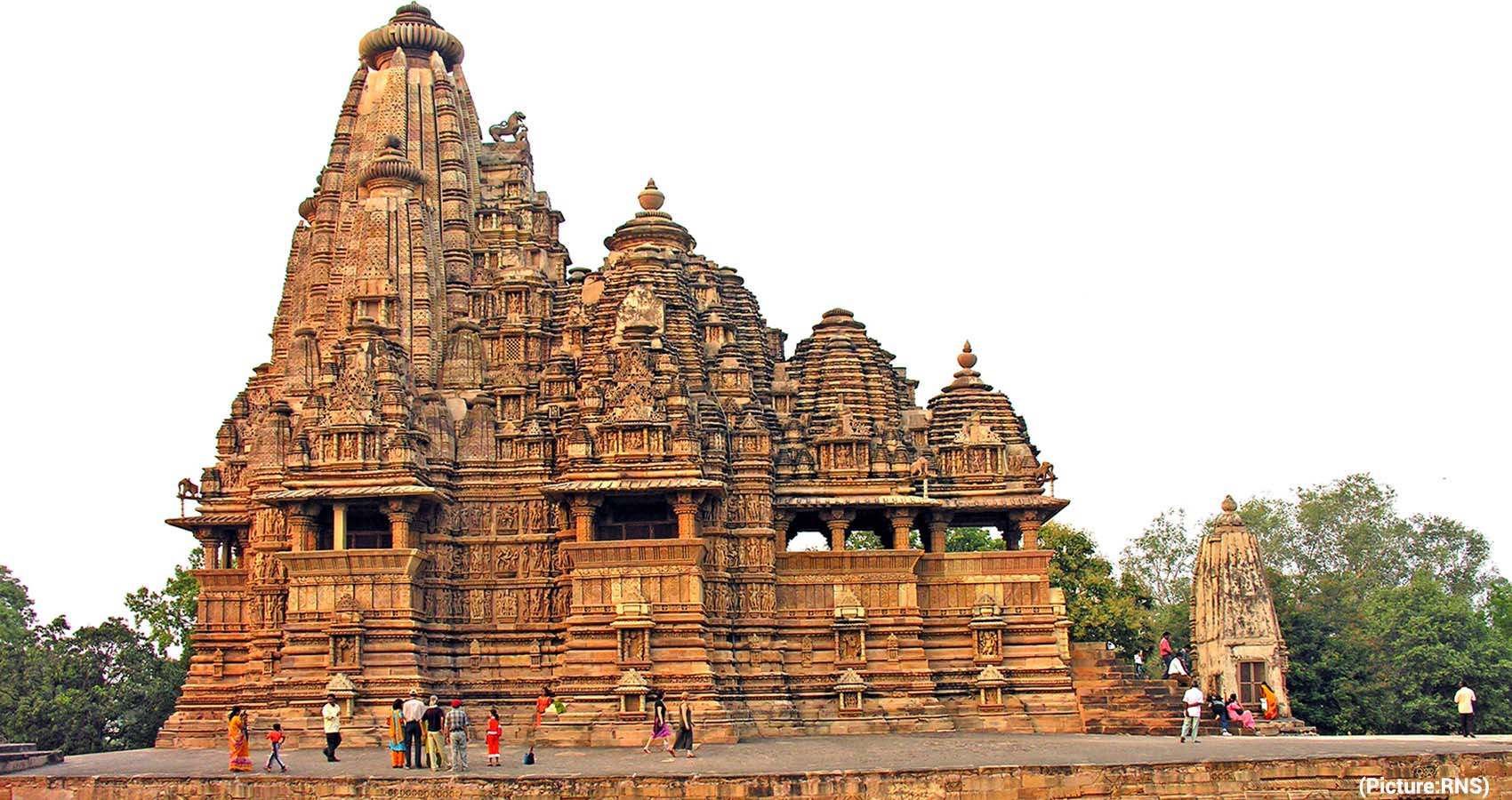 Promises of ‘better connectivity, more jobs and more tourists’ sound more like threats to some locals and conservationists.

The ancient, ornately carved Hindu and Jain temples outside this central Indian city have been a UNESCO World Heritage Site since 1986, and they are on the Archaeological Survey of India’s list of national treasures.

Now, Indian Prime Minister Narendra Modi’s government is moving toward designating the Khajuraho group of Hindu and Jain temples an “iconic tourist destination,” causing many in this area to despair for their future.

V.D. Sharma, a local member of Parliament who belongs to Modi’s Bharatiya Janata Party, recently proclaimed that Khajuraho is on its way to becoming “a world-class tourist destination” with “better connectivity, more jobs and more tourists” — prospects that sound more like threats to some locals and conservationists.

Built over more than a century beginning about 850 A.D. by the warrior kings of the Chandela dynasty, these monuments stand out as the pinnacle of temple architecture in northern India.

Sitting atop ornate terraced platforms, the 25 surviving buildings rise abruptly from their environs in imitation, some say, of Mount Kailash — the Himalayan peak known as the abode of the gods. The structures are carved with numerous scenes from their faiths’ mythological repertoires — both sacred and profane, contributing to India’s reputation as the land of Kama Sutra.

According to news reports, the Modi government has greenlighted more than $6 million for projects in and around Khajuraho. A $4.5 million convention center was launched last year.

“The ‘iconic city’ label is a flawed concept,” said Chinmay Mishra, a cultural activist based in Indore. “Profiteers with no vision are turning spiritual centers into amusement parks.” 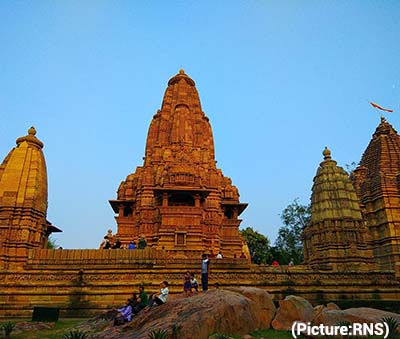 Brijendra Singh, a 77-year-old tour guide, has shown visitors around the famed Khajuraho group of Hindu and Jain temples for 52 years.

Locals are also concerned that a four-lane highway now being built to deliver tourists much closer to Khajuraho will destroy the traditional fabric of Indigenous communities.

“Many houses and temples have been demolished and thousands of trees have been uprooted to widen this highway,” said Devendra Chaturvedi, a local journalist.

Another issue is the possibly destructive effect of increased air traffic. The Khajuraho airport — located a few miles from the main group of temples — has been spruced up with a new terminal building and infrastructure to accommodate more flights. Two flying training academies are being set up on the premises for training aspiring pilots.

The director of the Khajuraho airport, Pradeepta Bej, said no heritage impact assessment has been ordered, to his knowledge. In the late 1990s, a report by the National Physical Laboratory of New Delhi noted occasional higher levels of acoustic excitation around the various temples of Khajuraho.

A former chief scientist of the Delhi-based laboratory, Mahavir Singh, said, “Vibrations above five millimeters per second for a single event could cause cracks in the monuments and heritage properties, so the situation should be monitored at the airport and surrounding areas.”

Others worry that with tourists will come increased encroachments outside the temple grounds.

“Tourism isn’t the only economy,” said Nagvendra Singh, a lawyer who plans to start a grassroots organization aimed at saving the temple town. “What is the government doing about urban encroachments, vehicular pollution, dust pollution and upkeep of monuments?”

Conservationists say the government restoration is a threat in itself. Shoring up temples with plain stones, they worry, and the use of abrasive cleaning techniques could also hasten their deterioration.

A monument attendant said that the temples are being cleaned by unskilled workers who are mostly unsupervised. Further, he noted there are no scientific or chemical restoration plans for their upkeep, posing a threat that they could become piles of plain stones.

Mrudula Mane, a conservation architect based in Ahmedabad, said monuments can’t be frozen in time but proper mitigation measures would arrest their speed of decline. “Chemical treatment has to be done under close supervision,” said Mane. “Abrasive cleaning techniques could exfoliate the sandstone monuments too much and cause erosion.”

According to Mishra, similar government rebuilding efforts elsewhere have harmed their aesthetic value. He pointed to a major refurbishment of Varanasi, on the banks of the Ganges; Jallianwala Bagh; and Mahatma Gandhi’s ashram in Gujarat.

Residents say Hindu nationalists are also pushing for more rituals at the temples that would misrepresent the Hindu thought and practice the temples stood for. “We can’t change people’s approach to religion,” said Anurag Shukla, a local historian, “but opening up these sites to more rituals or pujas may severely impact heritage.”

According to Shukla, the government’s primary aim is not preservation but to whip up Hindu pride.

In 2018, the Indian Parliament passed the Ancient Monuments and Archaeological Sites and Remains (Amendment) Bill, allowing the government in New Delhi to finance and carry out “urgent” public works within 100 meters of monuments protected by the Archaeological Survey of India. The original act prohibited any construction around the 100-meter radius.

Shivakant Bajpai, a superintending archaeologist at the Archaeological Survey of India’s Jabalpur circle, under which Khajuraho falls, said the current development scheme would not interfere with conservation, but he deferred questions about an impact assessment at the airport.

“The airport is far away from the protected area,” he said. “We are custodians of cultural heritage, so the airport authorities should be contacted for the fallouts of development.”

Nearby residents said the government has kept them in the dark about what the “iconic” designation means or its implications.

“We are being treated like outsiders in our own lands,” said Om Dubey, who works for a grassroots civil rights group in Khajuraho.

Conservationists said the protection of sacred sites must involve both government agencies and people. Shared responsibility, they say, would spark better dialogues on developing sites versus preserving heritage.

“Preserving Khajuraho’s sacred roots is critical,” said Brijendra Singh. “If development gets precedence over our faith traditions and monuments, what will remain iconic here?”