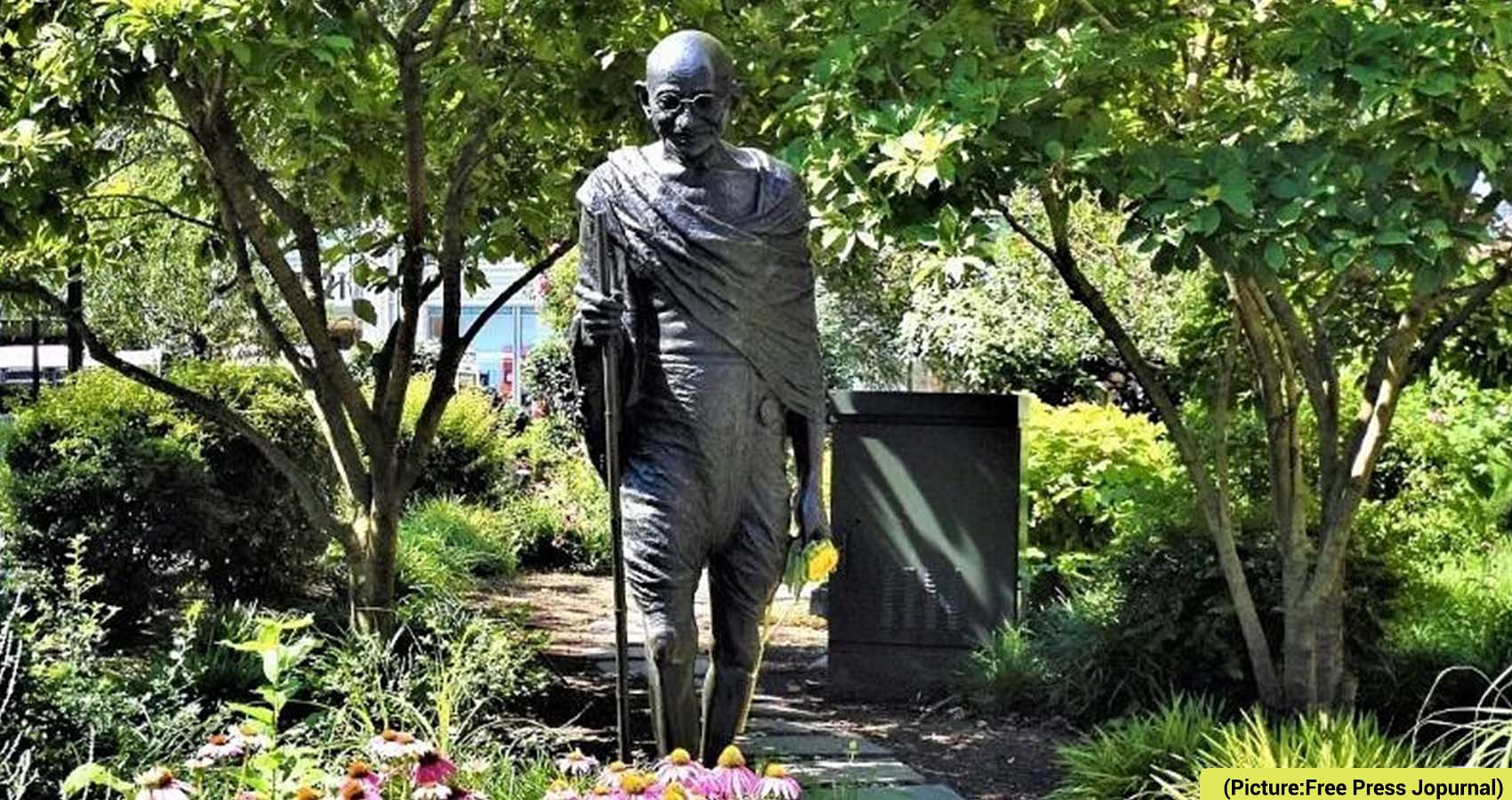 On Saturday, February 5th, a life-sized bronze statue of the late Mahatma Gandhi, located in New York City’s popular Union Square was vandalized. The Hindu Policy Research and Advocacy Collective (HinduPACT) sees this hate crime against Hindus and Indian Americans – which took place during Black History Month, nonetheless – as an affront to both Gandhi and the late Rev. Martin Luther King, Jr.; two public figures and leaders who sought to eradicate hate on the basis of race, religion and creed.

Balabhadra Bhattacarya Dāsa (Benny Tillman), President, Vedic Friends Association said, “Some years ago I had the great fortune of attending the annual Gandhi/ King celebration in Atlanta, and the keynote speaker that year was MLK’s wife Coretta Scott King.” Dāsa recalls her saying “My husband MLK, was a disciple of Gandhi.” Dāsa added: “As an African American practitioner of the Hindu Dharma, I am deeply offended that anyone would disrespect Mahatma Gandhi, who inspired MLK to take up the mission of non-violence, which inspired major changes in society that are still positively impacting our lives today.”

Ajay Shah, President of the World Hindu Council of America (VHPA) and Convenor of HinduPACT and American Hindus Against Defamation (AHAD) said, “Mahatma Gandhi and the freedom movement he spearheaded served as the inspiration for Dr. Martin Luther King and the American Civil Rights movement.  The MLK Memorial in Atlanta, GA has an area dedicated to Mahatma Gandhi. It is no coincidence that Mahatma Gandhi’s statue was desecrated during the Black History Month. The perpetrators of this act and their sponsors are sending the message that they have not accepted peace, human rights, freedom and equality of all human beings.”

This is not the first statue of Gandhi to be desecrated. In Washington, DC, his statue at Gandhi Memorial Plaza was vandalized amidst George Floyd riots on June 4, 2020and it “was defaced by Khalistani elements” on December 12, 2020.

In California, Gandhi’s statue in the Northern California City of Davis’s Central Park was vandalized on January 26, 2021; half of Gandhi’s face was severed and missing and was sawed off at the ankles then toppled over. Statues of Gandhi are a symbol of equality. Those who attempted to desecrate his image are indicating their aversion to seeing a society where equality reigns supreme among all people.