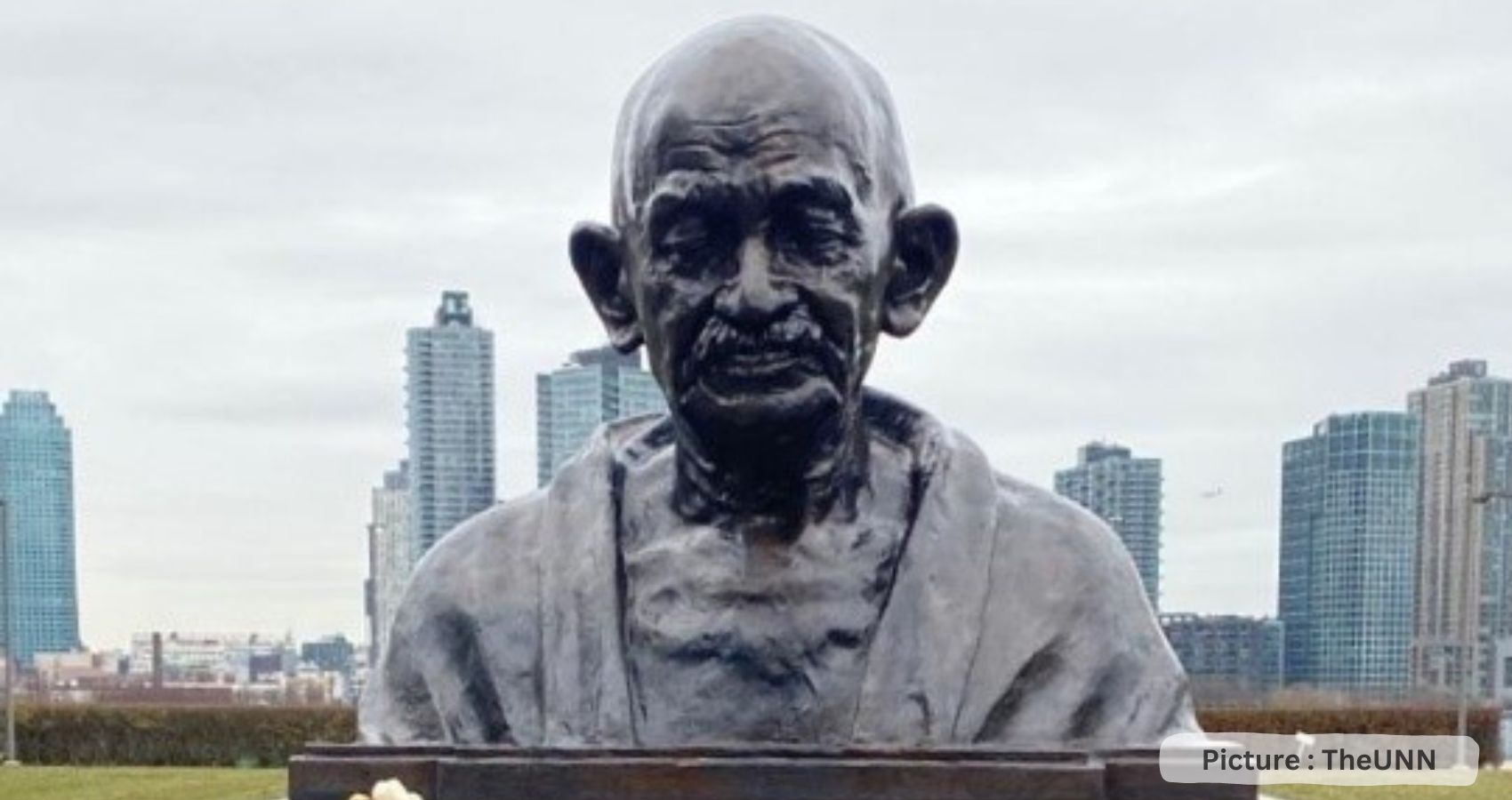 A statue of Mahatma Gandhiji, the founding father of India, was unveiled at the United Nations headquarters on the North lawn, among other statues and artifacts, on 14th Dec 2022, which is meticulously translated as a proud historic moment for Indians worldwide. The bust was a gift to the United Nations from India, which holds the Security Council’s presidency this month.

Mahatma Gandhi led a non-violent movement that helped end British rule in India in 1947, and his legacy inspired many social campaigns and civil resistance.

India’s External Affairs Minister Subrahmanyam Jaishankar said, “Today, when the world grapples with violence, armed conflicts, and humanitarian emergencies, these Gandhian ideals must continue to guide our actions in ensuring peace and stability around the world.”

UN Secretary-General Antonio Guterres called Gandhi an uncompromising advocate for peaceful co-existence, non-discrimination, and pluralism. He said the bust would serve as a reminder of the values Gandhi upheld. The United Nations and the principle of Gandhi’s non-violence are wanted more than ever and are needed at this time of trials humanity faces. Let’s break the division among nations and bring peace with non- violence messages for a sustainable and politically stable world.

Gandhi, laid the proper foundation of the largest democracy in the world with the principles of non-violence. Let Gandhi’s message of non-violence be a cornerstone for nation-building and an example to all world leaders.

Gandhiji’s principle of non-violence is reflected in the United Nations Charter.

Mahatma Gandhi was honored not only at this time but from 2007 United Nations is observing his birthday on October 2nd as ‘The Day of Non-Violence’ around the world.

The International Day of Non-Violence

The International Day of Non-Violence is observed on October 2nd, the birthday of Mahatma Gandhi, leader of the Indian independence movement and pioneer of the philosophy and strategy of non-violence.

According to General Assembly resolution A/RES/61/271 of June 15th, 2007, which established the commemoration, International Day is an occasion to “disseminate the message of non-violence, including through education and public awareness.” The resolution reaffirms “the universal relevance of the principle of non-violence” and the desire “to secure a culture of peace, tolerance, understanding, and non-violence.”

Introducing the resolution in the General Assembly on behalf of 140 co-sponsors, India’s Minister of State for External Affairs, Mr. Anand Sharma, said that the broad and diverse sponsorship of the resolution was a reflection of the universal respect for Mahatma Gandhi and the enduring relevance of his philosophy. Quoting the late leader’s own words, he said: “Non-violence is the greatest force at the disposal of mankind. It is mightier than the mightiest weapon of destruction devised by the ingenuity of man”.

The name Mahatma Gandhi transcends the bounds of race, religion, and nation-states and has emerged as the prophetic voice of the twenty-first century. The world remembers Gandhi not just for his passionate adherence to the practice of non-violence and supreme humanism but as the benchmark against which we test men and women in public life, political ideas and government policies, and the hopes and wishes of our shared planet.

The principle of non-violence — also known as non-violent resistance — rejects physical violence to achieve social or political change. Often described as “the politics of ordinary people,” this form of social struggle has been adopted by mass populations worldwide in campaigns for social justice.

A special event at the UN marked the International Day of Non-Violence, held annually on Oct. 2nd, the birthday of non-violence pioneer Mahatma Gandhi.

Sam Kahamba Kutesa, President of the sixty-ninth session of the General Assembly, greets Sushma Swaraj, Minister for External Affairs of India, at the special event on the occasion of the International Day of Non-Violence, organized by the Permanent Mission of India. The Day of Non-Violence is commemorated on 2 October, the birthday of Mahatma Gandhi, leader of the Indian independence movement and pioneer of the non-violence philosophy, as an occasion to disseminate the message of non-violence. The Portrait of Gandhi was displayed at the UN GA Hall.

Global Indian Council Leaders’ views of Mahatma Gandhi, on the occasion of Gandhiji’s bust was unveiled at the United Nations’ headquarters on the North lawn on 14th Dec 2022.

“The great Mahatma who touched the hearts of the villagers of India and who became potential for our freedom, everlasting respect and honor to Gandhiji”, stated P C Mathew, President of Global Indian Council.

Mahatma Gandhi fought for the freedom of India and won. He inspired and lit the fire everywhere for fights against shackles of all kinds. Shackles of colonization, race, and gender as well. It is appropriate that Mahatma Gandhi’s statue is being put up in the UN as the epitome of Freedom, Peace & Tolerance: – Jija Harisingh, GIC Goodwill Ambassador.

Mahatma, as the father of a great nation, was trying to put himself last among all his fellow- creatures. This mindset is what we do not see among our current political leaders and even the so-called religious leaders. Let the statue of Mahatma Gandhi at the UN headquarters remind the Global leaders and Nations about his still relevant principles: remarked Prof. Joy Pallattumadom, VP GIC.

Gandhiji, who laid the true foundation of the largest democracy in the world with the principles of non-violence, an icon of the world and an iconic figure of Ahimsa, will decorate the United Nations to remind the world of the way to work towards peace: -Sudhir Nambiar, GIC, General Secretary.

Mahatma Gandhi was one of the most outstanding leaders of his time, and he proved that one man had the power to take on an empire using ethics and intelligence. Having the Mahatma Gandhi statue in the UN complex is a proud moment for every Indian: -Tara Shajan, GIC, Treasurer.

The concept of Gandhi’s non-violence became more necessary at this point in life. Every Indian must be so proud that our national father has some place in the United Nations. Being an Indian American, Gandhi is always in our hearts. Let Gandhi’s message of non-violence reach the world for peace. Let the war stop in people’s hearts: – Tom Kolath, GIC, Associate Treasurer.

Unveiling Mahatma Gandhi’s statue in the UN is an utmost honor not only for Indians but to mankind, recognizing his legacy and principles in this modern age speaks volumes. As GIC is embarking on it journey in integrating and connecting professionals of Indian origin across the globe, this recognition of Gandhi in UN is a catalyst for our mission: said Dr. Anil Paulose, President, GIC NY Chapter