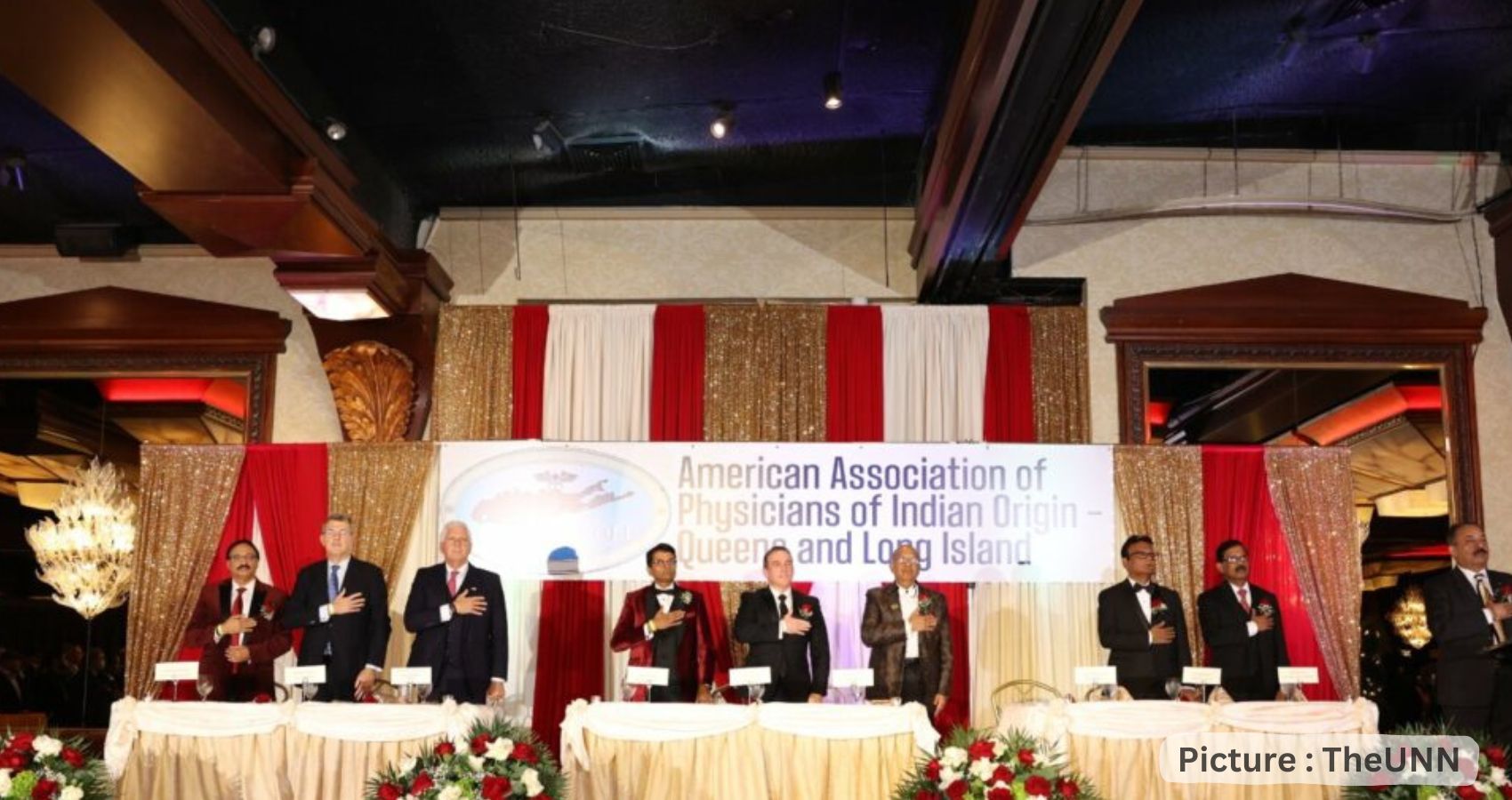 Speaking at the event about AAPIQLI activities and accomplishments through the year, Dr. Jayam elaborated on the ‘Three Pillars’ – Educational, Service and Charitable endeavors, that underlie the initiatives that the organization undertakes.

Under the Service category, the organization created a Service Committee to oversee activities to encourage members to engage with their local communities. A number of blood donation camps, flu shot camps, and medical seminars were among the activities. “One of the biggest upshots has been the creation of a Mental Health Hotline,” Dr. Jayam said. “And the other crown jewel is the Annual Continuing Medical symposium Education,” held in Nov 2022, with illustrious speakers, he noted. The AAPIQLI also held a student medical research day to recognize outstanding students from New York State. For the first time a Mentorship Committee was formed to help students coming from India, with finding jobs, skills to apply, and even including legal counsel.

The Chief Guest Dr. O’Shaughnessy and the Guests of Honor Dr. Lucore, and Blakeman, during their speeches, praised AAPIQLI for work done. “They were amazed at the breadth of achievements of the organization,” Dr. Jayam told Desi Talk.

One of the highlights of the event was honoring some of the most accomplished physicians in the Greater New York Tri-state area. The Honorees this year were: Richard Shlofmitz, Chairman of Cardiology at St. Francis Hospital and Service Line Director of Cardiology for the Catholic Health; Meena Bansal, Professor of Medicine at Icahn School of Medicine and Director of Transplant Hepatology Fellowship and Translational Research in the Division of Liver Diseases at Mount Sinai Health center; Rohan Ramakrishna, Chief of Neurosurgery at New York-Presbyterian/Brooklyn Methodist Hospital & Weill Cornell Medical College; and, Bhavani Srinivasan, the Lifetime Service Awardee.

The celebration included a dance performance by the AATMA Group with music by Dr. Biba Singh. Program was conducted by Dr. Sunil Mehra. The AAPIQLI leadership praised the efforts of the team including – Dr. Jagdish Gupta, chair of the Board of Trustees; Dr. Abhay Malhotra, immediate Past President; Dr. Devendra Shrivastava, co chair, Dr. Venu Pall, co-chair; Dr. Raj Bhayani, media chair and others.

Dr. Sudhir Parikh, chairman of Parikh Worldwide Media told ITV Gold which covered the event, described the event as “a great gathering of doctors” from the greater New York area. He praised the organization for doing “great work.”

The AAPIQLI is a non-profit organization formed in June 1995, under the leadership of Dr. Narendra Hadpawat. The Inaugural dinner was held at Leonard’s of Great Neck, NY attended by about 150 physicians. Today AAPIQLI is the largest chapter of the national American Association of Physicians of Indian Origin.