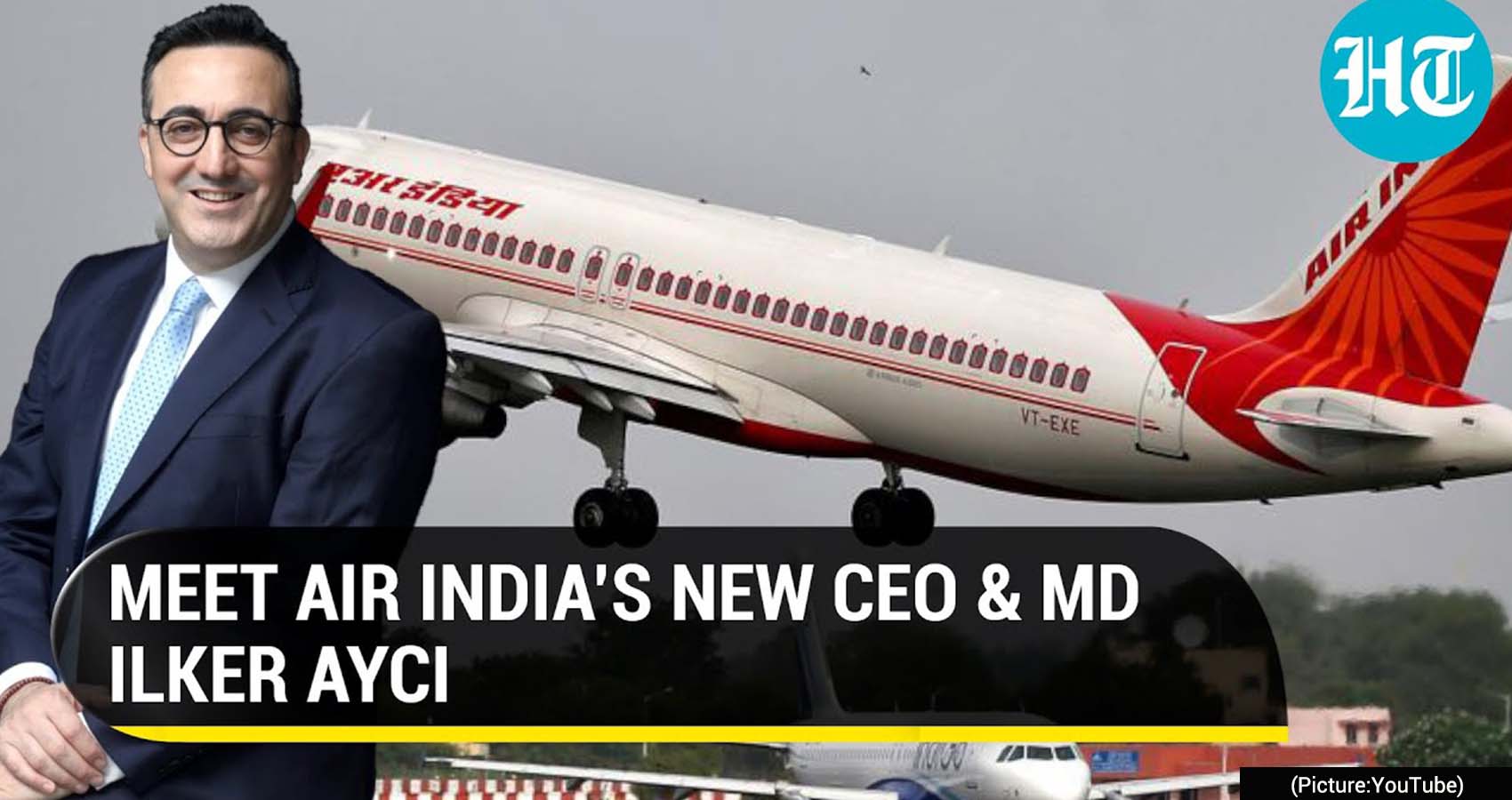 The Tata Group has appointed Ilker Ayci — former Turkish Airlines Chairman — as Air India’s Managing Director and CEO effective on or before April 1. The development is in line with the Tata Group’s plans to appoint an expatriate chief to run the airline it took over from the Indian government last month.

The Air India board met on Monday last week to consider the candidature of Ayci, with Tata Sons chairman N Chandrasekaran as a special invitee, and approved his appointment, Tata Sons said in a statement. Ayci’s appointment is subject to requisite regulatory approvals.

The announcement also comes a day after Air India asked its cabin crew to wear minimal jewellery to avoid delays at security checks and not to visit duty-free shops after clearing the immigration process as part of the airline’s efforts to improve its on-time performance.

Commenting on the appointment, Tata Sons chairman N Chandrasekaran said, “Ilker is an aviation industry leader who led Turkish Airlines to its current success during his tenure there. We are delighted to welcome Ilker to the Tata Group where he would lead Air India into the new era.”

Ilker Ayci was chairman of Turkish Airlines since 2015, and his resignation from the post was announced by the airline on January 27 this year — the same day Tatas were handed over Air India by the Centre.

During his professional career, Ayci has been an advisor to the then Mayor of Istanbul Recep Tayyip Erdoğan in the Metropolitan Municipality of Istanbul, where he took part in a number of development projects in Turkey’s largest city. Erdoğan is currently the President of Turkey.

Ayci was born in Istanbul in 1971. He is 1994 alumni of Bilkent University’s Department of Political Science and Public Administration, according to the Tata Group statement. After a research stay on political science at the Leeds University in the UK in 1995, he completed an International Relations Master’s program at the Marmara University in Istanbul in 1997.

“Tata Group made the winning bid at ₹18,000 crore to bag the airline in October last year. Of this, ₹15,300 crore is in the form of debt, while the remaining ₹2,700 crore is in cash. The cash consideration has been paid to the government.

The airline is run by Tata Sons’ wholly-owned subsidiary Talace. Out of its total debt of ₹61,562 crore, ₹46,262 crore has been transferred to Air India Assets Holding Ltd (AIAHL), a special purpose vehicle formed by the government in 2019 for holding debt and non-core assets of Air India.

Founded by Jehangir Ratanji Dadabhoy Tata in 1932, the aviation division of Tata Sons was listed as Air India in 1946, and it began flights to Europe in 1948 under the banner of Air India International. The airline was nationalised in 1953 by the nation’s first prime minister Jawaharlal Nehru.