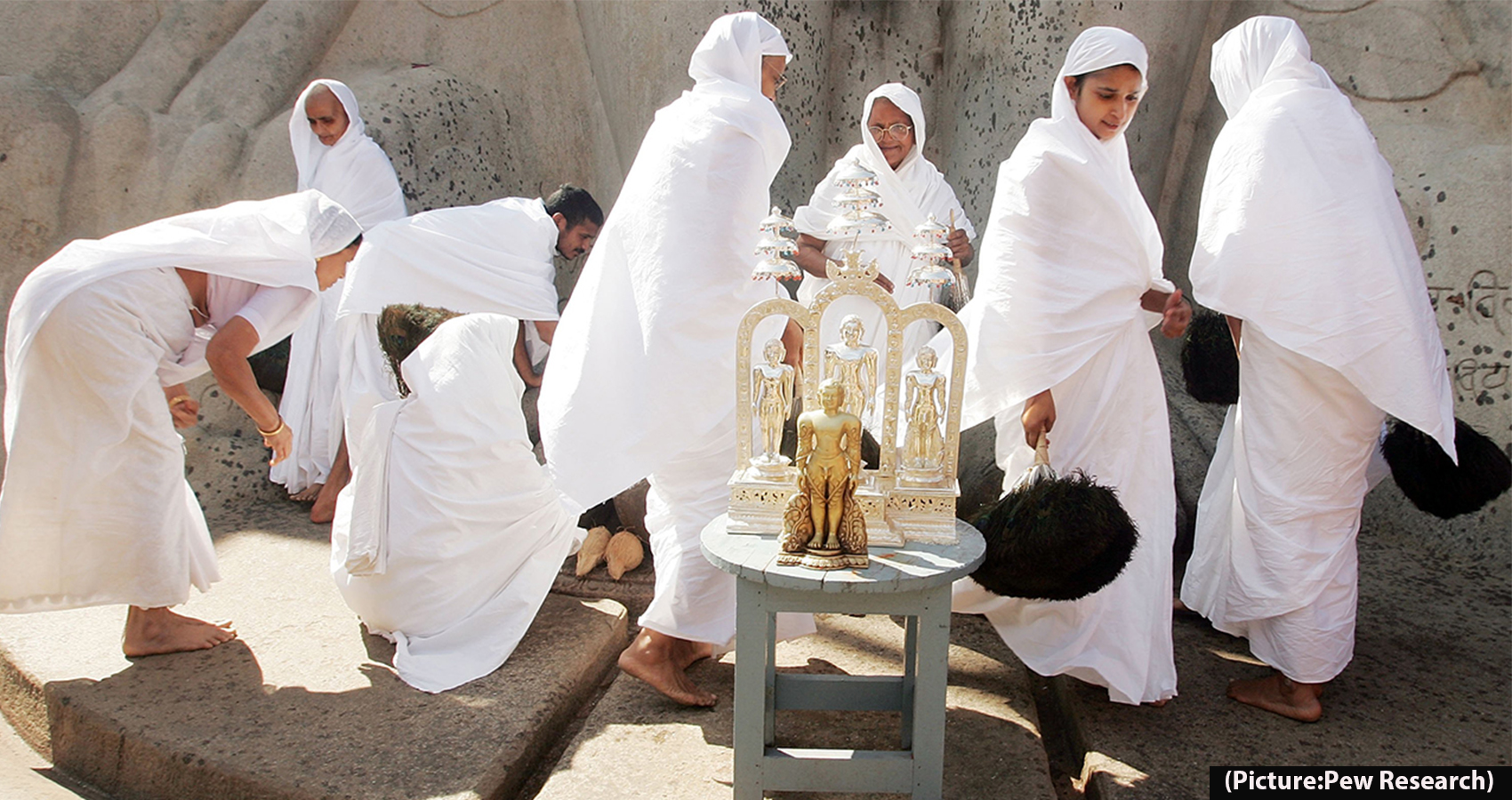 Jainism is one of the world’s oldest religions, originating in India at least 2,500 years ago. The spiritual goal of Jainism is to become liberated from the endless cycle of rebirth and to achieve an all-knowing state called moksha. This can be attained by living a nonviolent life, or ahimsa, with as little negative impact on other life forms as possible. 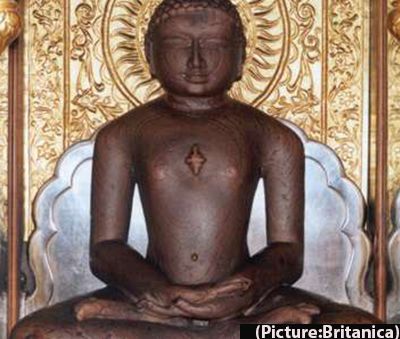 The traditions of Jainism were largely carried forward by a succession of 24 tirthankaras, or teachers, most notably Vardhamana Mahavira, the last of the tirthankaras and likely a contemporary of Gautama Buddha. Both Mahavira and Buddha emphasized the importance of self-discipline, meditation and ascetic life as the key to salvation. Their teachings often stood in contrast to those of Vedic priests of the time who emphasized ritual practices and their own role as intermediaries between humanity and the gods.

Today, a sliver of India’s population (0.4%) identifies as Jain, making it the smallest of the country’s six major religious groups after Hinduism, Islam, Christianity, Sikhism and Buddhism. Indians overall know very little about this ancient religion and its practices, according to a June 2021 Pew Research Center report based on a survey of nearly 30,000 Indians. Here are six facts about Jains in India, from the report.

Jains are concentrated in India’s West, largely in Maharashtra. Despite Jainism’s historic origins in India’s Eastern region, few Jains remain in the East. The changes in the regional concentration of Jains are believed to have started around 300 B.C.E. when Jains began migrating to the West, possibly in search of more favorable kingdoms. Today, 4% of the population of Mumbai – the capital of Maharashtra and the commercial and business center of India – identifies as Jain.

Jains are more highly educated and wealthier than Indians overall, and few identify as lower caste. Roughly a third (34%) of Jain adults have at least a college degree, compared with 9% of the general public, according to India’s 2011 census. Moreover, the vast majority of Jains fall into India’s top wealth quintiles, according to India’s National Family and Health Survey.

Wealth and education in India are inextricably linked with caste. Jains are the only religious group in India where a majority say they are members of a higher General Category caste. Most Indians (68%) are members of lower castes (Scheduled Castes, Scheduled Tribes or Other Backwards Classes), compared with 20% of Jains who identify with these communities.

Almost all Jains are vegetarian, in line with guidance to pursue ahimsa (not harming other life). Roughly nine-in-ten Indian Jains (92%) identify as vegetarian, and two-thirds of Jains (67%) go further by abstaining from root vegetables such as garlic and onion. Eating root vegetables is seen as a form of violence in Jain teachings because consuming the root of a plant destroys the plant in its entirety. These dietary practices extend outside the home; more than eight-in-ten Jain vegetarians also say they would not eat food in the home of a friend or neighbor who was non-vegetarian (84%) or in a restaurant that served non-vegetarian food (91%).

Jains feel they have a lot in common with Indian Hindus. Despite theological differences between Jain and Hindu teachings – for instance, Hinduism teaches that the universe was created, but Jainism does not – the two religions share many similarities in their teachings and practices. For example, both religions teach about karma, and roughly three-quarters of both Jains (75%) and Hindus (77%) say they believe in karma. (Karma is often understood as the idea that humans will eventually reap the benefits of their good deeds and pay the price for their bad deeds, often in their next life, though survey respondents were not offered a definition.)

However, that feeling is not fully reciprocated. Just 19% of Hindus see a lot of commonality with Jains. One reason for this mismatch may be that Jains tend to know more about Hindus – who make up 81% of the Indian population – than vice versa. Three-in-ten Jains say they know “a great deal” about the Hindu religion and its practices, while just 3% of Hindus say they know a lot about Jainism.

Like many Indians, Jains tend to prefer living separately from other religious and caste groups. While nearly all Jains (92%) say they would be willing to accept a Hindu neighbor, significantly fewer say they would be willing to accept a Muslim (38%), Christian (46%), Sikh (55%) or Buddhist (58%) in the area where they live. Moreover, large majorities of Indian Jains say it is important to stop both women (82%) and men (81%) from marrying into other religious groups. And despite making up a small share of the national population, nearly three-quarters of Jains say that all or most of their close friends are also Jain (72%).

These attitudes are not uncommon in India – majorities of Hindus also oppose religious intermarriage – and may in part be tied to Jains’ particular demographic makeup. For example, while a majority of Jains identify as members of the higher General Category castes, Buddhists in India overwhelmingly identify as Dalits, or members of the lower Scheduled Castes. In fact, Jains are much more likely than other Indians to say that they would not accept a member of a Scheduled Caste as a neighbor (41% vs. 21% nationally). Moreover, large majorities of Jains say it is important to stop both women (79%) and men (74%) in their community from marrying into other castes.

Dietary preferences may also play a role in Jain attitudes about other groups; unlike Jains, most Muslims and Christians in India, for example, say they are not vegetarian.

Jains’ political preference for the BJP may in part be tied to their views on religion and national identity, which in some ways reflect Hindu nationalist sentiments more akin to their Hindu compatriots than other minority communities in India. A significant share of Jains (44%) say being Hindu is very important to truly being Indian, as do a majority of Hindus (64%). Among other religious groups, far fewer people share this view, including just 21% of Sikhs. A slim majority of Jains (54%) also tie authentic Indian identity with speaking the Hindi language, one of the dozens of languages spoken in India. Among Hindus, these sentiments are closely associated with support for the BJP.