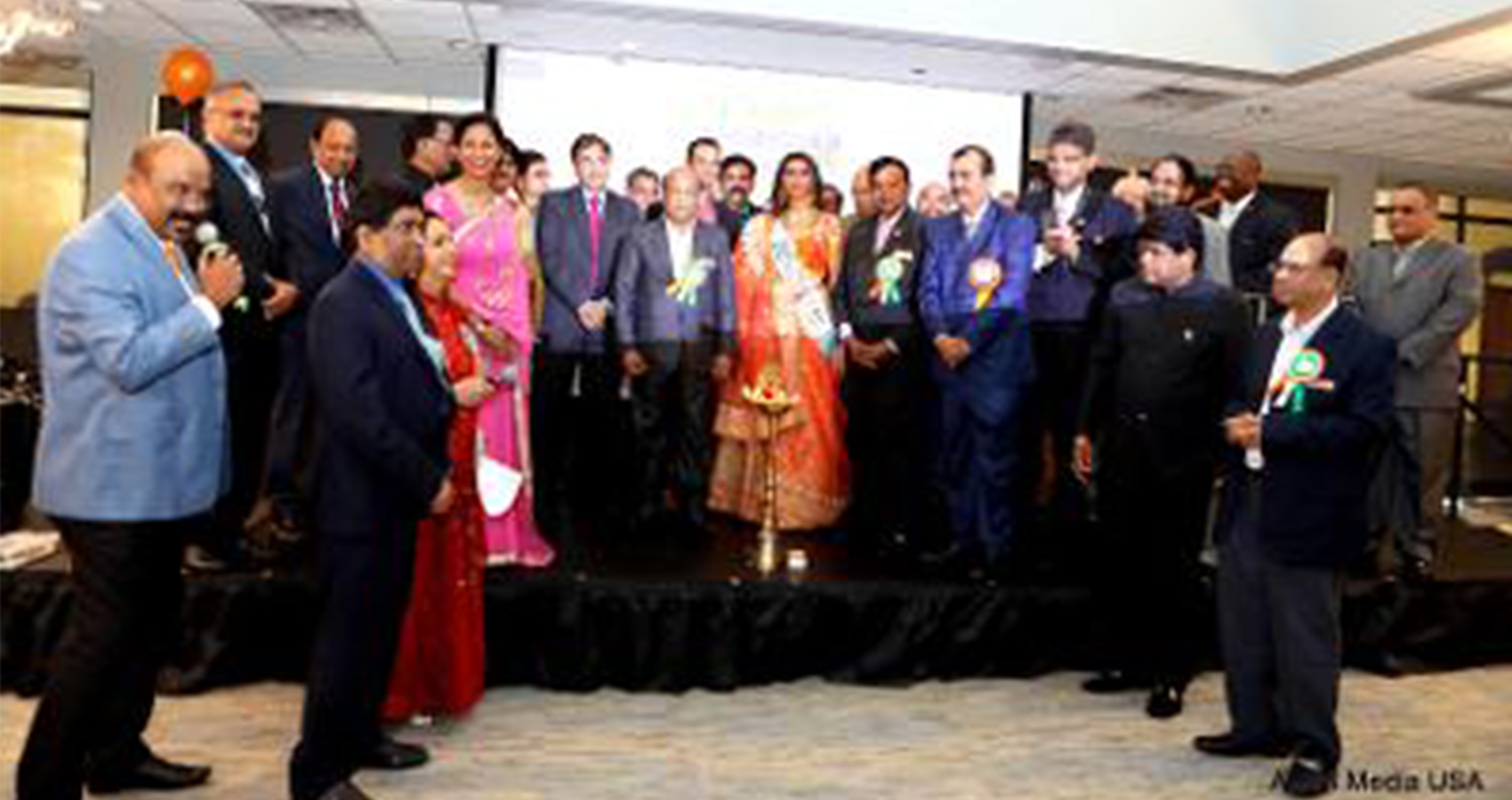 Federation of Indian Associations [FIA] hosted a grand glittering 75th Indian Independence Day Gala Banquet marking a dazzling milestone celebration ostensibly enhanced with illuminating traditional, patriotic and contemporary dance presentations depicting the majestic elements and the magnificent soul of India matched only by the inspiring remarks that sparked the patriotic fervor of the enthusiastic guests in a grand ballroom of the Hoffman Marriot on Friday, August 13, 2021 in Hoffman Estate, Illinois. 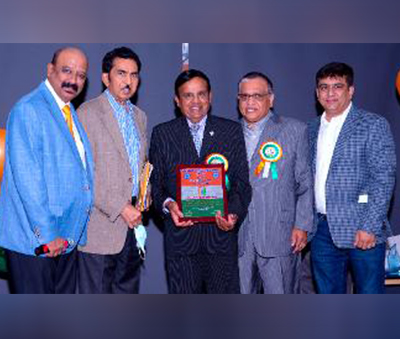 The gala banquet reminisced the golden moments in the history of India and paid rich tributes to the vanguard of freedom fighters who accorded the Independence to India. Ms. Neetu Chandra

Bollywood Actress, National Award Winner, International Taekwondo Player graced the occasion as the Grand Marshall to the gala. Angel Tetarbe World Peace Messenger Los Angeles 2019 and Miss Glamourous World India 2017 was also invited to be a part of the Gala.

Sunny Kular to the dais to mark the auspicious beginning of the evening’s grand celebrations that set-in motion a series of cultural dance presentations and rousing remarks.

FIA’s Founder President Sunil Shah in his remarks warmly welcomed the honored guests and the families; he specially thanked, recognized and acknowledged the ranking members of the FIA leadership team for fervently striving excellence in hosting a befitting gala in honor of India’s Independence. Sunil Shah took the opportunity to salute the vanguard of freedom fighters who gave the ultimate sacrifice to extract India’s freedom. Sunil Shah said, it is my vision to see that FIA playing a more proactive role in the community and help in the causes that are significant to our Indian Americans.

FIA President Dr. Kamal Patel in his remarks outlined the significance of Indian Independence and profusely thanked the chief guest and the prominent guests of honor Dr. Umang Patel and Dr. Sreenivas Reddy, praising their achievements in their fields as well as their philanthropic deeds during the pandemic.

Krishnamoorthi to the gathering and invited him to the dais. U.S. Congressman Raja Krishnamoorthi in his impassioned remarks commended Federation of Indian Associations for hosting such a grand India Independence banquet bringing in so many together to joyously celebrate the 75th birthday of India.

Praising FIA and its leadership team, Congressman Raja Krishnamoorthi said FIA represents Freedom, Independence & Ascendency and went on to say that Indian Americans have made tremendous Dr. Umang Patel and Dr. Sreenivas Reddy in their address to the gathering congratulated the FIA team for the Grand Celebration of the 75th India Independence Day broaching the subject of the progress India has made after independence in a relatively short time and the Indo American influence that the Indian Diaspora has in the same.

State Senators Cristina Castro and Laura Murphy , State representative Michelle Mussman and Mayor of Schaumburg Tom Dailly, Village President of Hoffman Estates William McLeod, Mayor of Hanover Park Rodney Craig and Village President of Oak Brook Gopal Lalmalani in their address to the gathering each paid glowing tributes to the indomitable and enduring spirit of Indian democracy and the contribution the Indian Diaspora has made in the US and the Indo American relations that have been fast paced and improved over the years. Deepakant Vyas, Dr. Umang Patel, Dr. Sreenivas Reddy, Syed Hussaini, Amarbir & Harry Ghoman, Brij

Earlier, the evening’s celebrations began with the beautiful rendition of the Indian and American national anthem led by Rita Shah & Mir Ali. Bharat Goradia a prominent National Promoter for US tours of Bollywood Personalities was invited to the stage to address the gathering and introduce Ms. Neetu Chandra. Students of SR Dance Academy a Founder Member and Past President Rita Singh’s company provided dance numbers that enthralled the audience. Beautiful Ideas, a Neelam Saboo concept showcased Indian Fashion at the gala with a India themed Fashion Show.

scenes to make this event a grand success. FIA would like to thank all its Media Partners Adhbhut Media, India Post, Desi Talk, TV Asia, Asian Media, Hi India Divya Bhaskar and the Indian Eye for their presence and support.