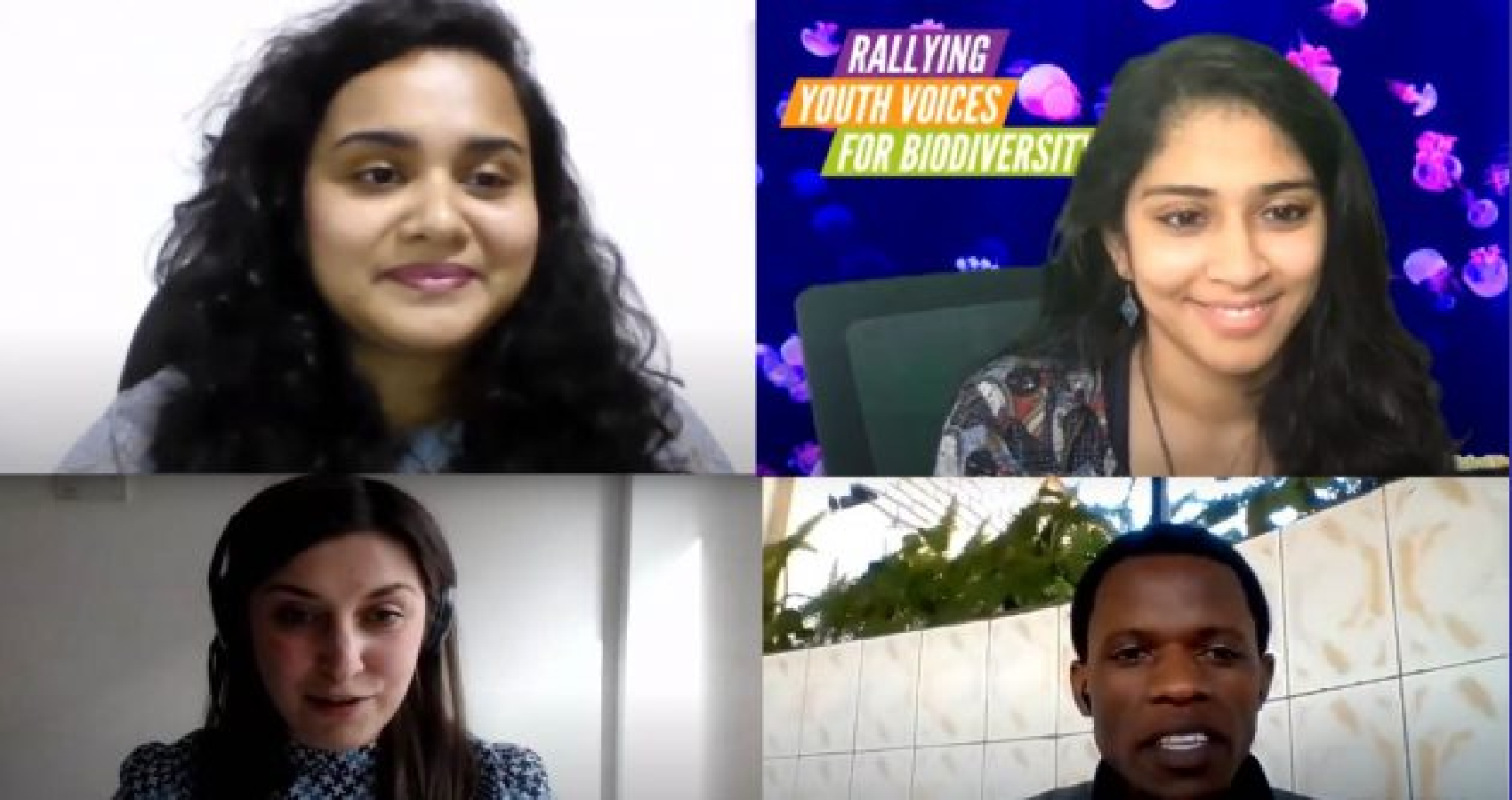 Following almost two weeks of talks on issues such as climate change, innovation, marine conservation and social justice, thousands of young people from across the globe concluded the first-ever International Union for Conservation of Nature’s (IUCN) One Nature One Future Global Youth Summit with a list of demands for action on nature.

Under three umbrella themes of diversity, accessibility and intersectionality, they are calling on countries and corporations to invest the required resources to redress environmental racism and climate injustice, create green jobs, engage communities for biodiversity protection, safeguard the ocean, realise gender equality for climate change mitigation and empower underrepresented voices in environmental policymaking.

“Young people talk about these key demands that they have and most of the time, they are criticised for always saying ‘I want this,’ and are told ‘but you’re not even sure you know what you can do,’” Global South Focal Point for the Global Youth Biodiversity Network (GYBN) Swetha Stotra Bhashyam told IPS. “So we linked our demands to our own actions through our ‘Your Promise, Our Future’ campaign and are showing world leaders what we are doing for the world and then asking them what they are going to do for us and our future.”

Bhashyam is one of the young people dedicated to climate and conservation action. A zoologist who once studied rare species from the field in India, she told IPS that while she hoped to someday return to wildlife studies and research, her skills in advocacy and rallying young people are urgently needed. Through her work with GYBN, the youth constituency recognised under the Convention on Biological Diversity, she stated proudly that the network has truly become ‘grassroots,’ with 46 national chapters. She said the IUCN Global Youth Summit, which took place from Apr. 5 to 16,  gave youth networks like hers an unprecedented platform to reach tens of thousands of the world’s youth.

“The Summit was able to create spaces for young people to voice their opinions. We in the biodiversity space have these spaces, but cannot reach the numbers that IUCN can. IUCN not only reached a larger subset of youth, but gave us an open space to talk about critical issues,” she said. “They even let us write a blog about it on their main IUCN page. It’s called IUCN Crossroads. They tried to ensure that the voice of young people was really mainstream in those two weeks.” 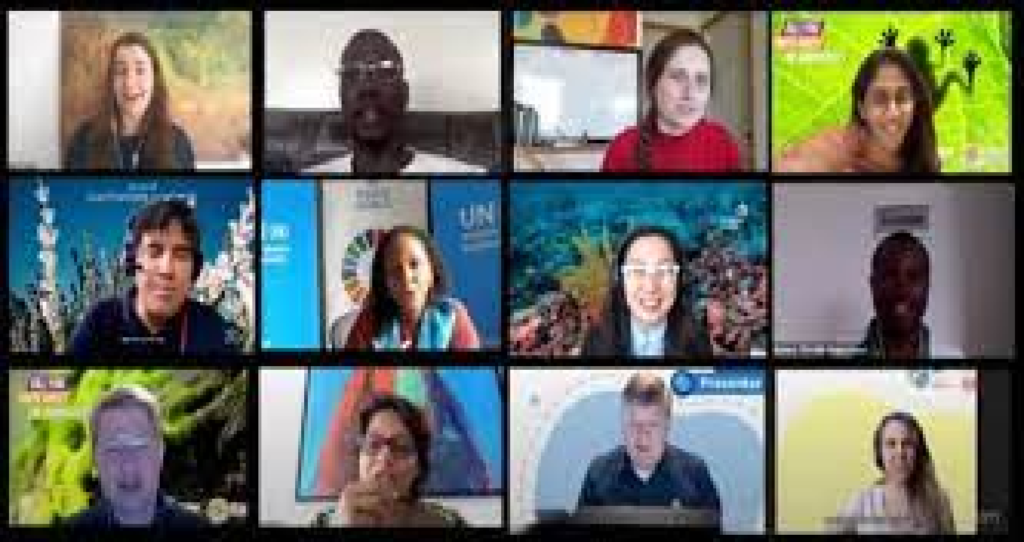 The United Nations Secretary-General’s Envoy on Youth, Jayathma Wickramanayake, told IPS that the Summit achieved an important goal of bringing institutions and political conversations closer to young people. During her tenure, Wickramanayake has advocated for a common set of principles for youth engagement within the UN system, based on rights, safety and adequate financing. She said it is important for institutions to open their doors to meaningful engagement with young people.

“I remember in 8th or 9th grade in one of our biology classes, we were taught about endangered animal species. We learned about this organisation called IUCN, which works on biodiversity. In my head, this was a big organisation that was out of my reach as a young person.

The Youth Envoy said the Summit was timely for young people, allowing them to meet virtually following a particularly difficult year and during a pandemic that has cost them jobs, education opportunities and raised anxieties.

“Youth activists felt that the momentum we had created from years of campaigning, protesting and striking school would be diluted because of this uncertainty and postponement of big negotiations. In order to keep the momentum high and maintain the pressure on institutions and governments, summits like this one are extremely important,” Wickramanayake said.

Other outcomes of the Global Youth Summit included calls to:

The event was billed as not just a summit, but an experience. There were a number of sessions live streamed over the two weeks, including on youth engagement in conservation governance, a live story slam event, yoga as well as a session on how to start up and scale up a sustainable lifestyle business. There were also various networking sessions.

Diana Garlytska of Lithuania represented Coalition WILD, as the co-chair of the youth-led organisation, which works to create lasting youth leadership for the planet.

She told IPS the Summit was a “very powerful and immersive experience”.

“I am impressed at how knowledgeable the young people of different ages were. Many spoke about recycling projects and entrepreneurship activities from their own experiences. Others shared ideas on how to use different art forms for communicating climate emergencies. Somehow, the conversation I most vividly remember was on how to disclose environmental issues in theatrical performances. I’m taking that with me as food for thought,” Garlytska said.

For Emmanuel Sindikubwabo of Rwanda’s reforestation and youth environmental education organisation We Do GREEN, the Summit provided excellent networking opportunities.

“I truly believe that youth around the world are better connected because of the Summit. It’s scary because so much is going wrong because of the pandemic, but exciting because there was this invitation to collaborate. There is a lot of youth action taking place already. We need to do better at showcasing and supporting it,” he told IPS.

Sindikubwabo said he is ready to implement what he learned at the Summit.

“The IUCN Global Youth Summit has provided my team and I at We Do GREEN new insight and perspective from the global youth community that will be useful to redefine our programming in Rwanda….as the world faces the triple-crises; climate, nature and poverty, we made a lot of new connections that will make a significant positive change in our communities and nation in the near future.”

The Global Youth Summit took place less than six months before the IUCN World Conservation Congress, scheduled forSep. 3 to 11. Its outcomes will be presented at the Congress.

Reflecting on the just-concluded event, the UN Secretary-General’s Envoy on Youth is hoping to see more of these events.

“I would like to see that this becomes the norm. This was IUCN’s first youth summit, which is great and I hope that it will not be the last, that it will just be a beginning of a longer conversation and more sustainable conversation with young people on IUCN… its work, its strategies, policies and negotiations,” Wickramanayake said.