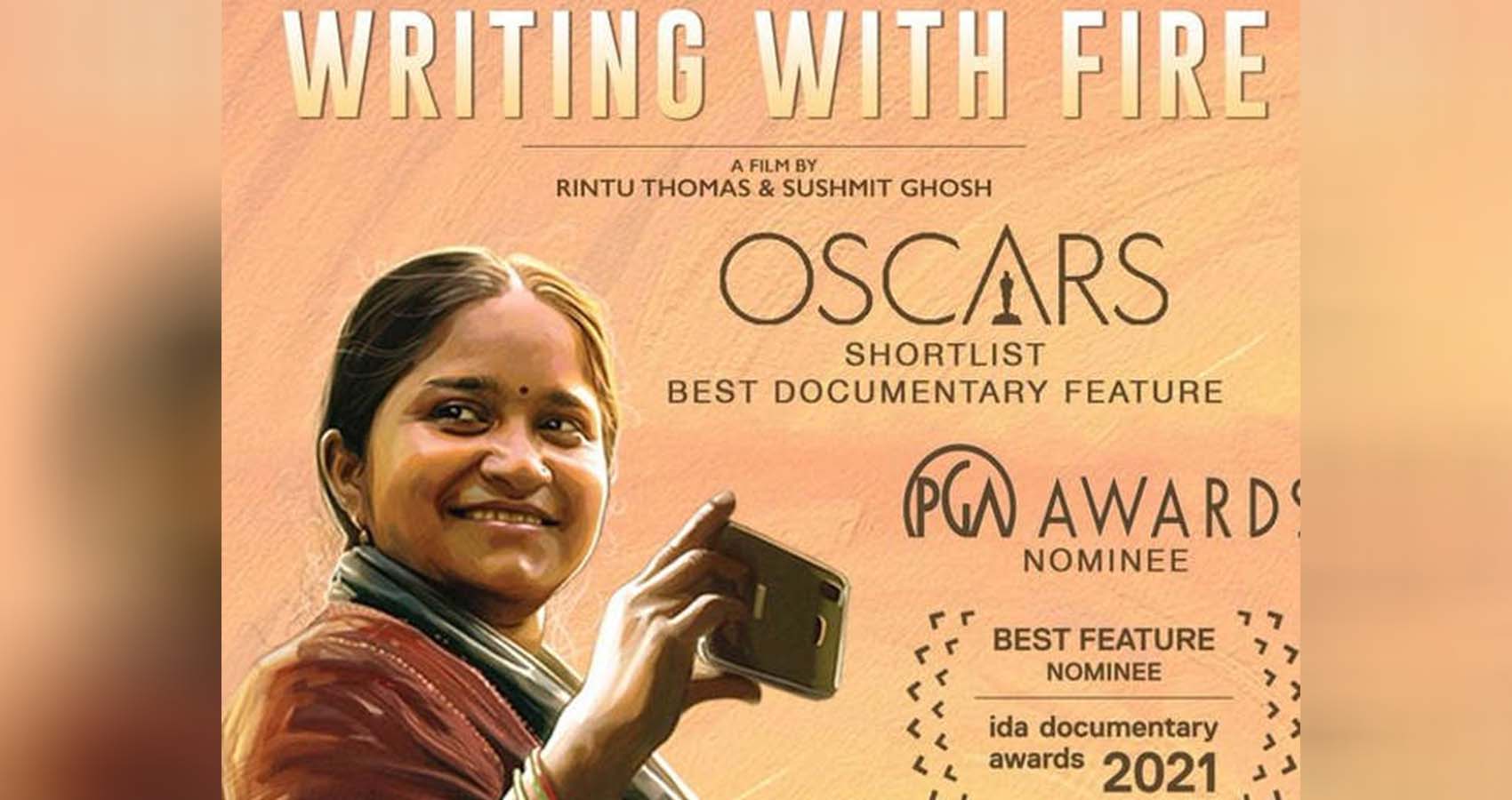 “Writing with FIRE” has become the first documentary from Indian filmmakers to ever be nominated for an Academy Award. Directed by Rintu Thomas and Sushmit Ghosh, the film is executive produced by long-time Indiaspora Friend Anurima Bhargava.

The nominations were announced live on the Twitter and official YouTube channel of the Academy of Motion Picture Arts and Sciences by Tracee Ellis Ross and Leslie Jordan. In a video posted on Twitter by Rintu Thomas, one of the creators of the film, she, co-creator Sushmit Ghosh and their families are seen watching the event live. 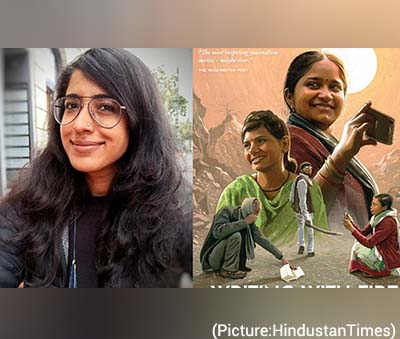 The heartwarming moment went viral on social media with fans and celebs both congratulating Rintu and sharing the video. Actor Ali Fazal shared Rintu’s original tweet and wrote, “This is HUGEEEE!!!!!! Congratulationsssssss.” Filmmaker Neeraj Ghaywan also shared the video on his timeline and tweeted, “Congratulations to the whole team! This is amazing!”

Lyricist Varun Grover replied to Rintu’s tweet congratulating the team. “So well done, so wholesome. Congratulations and best wishes for the journey ahead,” he wrote. Fans noted how wholesome the video was. One commented, “The sheer joy on the filmmaker’s face. Congratulations.”

Directed by Rintu and Sushmit, both debutants, Writing With Fire chronicles the rise of Khabar Lahariya, India’s only newspaper run by Dalit women. The film will compete against four other films in the category: Ascension, Attica, Flee, and Summer of Soul (Or, When the Revolution Could Not Be Televised).

The film shares the story of Khabar Lahariya, the only news network in India run by women, a group of intrepid rural Dalit journalists.  Hailed as “the most inspirational journalism movie, maybe ever” (Washington Post), the film won the audience award and special jury award at Sundance, the audience award at IDFA (largest documentary film festival in the world) and nearly 30 awards globally.

Armed with smartphones and the courage and conviction one must be born with, they investigate the incompetence of the local police force, listen to and stand by victims of caste and gender violence, and challenge long-standing, harmful practices that lead to injustice and intimidation.

Other nominees in the category are: Ascension, Attica, Flee, and Summer of Soul (Or, When the Revolution Could Not Be Televised).

Jane Campion’s gothic western The Power of the Dog led nominations to the 94th Academy Awards, where streaming services more than ever before swept over Hollywood’s top honours.