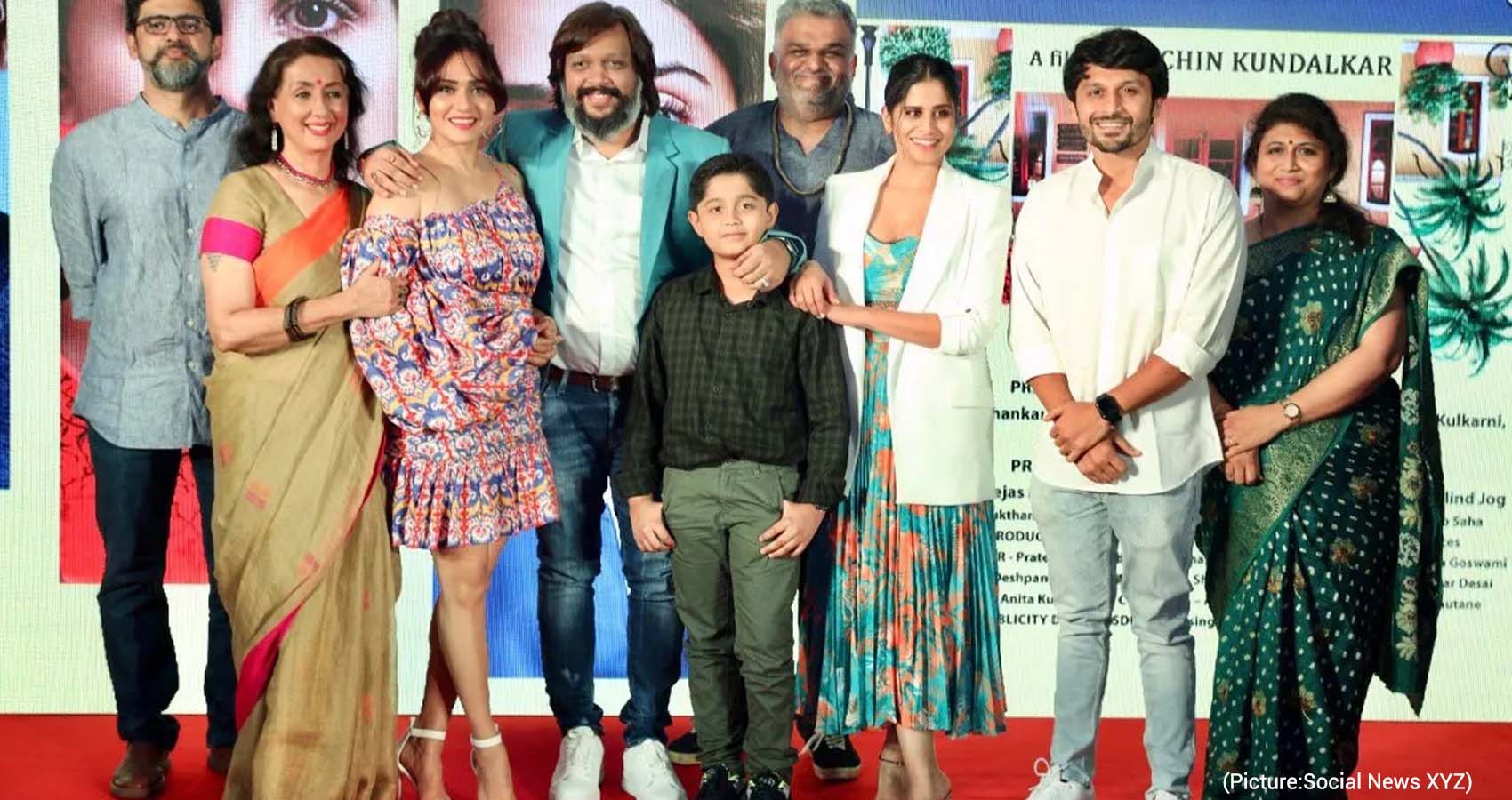 Shot on a smartphone, the film ‘Pondicherry’ is all about its beaches, natural beauty, French houses, people and culture of the city. Directed by Sachin Kundalkar, the film features Sai Tamhankar, Vaibhav Tatwawadi, Amruta Khanvilkar, Mahesh Manjrekar, Neena Kulkarni, Gaurav Ghatnekar and Tanmay Kulkarni. And the credit for making it unique with it’s photography goes to the DOP Milind Jog.

The launch of the trailer of the most awaited film ‘Pondicherry’ took place in Mumbai in Pondicherry Cafe.

Actress Amruta Khanvilkar, in the context of her role in the film, says: “The story attracted me the most and undoubtedly Sachin Kundalkar is one of the finest story tellers. I have thoroughly loved the depth of my character and the uniqueness of the film which is shot through a smartphone. In fact we shot with a limited crew which was a challenge for each one of us, but as said it’s all worth it in the end when the team has worked with all their heart.”

On the other hand actress Sai Tamhankar, expresses her happiness to be part of the movie. She talks about her character and what makes this movie different.

She adds: “I feel extremely blessed to bag such a brilliant film and this powerful character. Beauty of my character Nikita is ‘woman of few words & more of action’. Also, working with co-stars who are outstanding in portraying their roles, makes me even more inspired. It feels so good to bounce back with a fresh story line with one of my favourite filmmakers, Sachin Kundalkar.” 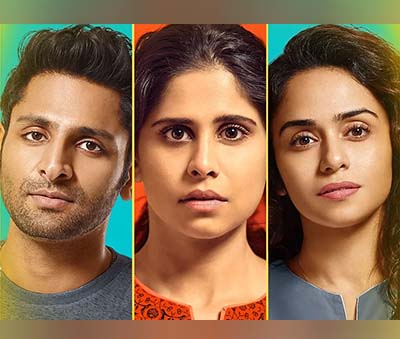 “I love the way he narrates his stories and the treatment Sachin gives and weaves his characters. The process of this film is something that has changed me in and out and for the better . It’s a film made on an Iphone (smartphone) with a crew of 15 people and an actor without (hair, makeup, assistant, chauffeur) any kind of assistance: truly a liberating experience!,” she shares.

Actor Vaibhav Tatwawadi shares why he took up the opportunity and what he liked most about this film. He says: “Coming up with a story based on the town of Pondicherry caught my attention at first. The stunning frames, brilliant direction and portrayal of the entire film are something new to be watched for viewers.”

Director Sachin Kundalkar gives insight into the idea behind the movie and appreciates Milind Jog for the way he shot the entire film.

He says: “This film brings different subjects altogether. The film may sound like a love triangle from the teaser, the theme of the same is way beyond that. Since this whole movie was shot on mobile, the obvious technical difference can be noticed. But, to maintain that balance and feel we shot it pretty carefully and came up with a great creation. It also showcases the brilliance of photographer Milind Jog. Many versatile actors have come together to make the film. This unique emotional story will surely appeal to the audience.”

Presented by Akshay Bardapurkar and Planet Marathi, a Vistas Media Capital Company, the film ‘Pondicherry’ is written and directed by Sachin Kundalkar and produced by Neil Patel from Moh Maya Films.

Talking about the film, Planet Marathi Head and Founder Akshay Bardapurkar says: “We love working with innovative stories and direction to entertain the audience. ‘Pondicherry’ is a result of the same brilliant experiment. A different subject and storyline people will get to see in this film. The subject of the same is entertaining as well as informative.” The film is all set to release on February 25 in theatres. (IANS)