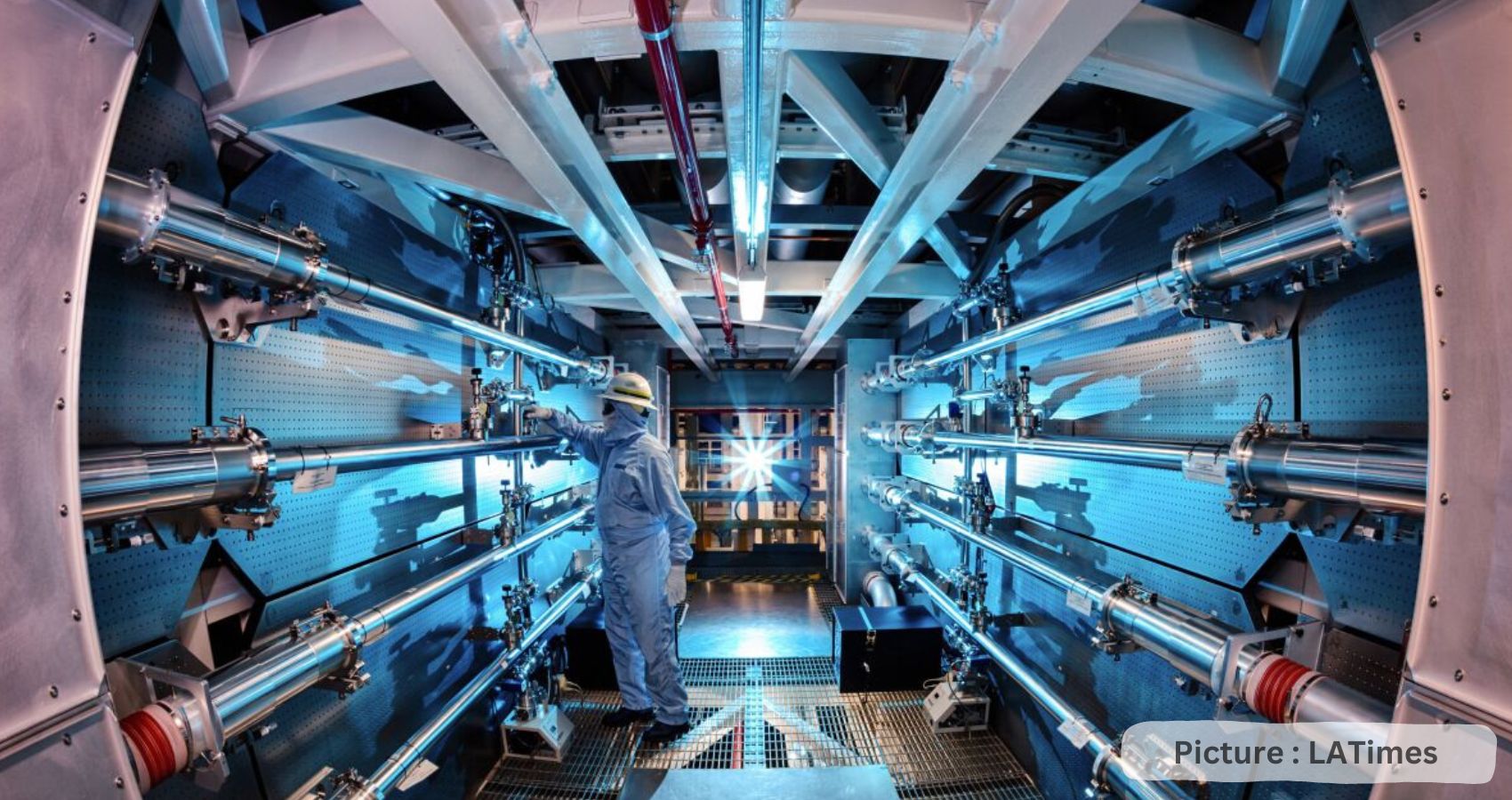 For the first time ever, US scientists at the National Ignition Facility at the Lawrence Livermore National Laboratory in California successfully produced a nuclear fusion reaction resulting in a net energy gain, a source familiar with the project confirmed to CNN.

Using powerful lasers to focus enormous energy on a miniature capsule half the size of a BB, scientists at the Lawrence Livermore National Laboratory in California started a reaction that produced about 1.5 times more energy than was contained in the light used to produce it.

There are decades more to wait before fusion could one day — maybe — be used to produce electricity in the real world. But the promise of fusion is enticing. If harnessed, it could produce nearly limitless, carbon-free energy to supply humanity’s electricity needs without raising global temperatures and worsening climate change.

At the press conference in Washington, the scientists celebrated. “So, this is pretty cool,” said Marvin “Marv” Adams, the National Nuclear Security Administration deputy administrator for defense programs.

The result of the experiment would be a massive step in a decadeslong quest to unleash an infinite source of clean energy that could help end dependence on fossil fuels. Researchers for decades have attempted to recreate nuclear fusion – replicating the fusion that powers the sun.

US Energy Secretary Jennifer Granholm will make an announcement Tuesday on a “major scientific breakthrough,” the department announced Sunday. The breakthrough was first reported by the Financial Times.

Nuclear fusion happens when two or more atoms are fused into one larger one, a process that generates a massive amount of energy as heat. Unlike nuclear fission that powers electricity all over the world, it doesn’t generate long-lived radioactive waste.

Scientists across the globe have been inching toward the breakthrough, using different methods to try to achieve the same goal.

The National Ignition Facility project creates energy from nuclear fusion by what’s known as “thermonuclear inertial fusion.” In practice, US scientists fire pellets that contain a hydrogen fuel into an array of nearly 200 lasers, essentially creating a series of extremely fast, repeated explosions at the rate of 50 times per second.

The energy collected from the neutrons and alpha particles is extracted as heat, and that heat holds the key to producing energy.

“They contain the fusion reaction by bombarding the outside with lasers,” Tony Roulstone, a fusion expert from the University of Cambridge’s Department of Engineering, told CNN. “They heat up the outside; that creates a shockwave.”

Even though getting a net energy gain from nuclear fusion is a big deal, it’s happening on a much smaller scale than what’s needed to power electric grids and heat buildings.

“It’s about what it takes to boil 10 kettles of water,” said Jeremy Chittenden, co-director of the Centre for Inertial Fusion Studies at Imperial College in London. “In order to turn that into a power station, we need to make a larger gain in energy – we need it to be substantially more.”

In the UK, scientists are working with a huge donut-shaped machine outfitted with giant magnets called a tokamak to try to generate the same result.

After a small amount of fuel is injected into the tokamak, giant magnets are activated to create a plasma. The plasma needs to reach at least 150 million degrees Celsius, 10 times hotter than the core of the sun. This forces the particles from the fuel to fuse into one. With nuclear fusion, the fused product has less mass than the original atoms. The missing mass converts to an enormous amount of energy.

Neutrons, which are able to escape the plasma, then hit a “blanket” lining the walls of the tokamak, and their kinetic energy transfers as heat. This heat can then be used to warm water, create steam and power turbines to generate power.

Last year, scientists working near Oxford were able to generate a record-breaking amount of sustained energy. Even so, it only lasted 5 seconds.  Whether it’s using magnets or shooting pellets with lasers, the result is ultimately the same: Heat sustained by the process of fusing the atoms together holds the key to helping produce energy.

The big challenge of harnessing fusion energy is sustaining it long enough so that it can power electric grids and heating systems around the globe.

Chittenden and Roulstone told CNN that scientists around the globe now must work toward dramatically scaling up their fusion projects, and also bring the cost down. Getting it commercially viable will take years of more research.

“At the moment we’re spending a huge amount of time and money for every experiment we do,” Chittenden said. “We need to bring the cost down by a huge factor.”

However, Chittenden called this new chapter in nuclear fusion “a true breakthrough moment which is tremendously exciting.”

“The opposing argument is that this result is miles away from actual energy gain required for the production of electricity,” he said. “Therefore, we can say (it) is a success of the science but a long way from providing useful energy.”