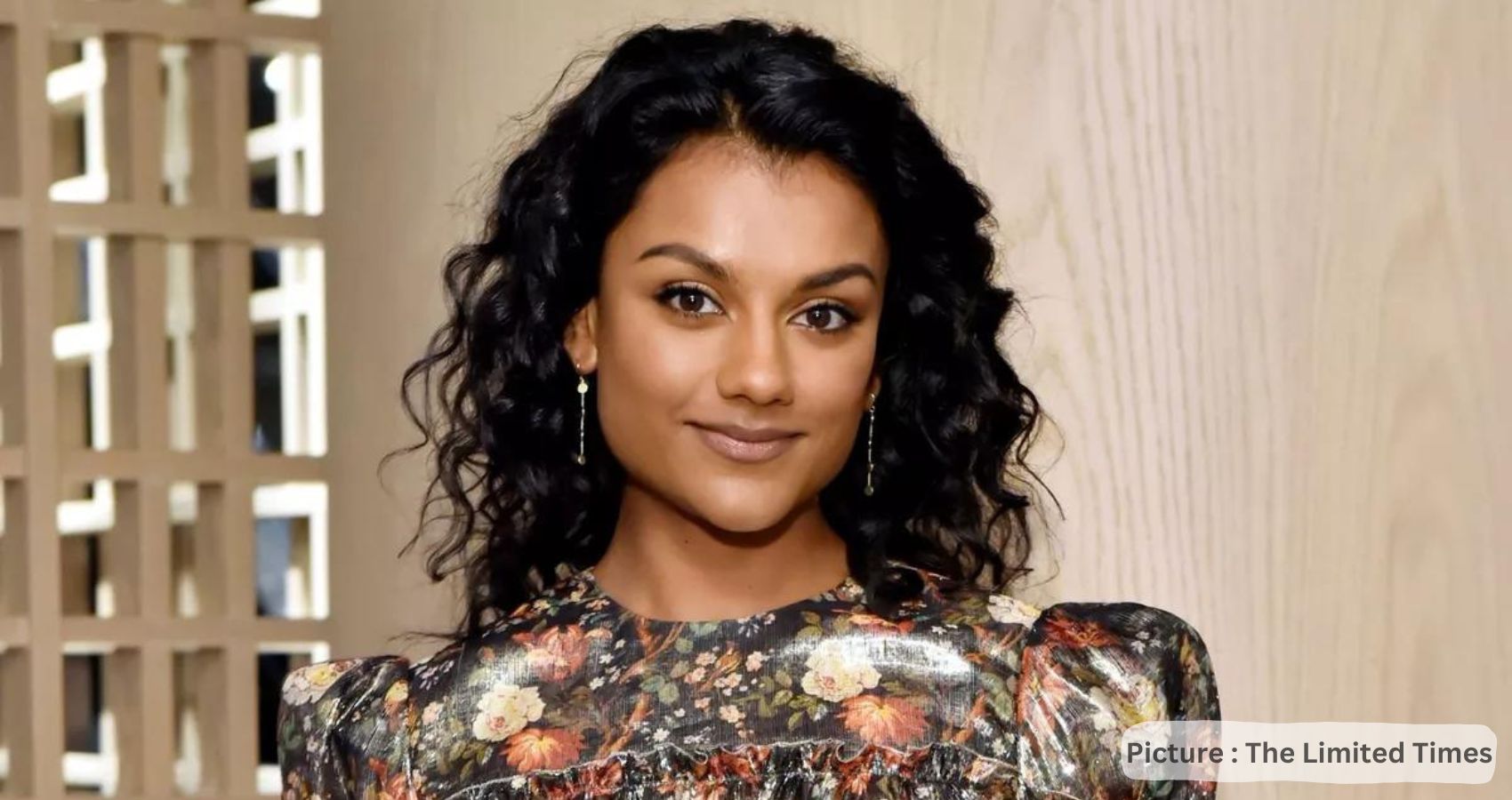 Simone Ashwini Pillai, known professionally as Simone Ashley, a British actress is among this year’s nine Associated Press’ Breakthrough Entertainers of the Year, a class of talent that flowered in 2022.

“They worked hard, with the rewards coming slowly but surely. Then something came along — often a key role or sometimes a cluster, maybe an album — and it all became next-level, a shift triggering where-did-you-come-from vibes,” a press release issued by AP stated,  “That describes most of They are Sadie Sink, Stephanie Hsu, Tenoch Huerta, Joaquina Kalukango, Iman Vellani, Daryl McCormack, Tobe Nwigwe, Simone Ashley and Danielle Deadwyler.”

She was born to Indian Tamil parents, Latha and Gunasekharan, and has an older brother.Simone Ashley is best known for her roles in the Netflix series Sex Education and Bridgerton. Ashley made her feature film debut in 2018 with a small role in Boogie Man as Aarti and a prominent role in Kill Ben Lyk as one of the characters named Ben Lyk.

Ashley found herself leading season two of the Regency-era period drama “Bridgerton.” She had a role in the series “Sex Education,” but playing the fiercely independent Kate Sharma for Shonda Rhimes was her first lead character in a major production.

Ashley grew up singing classical music and opera and playing the piano. She also later attended Redroofs Theatre School in Maidenhead for the sixth form and continued to train in acting at the Arts Educational School in London.

Simone Ashley began her acting career in 2006 as Inspector Coliandro on the comedy crime TV show Inspector Coliandro, where she received her first on-screen credit. Carlo Lucarelli produced the episode, which featured Ashley in the role of Veena. Later that year, she starred as Dana in the third season of the BBC American TV series Broadchurch. In the same year, Simone had the chance to play Aarti in Andrew Morahan’s show ” Boogie Man.” Ella-Rae Smith as Kristen, Ramon Tikaram as Deepak, Amy Jackson, Nick Moran as Gerry, Karan Gill as Rama, among others are among the series’ core cast members.

Sink had been on Broadway and worked alongside stars such as Naomi Watts and Helen Mirren. But playing Max Mayfield in the fourth season of “Stranger Things,” she broke through as a brave skater girl who never lets go of her Walkman, who hates pink, plays video games and is a “Dragon’s Lair” champion.

Hsu also was a Broadway veteran with a few TV credits when she was asked to play both a sullen teen and an intergalactic supervillain in the movie “Everything Everywhere All at Once.” That led to an unforgettable performance that included dressing as Elvis and walking a pig on a leash.

Like many of the others on the list, Kalukango had racked up plenty of Broadway credits when she took a risk and played the lead in a Broadway musical, “Paradise Square.” It led to a best actress in a leading role Tony Award and a stunning moment in the telecast when she sang “Let It Burn.”

“Black Panther: Wakanda Forever” isn’t one of Huerta’s biggest roles but the Mexican actor suddenly launched a hundred memes as the mutant leader of a kingdom based on Mayan and Aztec influences beneath the ocean for centuries. Huerta, known for roles in the Netflix series “Narcos: Mexico” and the movie “The Forever Purge,” has taken a big step for movie diversity.

Nwigwe, just nominated for a Grammy as best new artist, has been bubbling up with noted appearances on NPR’s Tiny Desk Concert series and earning a spot on Michelle Obama’s 2020 workout playlist with “I’m Dope.” This year, the Houston-based artist was featured on the “Black Panther: Wakanda Forever” soundtrack and dropped the EP “moMINTs” to acclaim.

McCormack has worked consistently since 2018 but 2022 seems to have turned into something special with a constellation of roles — “Peaky Blinders,” the buzzy, dark comedy thriller “Bad Sisters,” plus a star-making performance as the title character in the film “Good Luck to You, Leo Grande” opposite Emma Thompson.

Deadwyler burst into the awards race this year with her performance in “Till” as Mamie Till-Mobley, the mother of teenager Emmett Till, who was lynched in 1955. She has also appeared in “The Harder They Come,” “Watchmen” and the Netflix series “From Scratch” and “Station Eleven.”

Vellani, another member of the Marvel Cinematic Universe on this list, is the exception, having had no such slow burn. The 19-year-old actor in “Ms. Marvel” plays a high school student enamored with all things superheroes only to find herself suddenly wielding powers of her own. And Vellani, in real life, is just starting to find her powers, like all the entertainers nominated here.