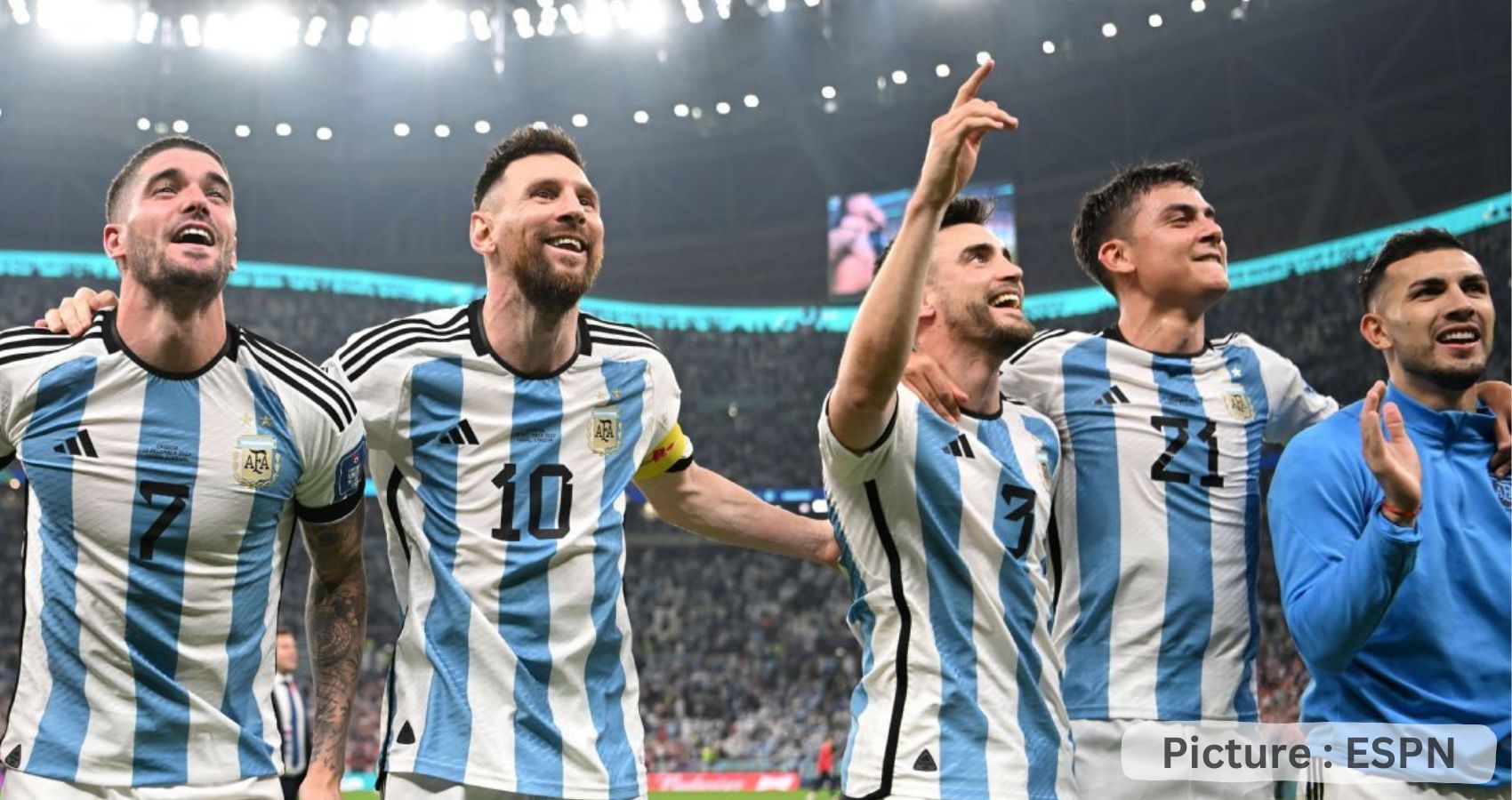 It’s Kylian Mbappé vs. Lionel Messi on Sunday, December 18th, 2022 at the Soccer World Cup Finals in Qatar, just about everyone was waiting for — and hoping for.

France and Mbappé are headed back to the biggest game in soccer, and to a much-anticipated matchup with Argentina, after ending Morocco’s historic run at the World Cup.

In front of the country’s president, Emmanuel Macron, France beat Africa’s first ever semifinalist 2-0 on Wednesday, with Mbappé playing a part in goals by Theo Hernandez in the fifth minute and substitute Randal Kolo Muani in the 79th.

Mbappé became a global phenomenon by leading France to the World Cup title in Russia in 2018 and has a chance to cement his status as the sport’s new superstar when he comes up against the 35-year-old Messi, who has dominated the game with Cristiano Ronaldo for the past 15 years.

For some, that makes it the dream final, with France looking to become the first team to retain the title since Brazil in 1962 and Argentina on a mission to win soccer’s ultimate prize in what is likely to be Messi’s last World Cup.

“We need all our strength, all our energy to face a very competitive team with one of the legends in the sport with Messi,” France goalkepeer Hugo Lloris.

Earlier this week, the streets of Argentina turned into a party Tuesday as the national team beat Croatia by a comfortable 3-0 and earned this soccer-crazed South American country a spot in the World Cup final.

Fans poured onto the streets of the capital of Buenos Aires as soon as the match ended, with people waving Argentina flags out of their cars while others jumped and sang in joy amid a sea of wearing the national team’s jersey.

Buenos Aires had come to a standstill on what was a scorching summer afternoon as fans packed cafes, restaurants and public plazas, where giant screens followed the exploits of the Lionel Messi-led team.

The agonizing start of the tournament for Argentina was followed by a string of victories that have brought some much-needed joy to a country stuck in an economic standstill with one of the world’s highest inflation rates, closing in on almost 100% per year, and where close to four of every 10 people live in poverty.

The sky-high hopes for the Argentina team only increased here after the quarter-final against the Netherlands, an agonizing match that ended in a penalty shootout and led to a collective feeling the team that had shocked the world by losing its opening match against Saudi Arabia had finally found its groove.

There will be no team from the Arab world in the final of the first World Cup in the Middle East, a prospect that seemed nigh impossible before the tournament yet nearly happened in Qatar.

Morocco has been widely lauded for breaking ground for Africa and generated an outpouring of pride among Arab nations after topping a group containing Croatia and Belgium and eliminating two more European powers — Spain and Portugal — in the knockout stage. Their players gave France a far-from-easy ride, too, before collapsing on the ground in despair after the final whistle.

Remarkably, Hernandez’s early goal was the first scored against them by an opposition player in the tournament — the other had been an own-goal in the group stage — but Morocco responded to that and injury issues in its defense with a brave performance in front of tens of thousands of fans who dominated the 60,000-seat Al Bayt Stadium.

France was forced into some last-ditch defending at times but has developed a knack of pulling out victories despite not playing its best.

Mbappé helped create the goal for Hernandez because his shot deflected off a defender and into the path of the left back, who let the ball bounce before driving a downward effort into the net from a tight angle.

Typically a defense-first team, Morocco was forced to come out and play even though it was reeling from losing Nayef Aguerd to injury in the warmup and another center back, captain Romain Saiss, after only 21 minutes because of a hamstring injury. Both players were doubts ahead of the game but were risked by Morocco coach Walid Regragui.

Roared on by its red-and-green-clad fans, Morocco came closest to scoring when Jawad El Yamiq hit the post with an overhead kick in the 44th minute and forced France to defend in numbers.

However, Mbappé enjoyed more space as Morocco tired late in the second half and, after dribbling past two defenders, his deflected shot was tapped in by Kolo Muani, who had been on the field for less than a minute.

The goal was celebrated in the VIP seats by Macron, who flew in for the match and had earlier visited the Souq Waqif bazaar in Doha before traveling to the stadium.

Mbappé is France’s leader on the soccer field and although he was kept relatively quiet by Morocco right back Achraf Hakimi — his teammate at Paris Saint-Germain — he showed glimpses of his skills and lethal pace, including a 60-meter run down the left that had supporters out of their seats.

At the end, Mbappé consoled a distraught Hakimi and they swapped jerseys before France’s players ran in a line toward their small pocket of fans behind one of the goals.

France will be competing in the final for the fourth time in the last seven World Cups.

The World Cup trophy isn’t the only thing at stake on Sunday. Messi and Mbappé are tied as the leading scorers with five goals as they chase the Golden Boot award.

Morocco’s World Cup isn’t over. The team will play the third-place playoff match against Croatia at Khalifa International Stadium on Saturday.