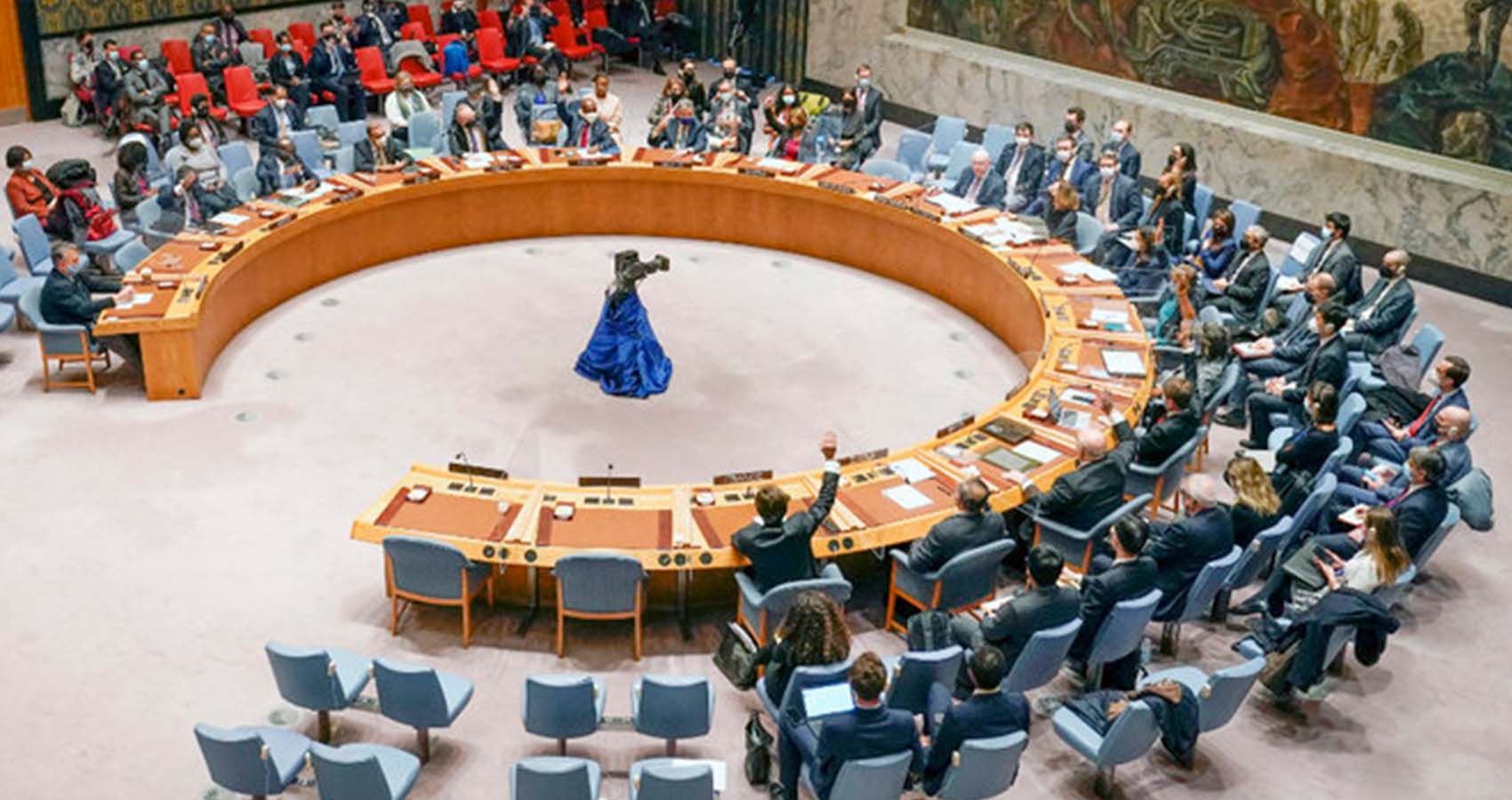 In the midst of the ongoing Russian aggression against Ukraine, India abstained from a United Nations Security Council’s (UNSC’s) resolution sponsored by the United States that deplores Russia’s actions in the strongest terms. Explaining its abstention, India’s permanent representative at the UN, T S Tirumurti said, “India is deeply disturbed by the recent turn of events in Ukraine.”

“Dialogue is the only answer to resolve differences and controversies, but it can be daunting at this point. It’s a shame that the diplomatic path has been abandoned. We have to go back to it. For all these reasons, India has chosen to refrain from this resolution, “said Tirmulti.

Russia vetoed the resolution as expected, but China and the United Arab Emirates also abstained from voting, with the remaining 11 members of the UNSC voting in favor of the resolution.

India’s abstention is described by experts as a balanced act of maintaining friends and partners on both sides. It is also a legacy of the non-aligned NeHrvian foreign policy and the way the two countries interacted in the United States. United Nations.

India’s inclination towards the Soviet Union

After independence, India has followed non-aligned policies and maintained a neutral position in the bipolar world. The Non-Aligned Movement (NAM) is a group of 120 countries in developing countries and is inconsistent with the major power blocks. It was founded in 1961 under the leadership of Jawaharlal Nehru with the leaders of Yugoslavia, Egypt, Ghana and Indonesia. Despite the official non-aligned policy, a slight inclination towards the Soviet Union was noticeable during this period.

In December 1971, India and Pakistan fought for 13 days—one of the shortest wars in history—over the humanitarian crisis in East Pakistan, now Bangladesh. India had, for months, been trying to convince the world that West Pakistan’s subjugation of East Pakistan was an emergency. Refugees from East Pakistan were pouring into India, and the situation would only be improved with a resolution of the political predicament between West and East Pakistan.

The Soviet Union was the only country that listened. In August of that year, Indian Prime Minister Indira Gandhi signed the India-Soviet Treaty of Peace, Friendship and Cooperation. Gandhi had held off on completing the agreement for domestic political reasons; she had not wanted to give fodder to those political opponents who accused her of being too cozy with the Soviet Union. But international concerns were soon more pressing: With the signing of the treaty, the Soviet Union provided India both the diplomatic and arms support it needed for the war Gandhi knew was coming, helping India over Pakistan.

While the world in 2020 is in many ways changed from that time, 1971 looms large in the India-Russia relationship today. Moscow was a reliable partner for New Delhi when no one else was. And the United States, meanwhile, actively ignored India’s pleas to deal with the situation in East Pakistan: President Richard Nixon and National Security Advisor Henry Kissinger considered Pakistan a key go-between in opening relations with China.

In a 2018 research paper, Professors Sanjay Kumar Pandy and Ankur Yadav suggest that the foundation of India’s affinity for the Soviet Union can be explained through the profound influence that socialist and Marxist ideas have had on many leaders of the free struggle. increase. “Jawaharlal Nehru, Subhas Chandra Bose’s ideological devotion, the formation of the Socialist Republican / Army, and the adoption of socialism and national planning by India are the links between socialist thought and the Soviet Union in India’s post-independence history. It’s a proof of sex,” TThey write.

Another reason India seeks intimacy with the Soviet Union is often cited as the growing proximity between the United States and Pakistan. “The true foundation of this relationship was laid when Nehru visited the Soviet Union in 1955 and the Soviet leaders Khrushchev and Bulganin visited again.” Write Pandey and Yadav. Since the 1950s, the Soviet Union has been closely involved in India’s industrial development, including the construction of the Birai and Bokaro steelworks and the establishment of public sector companies such as Bharat Heavy Electricals (BHEL) and oil and natural gas. Co., Ltd. (ONGC).

The deterioration of Sino-Soviet relations during the war between India and China in the 1960s brought the two countries closer together, leading to the signing of the Indo-Soviet Peace and Friendship Treaty in 1971. The basis of cooperation provided by the Soviet Union in the 1971 Bangladesh Liberation War. This was important to ensure India’s victory.

After the collapse of the Soviet Union, relations between India and Russia deteriorated, and Russia recognized the need to build close ties with the United States in order to rebuild economically and politically. In the 1990s, there was a change in India’s idealistic position.

However, by the mid-1990s, Russia had warmed up to India again as expectations for Russia’s western aid did not come true. When Russian President Boris Yeltsin visited India in January 1993, he claimed that both countries had ended a long-term suspension. Over the next few years, several treaties and agreements have been signed between the two countries to establish trade, diplomatic, military, industrial, scientific and technological cooperation. India is currently the second largest market for Russia’s defense industry. Indian military hardware cents are known to be imported from Russia.

In his dissertation, Pandey and Yadav suggest that the joint declaration and agreement between India and Russia shows that the two countries are in much the same position on many global and regional issues. .. Based on the prominent role of the United Nations and international law, common interests, equality, mutual respect, and non-interference in national affairs, “they write.

India and Russia at the United Nations

India’s devotion to Russia was evident in the way the two countries interacted at the United Nations. In an ORF article written by Aparajita Das in 2017, “Subtle balance: India’s voting record at the UN General AssemblyThe author wrote that during the 69 years since India’s independence, India’s voting pattern at the United Nations was the Soviet Union and the Russian Federation for only four years, 1946, 1948, 1950 and 1962. 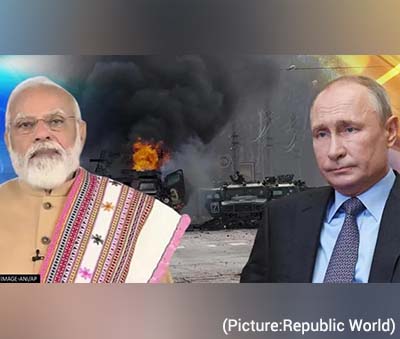 “It had little to do with the Soviet Union because it was about ideologies such as anti-colonialism, anti-imperialism, anti-apartheid, and pro-Palestine, which were the basis of non-allied nations. We also supported the Soviet block, “explains TP Sreenivasan, India’s former Deputy Standing Representative for the United Nations in New York. In her article, Das writes that the tendency towards the Soviet Union is likely to be partly due. “India and the former Soviet Union share a position as an economically developing country rather than an inherent idealistic affinity.”

At the same time, India was the beneficiary of Russia’s veto in some cases. The Soviet Union was the only country to reject a UN Security Council resolution against UN intervention in Kashmir in 1957, 1962, and 1971. Friendship with the Soviet Union began in 1955 when Nikita Khrushchev, the secretary of the Communist Party of the Soviet Union, came to Kashmir and declared it an integral part of India. Near that, call us from the top of the mountain and we will appear by your side. But in recent years, even Russia has changed its position slightly to argue that the Kashmir issue needs to be resolved through bilateral dialogue. “

Yet another example of Russia’s veto support for India was during the 1961 Gore liberation movement. The United States, Britain, France and Turkey have accused India of invading Goa and proposed a UN resolution calling on the country to withdraw its troops. The veto from the Soviet Union destroyed the resolution. Historian SR Sharma, who writes about Russia’s support for India in the case of Goa, states in his book “India-USSR Relations” (Volume 1): The situation when the West decided to pass a veto and withdrawal resolution at the Security Council. “

Russia’s veto was once again important in determining India’s victory in the 1971 Bangladesh Liberation War. The United States has passed a Security Council resolution calling for the suspension and withdrawal of troops by India and Pakistan. The Russians again vetoed the resolution allowed India to continue fighting for the cause, which ultimately led to the liberation of Bangladesh.

Sreenivasan states that despite the clear affinity between the two countries at the United Nations, there are some differences to remember. The Soviet Union also opposed India on many other issues. Most importantly, India will conduct a nuclear test in 1974. “Although not as loud as the Western nations, the Soviet Union did not agree with the violation of the Nuclear Non-Proliferation Treaty,” Sreenivasan said. As a result, India and the Soviet Union differed in voting on the disarmament issue.