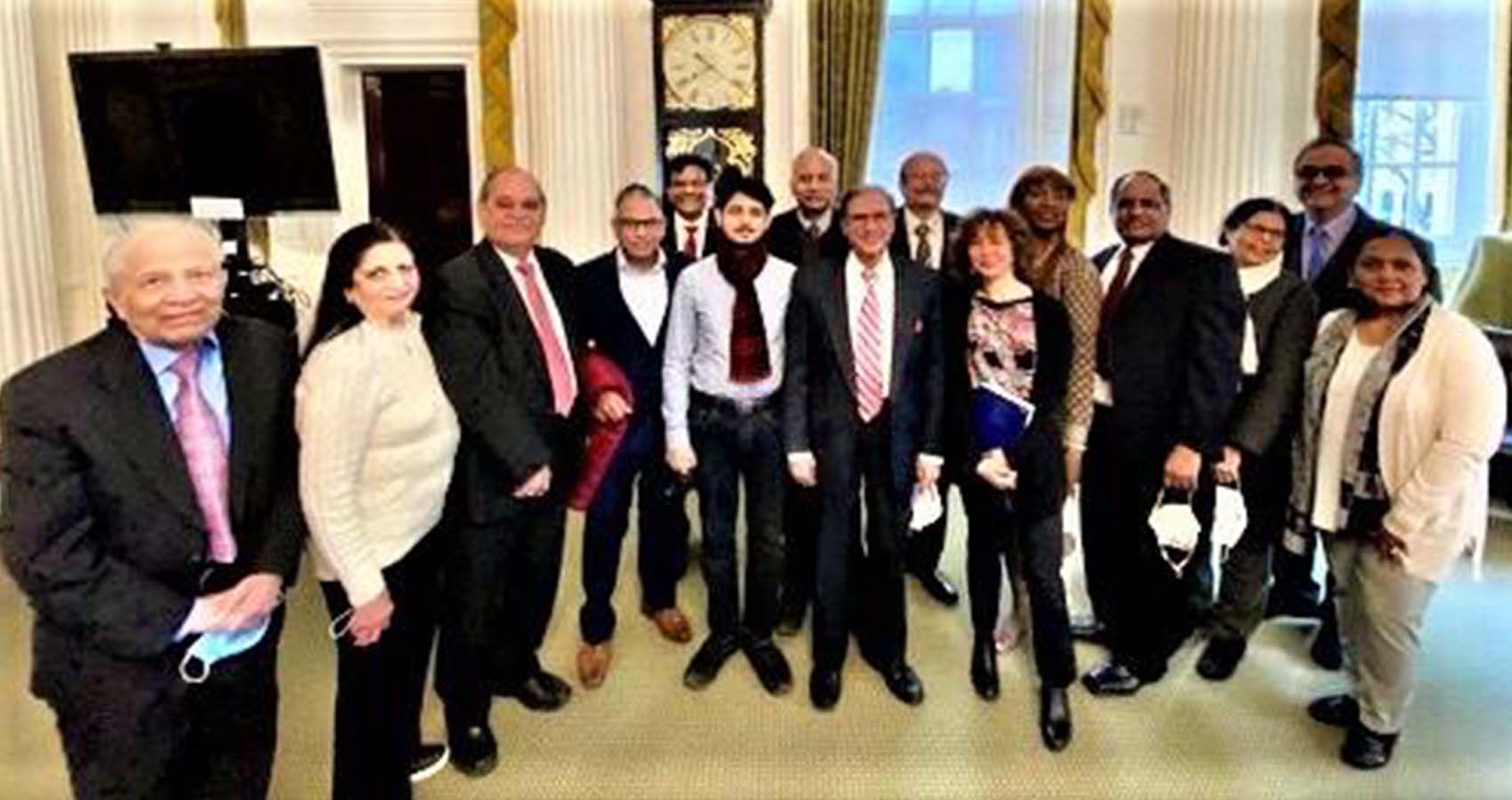 GOPIO officials along with other Indian community organizations were invited to New York city Hall on March 1st to discuss issues of the Indian community and perspectives on how the community can be involved in the city. It all started with GOPIO’s condemnation of the defacing of Mahatma Gandhi statue at the Union Square Park in February and GOPIO requesting Mayor Eric Adams to increase police presence in the park area as well as to apprehend and punish culprit. 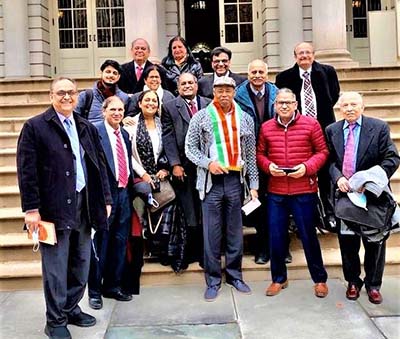 At the beginning of the meeting, GOPIO Chairman Dr. Abraham thanked Mayor Adams for appointing many Indian Americans in high position of the city administration. In addition to the issue of defacing of Mahatma Gandhi statue, many other issues were discussed at this power meeting of the City officials with the community. The community representatives urged the mayor to keep status que on gifted and talented classes for elementary classes. The delegation told the city officials that the gifted should always be given the opportunity to advance further in pursuit of knowledge and to achieve their full academic potential. Other issues brought out include discrimination, civil rights violations and violence against religious institutions in New York city. Chief Advisor Lewis Martin suggested to set up a committee from the community to work closely with NYPD on some of these issues. The following have been nominated to work on these issues with Girish Patel coordinating this effort along with Braj Aggarwal, Lal Motwani, and Beena Kothari. This committee will reach out to the larger Indian community on these issues.

Once major part of the discussion was on how to bring businesses to New York City, vis-à-vis New York businesses setting up business in India. The delegation told city officials that many Indian companies are setting business outfit in the US and that Indian Americans in New York city could serve as conduit to reach out to businesses in India. It was suggested that whenever trade and business delegations come to New York, City’s International Affairs Department must reach them out and hold meetings with them. Another Business Promotion Committee headed by Dr. Abraham was nominated along with Prof. Rajasekhar Vangapaty, Sudhir Vaishnav, Mukund Mehta, Ketan Shah and Karthikeya Parashar.

The delegation also suggested the city officials to continue with Diwali celebration and to hold a special celebration from the City for the 75th Anniversary of India’s Independence to honor the largest democracy of the world.

After the meeting with city officials, the delegation met Mayor Eric Adams and interacted with him. Mayor Adams gave high marks for the community’s contribution to make New York an exciting city to live.