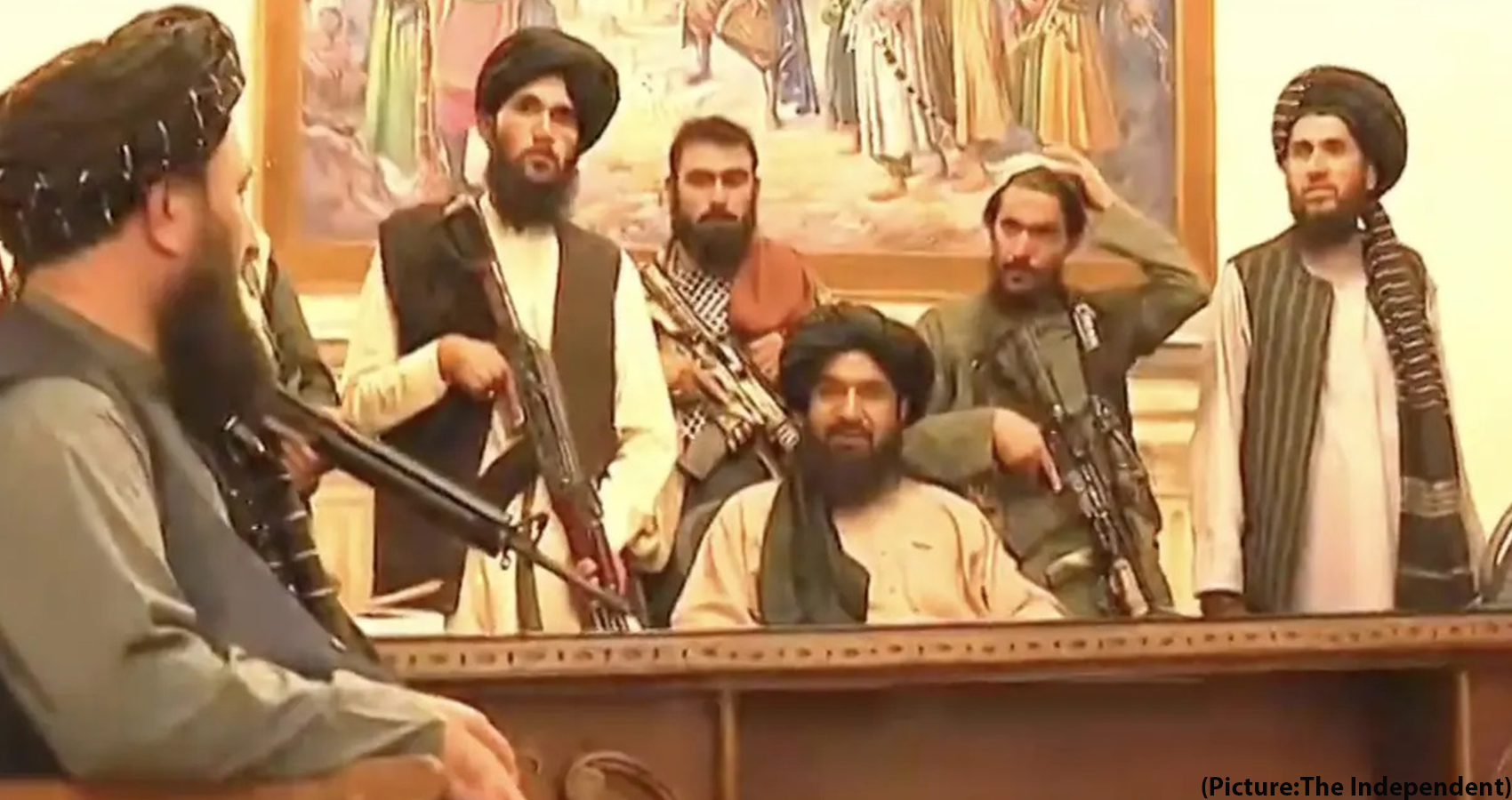 The Taliban arose in 1994 amid the turmoil that followed the withdrawal of Soviet forces from Afghanistan in 1989. The group was rooted in rural areas of Kandahar province, in the country’s ethnic-Pashtun heartland in the south. 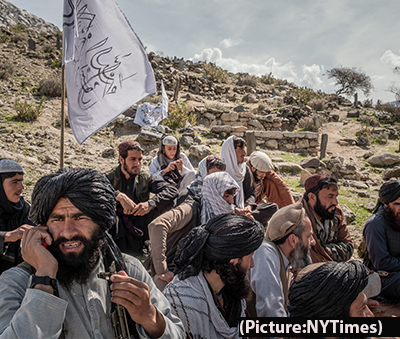 It was surprising, because until taking up arms just a year before, many of the fighters had been little more than religious pupils. Their very name meant “students.” The Taliban, they called themselves. A quarter-century later, after outlasting an international military coalition in a war that cost tens of thousands of lives, the onetime students are now rulers of the land. Again. Here is a look at the origin of the Taliban; how they managed to take over Afghanistan not once, but twice; what they did when they first took control — and what that might reveal about their plans for this time.

When did the Taliban first emerge?

The Taliban arose in 1994 amid the turmoil that followed the withdrawal of Soviet forces from Afghanistan in 1989. The group was rooted in rural areas of Kandahar province, in the country’s ethnic-Pashtun heartland in the south. The Soviet Union had invaded in 1979 to prop up the Communist government in Afghanistan, and eventually met the fate of big powers past and present that have tried to impose their will on the country: It was driven out.The Soviets were defeated by Islamic fighters known as the mujahedeen, a patchwork of insurgent factions supported by a U.S. government only too happy to wage a proxy war against its Cold War rival. But the joy over that victory was short-lived, as the various factions fell out and began fighting for control. The country fell into warlordism, and a brutal civil war. Against this backdrop, the Taliban, with their promise to put Islamic values first and to battle the corruption that drove the warlords’ fighting, quickly attracted a following. Over months of intense fighting, they took over most of the country.

How did the Taliban rule?

In 1996, the Taliban declared an Islamic Emirate, imposing a harsh interpretation of the Quran and enforcing it with brutal public punishments, including floggings, amputations and mass executions. And they strictly curtailed the role of women, keeping them out of schools. They also made clear that rival religious practices would not be tolerated: In early 2001, the Taliban destroyed towering statues known as the Great Buddhas of Bamiyan, objects of awe around the globe. The Taliban considered them blasphemous, and boasted that their destruction was holy. “It is easier to destroy than to build,” observed the militants’ minister of information and culture. There was a framework of a modern government, including ministries and a bureaucracy. But at the street level, it was religious edict, and the whim of individual commanders, that dictated everyday life for Afghans. They did not control the entire country, however. The north, where many of the mujahedeen commanders had taken up occupancy, remained a bastion of resistance.

What does Taliban rule mean for women?

The Taliban were founded in an ideology dictating that women should play only the most circumscribed roles in society. The last time they ruled, they barred women and girls from taking most jobs or even going to school. And women caught outside the home with their faces uncovered risked severe punishment. Unmarried women and men seen together also faced punishment. After the Taliban government was toppled by an American-led coalition, women made many gains in Afghanistan. But two decades later, as the U.S. negotiated a troop withdrawal agreement with the Taliban, many Afghan women feared that all of that ground would be lost. And as the militants take power, there have been ample signs that those fears are well-grounded.

In just one example, Taliban fighters entered a bank in Kandahar during fighting in July and ordered nine women working there to leave and said that male relatives should take their place, Reuters reported. And in the northern city of Kunduz this month, the city’s new Taliban rulers ordered women who had worked for the government to leave their jobs and never return. “It’s really strange to not be allowed to get to work, but now this is what it is,” one of the bank workers in Kandahar said.

Why did the U.S. invade Afghanistan?

When they were in power, the Taliban made Afghanistan a safe harbor for Osama bin Laden, a Saudi Arabia-born former mujahedeen fighter, while he built up a terrorist group with global designs: al-Qaida. On Sept. 11, 2001, the group struck a blow that rattled the world, toppling the World Trade Center towers in New York and damaging the Pentagon in Washington. Thousands were killed. President George W. Bush demanded that the Taliban hand over al-Qaida and bin Laden. When the Taliban balked, the United States invaded. Unleashing a heavy airstrike campaign, and joined by former mujahedeen groups within the anti-Taliban Northern Alliance coalition, the U.S. and its allies soon toppled the Taliban government. Most of the al-Qaida and Taliban officials who survived fled to Pakistan. Twenty years later, some of those same Taliban officials were among the delegation that struck a deal for the United States to leave Afghanistan, and they will number among the country’s new rulers.

What happened to the Taliban after their 2001 defeat?

With the shelter and assistance of Pakistan’s military — the same force receiving heavy financial aid from the United States to help hunt down al-Qaida — the Taliban reformed as a guerrilla insurgency. The U.S. began pouring resources into a new war in Iraq, and American officials told the world that Afghanistan was well on its way to becoming a Western-style democracy with modern institutions. But many Afghans were coming to feel that those foreign institutions were just another way for corrupt leaders to steal money. In the countryside, the Taliban began gaining ground, and support, particularly in rural areas. Their numbers grew — some fighters were intimidated into joining, others happy to volunteer, almost all of them better paid than local policemen. And the group found a rich recruiting vein among the Afghan diaspora in Pakistan, from families who had fled previous violence as refugees and were brought up in religious schools.

“Six years after being driven from power, the Taliban are demonstrating a resilience and a ferocity that are raising alarm,” The Times reported in 2008, noting that “a relatively ragtag insurgency has managed to keep the world’s most powerful armies at bay.” The Taliban weathered the storm when President Barack Obama vastly expanded the U.S. military presence in Afghanistan, up to around 100,000 troops in 2010. And when the Americans began drawing down a few years later, the insurgents began gaining ground again. It was a campaign of persistence, with the Taliban betting that the United States would lose patience and leave.

They were right. More than 2,400 American lives later, $2 trillion later, tens of thousands of Afghan civilian and security forces deaths later, President Donald Trump made a deal with the Taliban and declared that American forces would leave Afghanistan by mid-2021. President Joe Biden endorsed the approach, and presided over an uncompromising troop withdrawal even as the Taliban began gobbling up whole districts, and then cities. This week, just nine days after the Taliban seized their first provincial capital, the insurgents walked into the capital, Kabul. Taliban rule of Afghanistan has resumed.

What will the Taliban do next?

Taliban leaders have so far seemed to avoid inflammatory rhetoric, and have called on commanders to rule fairly and avoid reprisals and abuse. They have issued assurances that people will be safe. The early days of Taliban control have, in fact, seemed restrained in some places. But enough reports of brutality and intimidation have surfaced to send waves of refugees to Kabul ahead of the group’s advance. And now, the capital’s airport has become a scene of desperation and chaos, as thousands of Afghans try to flee the country at any cost. In Kunduz, the first major provincial capital to fall to the Taliban, residents were unconvinced by promises of peace from their new rulers.“I am afraid, because I do not know what will happen and what they will do,” one resident said. “We have to smile at them, because we are scared, but deeply we are unhappy.”