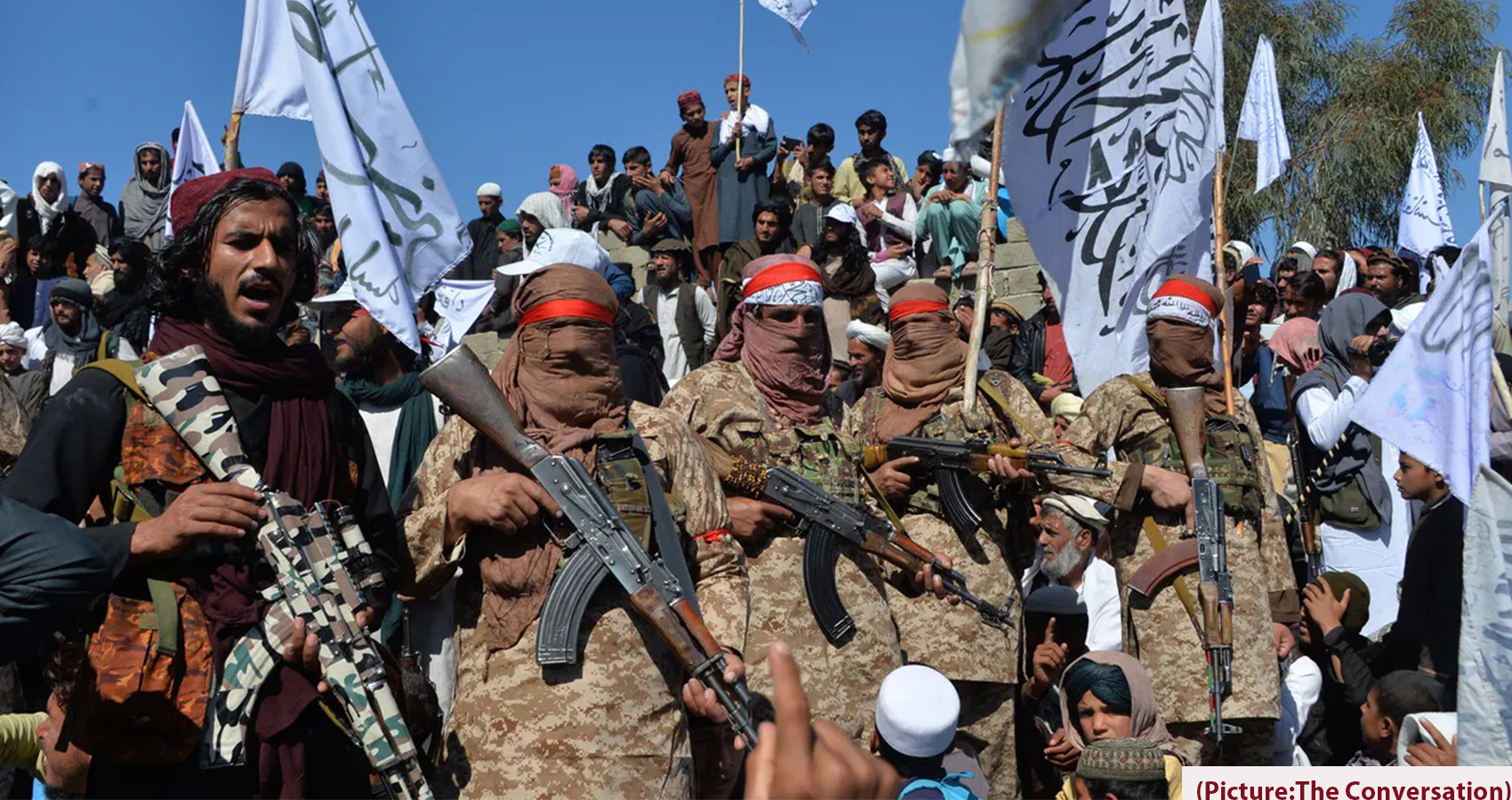 Where did the Taliban find funds to sustain themselves over a two-decade war with the US? With the Americans gone and the Afghan opposition collapsed, what military assets do the Taliban have? 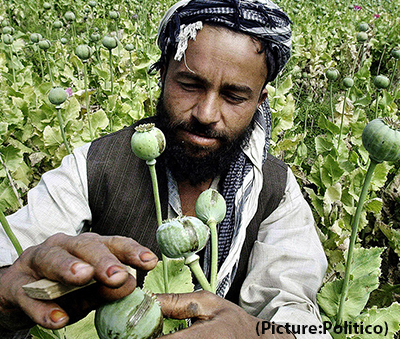 In returning to power in Kabul over the weekend, the Taliban demonstrated both the success of a lightning military offensive against Afghanistan’s then government, as well as their remarkable resilience in the face of onslaughts by the world’s most powerful military for 20 years.

When they were driven out of Kabul in November 2001, the Taliban had been in power for a little over five years, and in existence for only seven. What makes them the fighting force that outlasted the United States in its longest ever war, and defeated the Afghans who received equipment and training worth over $80 billion from the Americans? Where have the Taliban found the funds to sustain themselves over a two-decade war with an adversary with almost limitless resources? Flourishing drug trade In a May 2020 report, the United Nations Security Council estimated that “overall Taliban annual combined revenues range from $300 million to upwards of $1.5 billion per annum”. It said that while the figures for 2019 were lower, officials “were careful to note that the Taliban used resources effectively and efficiently and were not experiencing a cash crisis”.

The primary source of the Taliban’s funds has been the drug trade, as report after report has shown over two decades. Their income suffered in recent years because of the “reduction in poppy cultivation and revenue, less taxable income from aid and development projects, and increased spending on “governance” projects”, the UNSC report said. However, “while heroin cultivation and production have provided the bulk of Taliban revenue for many years, the emergence of methamphetamine in Afghanistan is giving impetus to a major new drug industry with significant profit margins,” the report noted.

According to the report, “interdiction of methamphetamine was first recorded by the United Nations Office on Drugs and Crime (UNODC) in 2014 (9 kg) and has continued on a sharp upward trajectory, with 650 kg interdicted in the first half of 2019”. Methamphetamine, the report said, “was stated to be more profitable than heroin because its ingredients are low-cost and it does not require large laboratories”. The Taliban, it said, “were reported to be in control of 60 per cent of methamphetamine laboratories in the key producing provinces of Farah and Nimruz”.

The report quoted officials as saying “the system of heroin smuggling and taxation organised by the Taliban…stretched across eight of Nangarhar’s southern districts from Hisarak to Dur Baba, on the border with Pakistan”. “In each district, smugglers paid a tax to district Taliban commanders of 200 Pakistan rupees (approximately $1.30), or its equivalent in afghanis, per kilogram of heroin. Smugglers were provided documentation by each Taliban commander certifying payment of tax before proceeding to the next district and repeating the same process. Afghan officials stated that the smuggling routes thus helped to financially empower each district Taliban commander.”

In a report published last year, UNODC said “Afghanistan, the country where most opium is produced, which has accounted for approximately 84 per cent of global opium production over the past five years, supplies markets in neighbouring countries, Europe, the Near and Middle East, South Asia and Africa and to a small degree North America (notably Canada) and Oceania.” In September 2020, Radio Free Europe reported on a confidential report commissioned by NATO, which concluded that the Taliban “has achieved, or is close to achieving, financial and military independence”, which “enables [it] to self-fund its insurgency without the need for support from governments or citizens of other countries”. Besides the illicit drug trade — overseen by Mullah Muhammad Yaqoob, the son of Taliban founder Mullah Muhammad Omar, a shadowy figure who is expected to play an important role in the new government — the Taliban had “expanded its financial power in recent years through increased profits from illegal mining and exports”, the report said.

It estimated that the militant movement earned “a staggering US $1.6 billion” in the year ending March 2020. Of this, $ 416 million came from the drug trade; over $ 450 million from the illegal mining of iron ore, marble, copper, gold, zinc, and rare earth metals; and $ 160 million from extortion and taxes in the areas and on the highways it controlled. It also got $ 240 million in donations, largely from Persian Gulf nations. To launder the money it earned, it imported and exported consumer goods worth $ 240 million. The Taliban also own properties worth $ 80 million in Afghanistan and Pakistan, the report said. Weapons from Pak and loot The Taliban do not appear to have had any dearth of weapons to fight the Afghan and US forces. Support from Pakistan has always been key, but the Taliban did not rely on any single source of arms and ammunition.

Journalists such as Gretchen Peters, Steve Coll, and others have repeatedly pointed to the support of the ISI and Pakistan army to the Taliban, directly and through the Haqqani network, a sprawling Islamist mafia based in Pakistan’s tribal areas and in Afghanistan, comprising fighters, extremist religious schools, and shady businesses with powerful connections to Arab countries in the Gulf and in Pakistan. American leaders and generals have openly accused Pakistan of diverting to the Taliban funds that it received to fight against the fundamentalist movement.There are other players too. In September 2017, then Afghan Army Chief General Sharif Yaftali told the BBC that he had documents to prove that Iran was “supplying weapons and military equipment to the Taliban in western Afghanistan”.

A November 2019 report by the US Defense Intelligence Agency noted that since “at least 2007, Iran has provided calibrated support — including weapons, training, and funding — to the Taliban to counter US and Western influence in Afghanistan, combat ISIS-Khorasan, and increase Tehran’s influence in any post-reconciliation government”. Beyond these external avenues, the Taliban has also been able to arm itself with the weapons and ammunition that the US has provided to the Afghan forces over the years. America’s Special Inspector General for Afghanistan Reconstruction (SIGAR), a Congress-backed watchdog, noted in an analysis in 2013 that nearly 43 per cent of the firearms — 2,03,888 of the 4,74,823 — provided to the Afghan forces were unaccounted for. “Given the Afghan government’s limited ability to account for or properly dispose of these weapons, there is a real potential for these weapons to fall into the hands of insurgents, which will pose additional risks to US personnel, the ANSF, and Afghan civilians,” the analysis said.

US military assets with Taliban No figures are available for what kind of American military assets, and in what numbers, have fallen into Taliban hands. The US Government Accountability Office said in a report in 2017 that between 2003 and 2016 the US funded 75,898 vehicles, 5,99,690 weapons, 208 aircraft, and 16,191 pieces of intelligence, surveillance, and reconnaissance equipment for the Afghan forces. In the last few years, 7,000 machine guns, 4,700 Humvees, and over 20,000 grenades have been given to the Afghan forces, SIGAR data show. SIGAR’s July quarterly report mentioned that the Afghan Air Force had a total of 167 aircraft, including jets and helicopters that were “usable/in-country” as of June 30. This included 23 A-19 aircraft, 10 AC-208 aircraft, 23 C-208 aircraft, and three C-130 aircraft, besides 32 Mi-17, 43 MD-530, and 33 UH-60 helicopters.

On August 17, two days after the Taliban took control of Kabul, White House National Security Adviser Jake Sullivan said, “We don’t have a complete picture, obviously, of where every article of defence materials has gone but certainly, a fair amount of it has fallen into the hands of the Taliban.” Stijn Mitzer and Joost Oliemans, conflict analysts specialising in modern-day weaponry and military tactics who have worked for websites such as Janes, Bellingcat and NK News, have used open-source intelligence to track the equipment that is proven to have fallen into Taliban’s hands. According to them, the Taliban now possess two warjets, 24 helicopters, and seven Boeing Insitu ScanEagle Unmanned Vehicles that were with the Afghan forces earlier. Additionally, according to them, between June and August 14 the Taliban captured 12 tanks, 51 armoured fighting vehicles, 61 artillery and mortar, eight anti-aircraft guns, and 1,980 trucks, jeeps, and vehicles, including over 700 Humvees.

All of this — in addition to the fact that the forces of the erstwhile Afghan government have surrendered everywhere in the country and the old Northern Alliance opposition is a shadow of its former self — makes the Taliban more powerful than it ever was. It is now “much more militarily powerful”, Jonathan Schroden, a military operations analyst who directs the Countering Threats and Challenges Program at the CNA Corporation, a nonprofit, nonpartisan research and analysis organization based in Arlington, Virginia, told The Indian Express. “It effectively converts them from a lightly armed guerrilla movement to a pseudo-conventional army.” According to Dr Schroden, among the military equipment that the Taliban now has, the D-30 howitzers are probably the most lethal. “It is concerning both as a waste of US taxpayer money and as a potential source of weapons for the myriad terrorist groups that have ties to the Taliban,” he said. And “there is a non-zero possibility of groups like al-Qaeda or the Pakistani Taliban getting their hands on some of the weapons.”