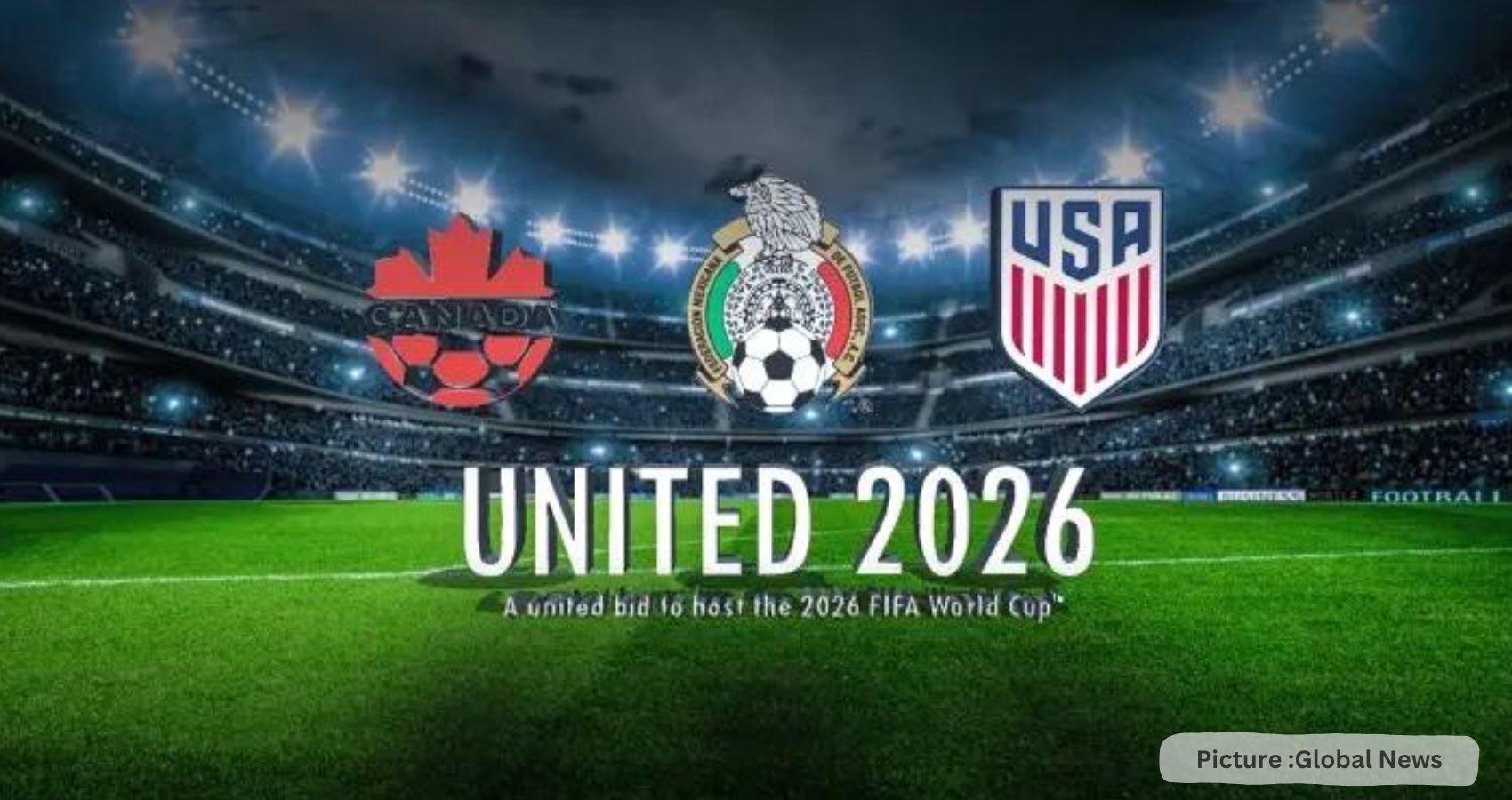 Qatar 2022 will go down as the most “compact” FIFA World Cup in history – but 2026 will be very different. While all matches this time around were played within an hour’s drive of each other, the next World Cup will be played across three nations – Canada, the United States and Mexico.

And it will be an expanded competition, with 16 additional teams taking part, meaning more matches. However, the tournament will still be played out within five weeks from mid-June 2026.

Questions will be asked about the amount of travel players and fans will have to make, with the tournament being held in 11 US cities, along with three venues in Mexico and two in Canada.

Sustainability will, therefore, be an important issue with the considerable number of flights needed to transport teams, fans, media and Fifa officials across three countries.

Why will there be more teams than ever before in 2026?

FIFA is expanding the next men’s World Cup finals from 32 to 48 teams.

It means more money will be generated through sponsorships, merchandising, ticket sales and broadcast revenues, with FIFA expecting to earn $11bn over the four-year cycle up to December 2026.

Bumper crowds are expected at the next World Cup as the popularity of football in North America continues to grow. FIFA is projecting as many as 5.5 million fans will attend the next tournament, beating the record 3.6m supporters who attended games in 1994, when there was an average attendance of 68,000 at each game.

The governing body claims that much of the increased profit will be redistributed to football development around the world, with projects including investment to expand the women’s game.

The expanded format will increase the number of competing teams from Africa and Asia.

In 2022, there were a total of 11 teams from across the two confederations at the finals – including Qatar, who qualified automatically as hosts, and Australia, who took part in the Asian qualifiers and then beat Peru in an intercontinental play-off.

In 2026, there will be a minimum of 17 teams from across the two confederations – and there could be as many as 19, depending on which two countries win through the six-team intercontinental play-offs for the finals.

A minimum of six Concacaf teams will qualify for the World Cup, including Canada, Mexico and the United States as hosts – and the federation will have two sides in the play-offs as well.

Where will the matches be played in 2026?

The 16 venues were announced in June, with all the grounds already built, and with the majority of big-capacity stadiums used by NFL teams in the United States.

Some of the stadiums will be upgraded before 2026 and some will require the laying of grass surfaces, as artificial turf is not permitted by FIFA.

As it stands, the format for 2026 will mean 80 matches across the tournament – although that could still change. The United States would host 60 matches, including every match from the quarter-finals onward, while neighboring Canada and Mexico would each host 10 matches.

Both the US and Mexico have hosted the World Cup before – but most of the venues in 2026 will be different. The US is using none of the stadiums from 1994, while Mexico has just one venue from 1970 and 1986 – the iconic Estadio Azteca in Mexico City.

The geographical spread for the next World Cup has not yet been announced but it is likely that teams will play their group-stage games in regionalized zones.

There are three main venue clusters, which should help reduce the amount of travel needed at least for part of the tournament.

How will the 2026 finals be structured?

A final decision will be made by the FIFA Council in 2023.

The initial favored option was to have 16 groups of three teams. Each team would play two group games, rather than three, with the first two teams progressing to a new round of 32.

But the downside to that could be that the two teams playing in the last fixture could play out a specific result to send both teams through. That was alleged to have happened in 1982 when West Germany and Austria advanced at the expense of Algeria in the so-called ‘Disgrace of Gijon’.

Given the success of the four-team group format in 2022, the structure for 2026 will be revisited, according to FIFA president Gianni Infantino.

Another possibility, though one that appears unlikely, is that group games may not be allowed to finish as a draw. If the teams were level after 90 minutes, the outcome could be decided with a penalty shootout, without the need for extra time.

Where will the FIFA World Cup 2026 final be played?

The MetLife Stadium in New Jersey could host the final That decision has not yet been made but it will be in the next year.

The front-runner to host the final is the MetLife Stadium in East Rutherford, New Jersey, which has a seated capacity of 82,500 and is home to the New York Giants and New York Jets NFL teams. The Azteca in Mexico has been put forward as a potential host for the opening match.

Both venues are contenders to host the 2026 final, but FIFA president Infantino said world football’s governing body will take their time with a decision. “There are still some discussions to go on and we’ll certainly choose the best cities for the openings and the finals,” said Infantino. “But every match will be like a final at this World Cup.”

That will be a special centenary event, 100 years after the first FIFA World Cup in Uruguay, which was contested by just 13 teams. Uruguay has claimed for some time that it should be awarded the tournament, possibly in a joint bid with Argentina.

Spain and Portugal hope to be put forward by UEFA, but England dropped its interest in favor of bidding for UEFA Euro 2028 along with Scotland, Wales, Northern Ireland and the Republic of Ireland.

Saudi Arabia could be another potential bidder, though that could mean another winter tournament because of the high summer temperatures in the Middle East. A decision on the hosts of the 2030 tournament will be made by the FIFA Council in 2024.