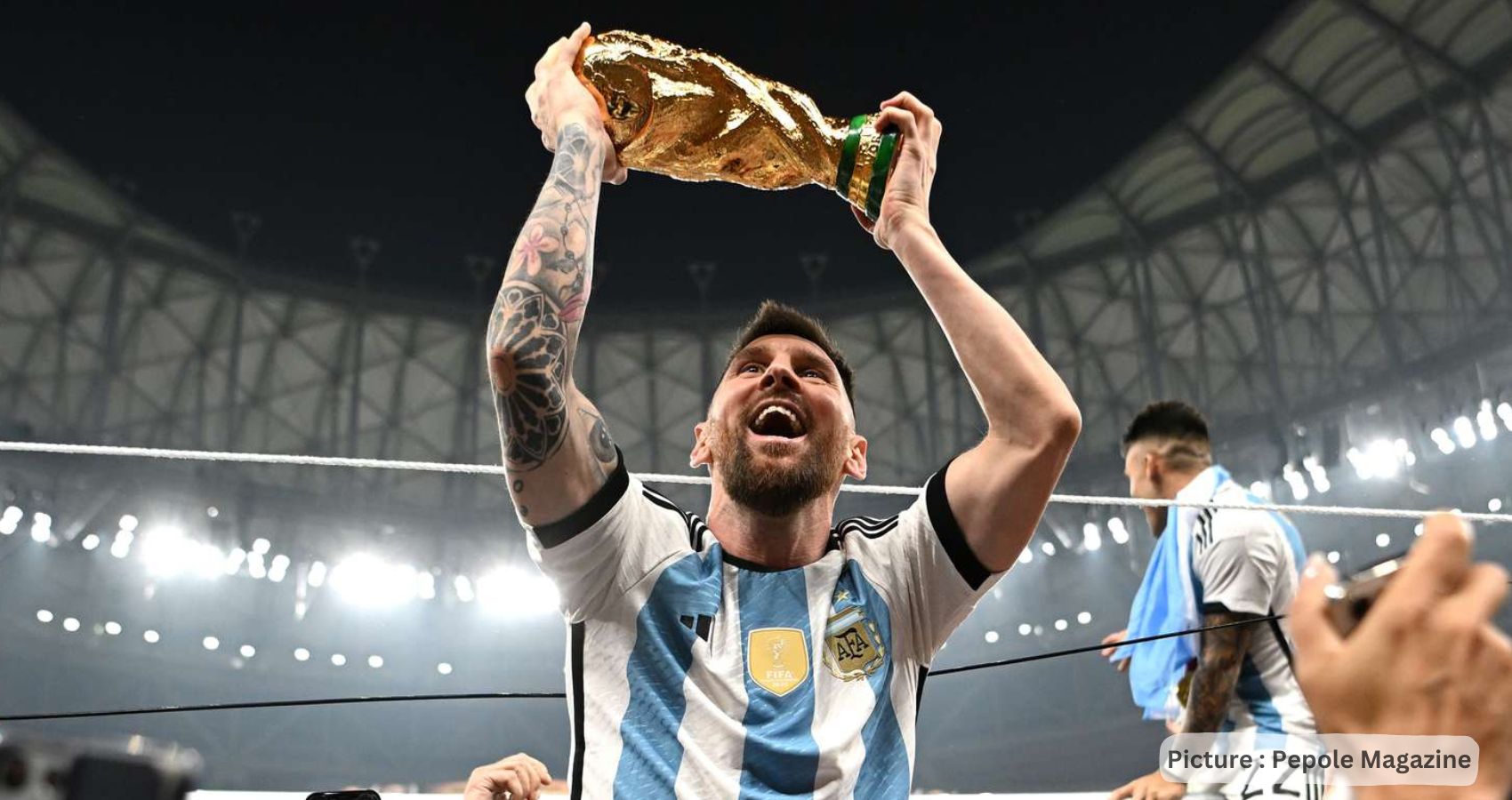 A gallery of Lionel Messi celebrating Argentina’s World Cup win has become the most-liked Instagram post ever. The soccer super star – who led his team to their first World Cup triumph in 36 years – received more than 57 million likes for his collection of photos. Argentina defeated France on penalties in Sunday’s World Cup final in Qatar.

One day after leading Argentina in Qatar on December 19th, Messi posted a gallery of his celebration right after his team beat France in penalties. His first picture shows him smiling while holding the tournament trophy, and others show him celebrating with teammates and enjoying the post-match ceremony.

In the caption, he wrote, “CHAMPIONS OF THE WORLD! We showed once more that when Argentinians work hard together and we’re united we’re capable of achieving anything we put our minds to,” he added. “The merit of this group, which was above individualism, is the strength that we all fought for the same dream that was also the one for all Argentinians…we did it!!!”

The post amassed 62 million likes in a little over a day, resonating with Messi’s fans and beyond. The famous egg Instagram post, from January 2019, reached 56 million likes and initially grabbed the most-liked record away from Kylie Jenner. When it first appeared it seemed to be some kind of protest vote against celebrity – people were urged to engage with the picture in the hope of toppling the then-record holder, Kylie Jenner.

There was a lot of speculation about who was behind the @world_record_egg Instagram account and how it managed to attract so many likes so quickly. Some said it was a marketing ploy from a large company that had bought followers – but British advertising executive Chris Godfrey has since claimed he created it, along with two others, and that their sole purpose was to get as many likes as possible.

But while the egg overtook Jenner’s record – totaling as many as 56 million likes at the time of writing – it has finally been surpassed by a rival with several world records in his own right: Lionel Messi.

After the World Cup final, Guinness World Records posted a series of records broken by the victor, noting Messi had surpassed Germany’s Lothar Matthäus for the record of most World Cup matches played, with 26 – as well as four other records:

11 – most World Cup Man of the Match awards

19 – most World Cup appearances as captain

5 – most appearances in World Cup tournaments by a male player

With the success of his latest gallery on Instagram, Messi has yet another record to add to his collection.