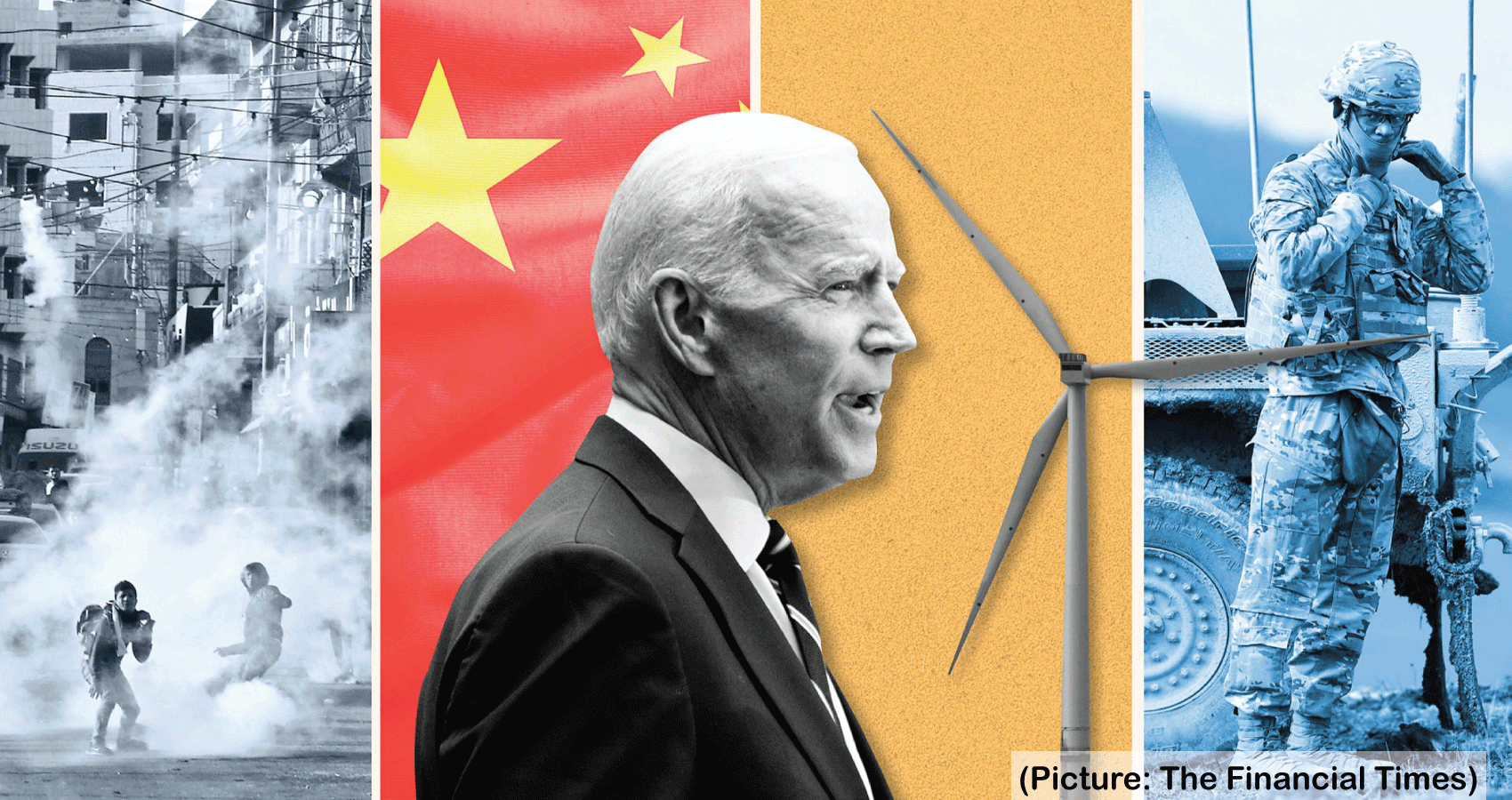 US President Joe Biden has delivered his first foreign policy speech since taking office. He framed it as a reset after four years of Donald Trump’s America First agenda, pledging to reinvest in alliances and diplomacy, and emphasizing democratic values.  Here are some takeaways:

Standing up to Russia

Shortly after Biden started his speech, he delivered a quote designed to make a headline: “I made it clear to President [Vladimir] Putin, in a manner very different from my predecessor, that the days of the United States rolling over in the face of Russia’s aggressive actions… are over.”  It was the starkest of contrasts with Trump, who seemed to go out of his way to avoid criticizing the Russian president.

Biden nodded to the value of engaging with Moscow on areas of mutual interests, such as preventing nuclear war – the two leaders have just agreed to extend their last remaining arms control treaty. But he pledged to hold Vladimir Putin to account on cyberattacks and election interference, and called for the release of the Russian opposition leader Alexei Navalny.

This White House is ready to use the bully pulpit against the Kremlin. But any actions it takes will be building on those of the Trump administration, which continued to penalise Russia on everything from cyberattacks to poison attacks despite Trump’s reticence.

Iran is no longer the root of all evil

Biden’s speech was notable for what he didn’t say: he made no mention of Iran. The silence was almost jarring, given how relentlessly Trump’s Secretary of State Mike Pompeo railed against Tehran as the root of all evil in the Middle East.

That’s not to say the Biden administration doesn’t see Iran as a matter of “great urgency”. It calculates that the Islamic Republic has come much closer to the “break out” point of being able to make a nuclear bomb since Trump pulled out of the deal restricting Iran’s nuclear programme – a deal which Biden has said he’s willing to resurrect.

His administration is still figuring out how to do that. But in the meantime, he’s not looking at the region through the prism of Iran.  Most notably, he announced an end to support for Saudi Arabia’s military offensive in Yemen. Pompeo emphasised that Yemen’s Houthi rebels, against which Riyadh is fighting, were backed by Iran. Biden emphasises that the war has created the world’s worst humanitarian catastrophe.

Biden may disagree with Trump about America’s place in the world, but he still puts Americans first. He and his officials talk about a foreign policy that benefits US workers, that protects their jobs and wages.

“There’s no longer a bright line between foreign and domestic policy,” Biden said. “Every action we take in our conduct abroad, we must take with American working families in mind.” That will influence his trade policies.

He also returned to a vision of the United States as an immigrant nation, pledging to accept more refugees: he said he would increase the number to 125,000 a year after Trump whittled it down to 15,000. And he acknowledged that conduct at home had an impact on the promotion of what he sees as American democratic values, to which he is committed.

But he put a positive spin on recent violence over election fraud alleged by his predecessor, saying Americans are better equipped to unite the world in fighting to defend democracy “because we have fought for it ourselves”.

Trump’s first visit to a government organisation was the CIA, and he only got to the state department more than a year after he took office.

So Biden’s decision to start with the state department was a signal of support to foreign service officers who Trump regarded as part of the “Deep State” out to undermine him. And to the world, that America was “back”, ready to resume its engagement with allies to tackle mutual problems in multilateral settings, which has become a bit of a mantra with the Biden team.

But the visit was also an expression of who Biden is, a former senator and vice president steeped in decades of foreign policy experience. “I’ve just been trying to keep up,” said his Secretary of State Antony Blinken, who’s worked with him for some 20 years.

The president will be consumed with pressing domestic issues, but he has an abiding interest in foreign affairs and he went out of his way to underline his commitment to diplomacy.