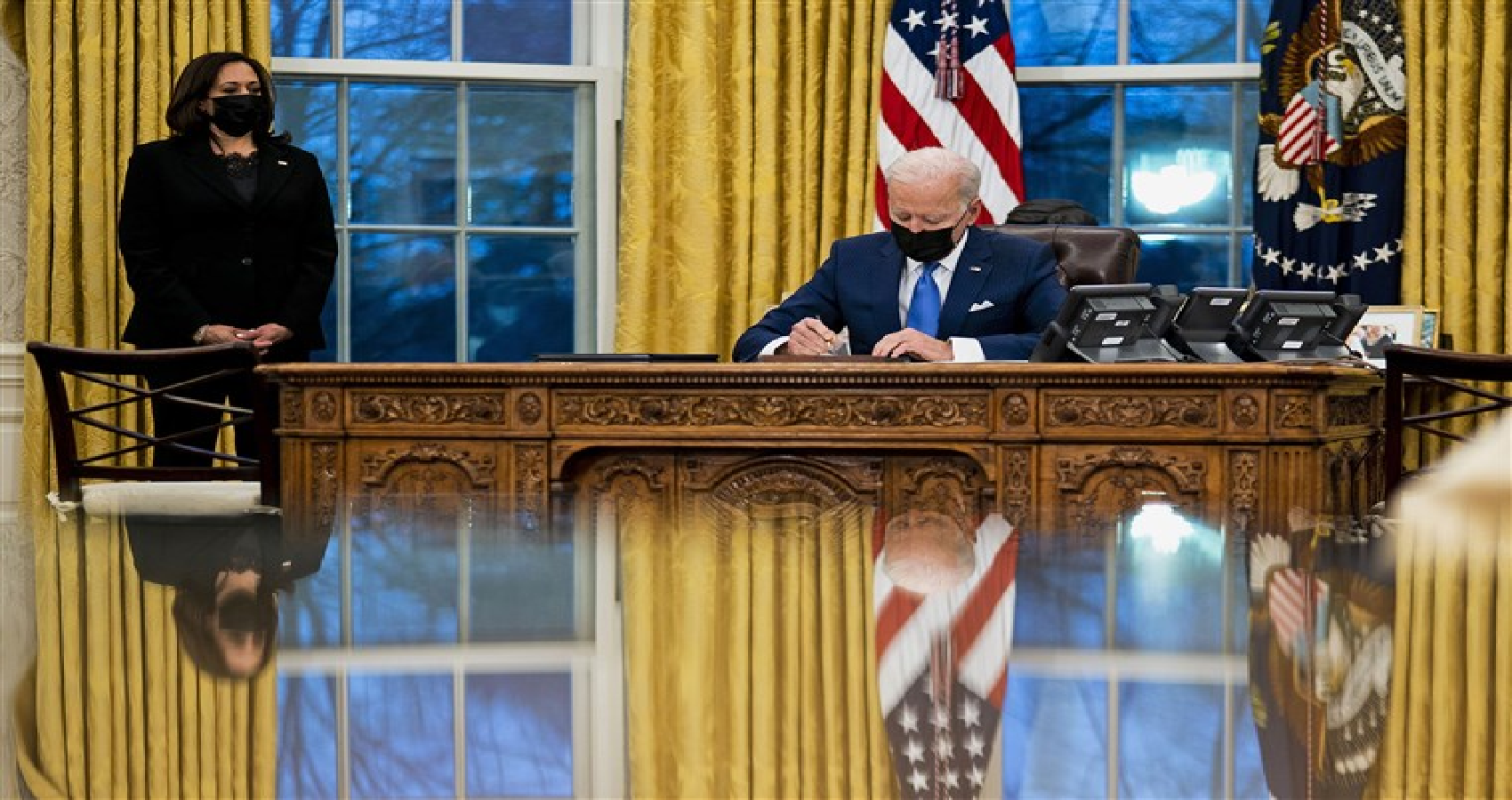 With the Covid-19 surge crippling the healthcare system in India, the US, which had earlier said its primacy was for its citizens, changed its stance and has lifted export controls on raw materials for vaccines that were put in place in February.

With the Covid-19 surge crippling the healthcare system, hectic diplomacy is on with major countries for urgent supply of vaccines, oxygen-related equipment such as tankers, ventilators and other critical life-saving devices. The US, which had earlier said its primacy was for its citizens, changed its stance on lifting export controls on raw materials for vaccines that were put in place in February, following repeated requests from Indian officials and the Serum Institute of India.

A lethal, fast-paced second wave of the coronavirus pandemic has brought India’s health care systems to the verge of collapse and is putting millions of lives and livelihoods at risk, wrote Ramanan Laxminarayan, an economist and epidemiologist, in The New York Times. According to The Wall Street Journal, hospitals in New Delhi and other hard-hit cities have been turning away patients and running low on oxygen, beds, and other medical supplies.

After declining, the Biden-Harris administration has finally agreed to provide it raw materials for vaccines that had previously been under export controls, as well as other key material. A White House statement said that National Security Advisor Jake Sullivan spoke by phone on Sunday with his Indian counterpart, Ajit Doval, and expressed “deep sympathy for the people of India following the recent spike in Covid-19 cases”, and affirmed America’s solidarity with India.

Many in Washington DC’s political and business elite are in favor of helping India, sources said. On Saturday, the US Chamber of Commerce made a vocal pitch, calling on the White House to release “the millions of AstraZeneca vaccine doses in storage” — apart from life-saving equipment — to India, Brazil, and other nations hit hard by the pandemic.

Several US lawmakers have expressed concern over the sudden spike in COVID-19 cases in India and have urged the Biden administration to provide all necessary help to the country. “We have the resources to help, and other people need it; that makes it our moral obligation to do so,” Democratic Senator Edward Markey said in a tweet.

Congressman Gregory Meeks, Chairman of House Foreign Affairs Committee, said he was concerned about the situation in India. “Sending my thoughts and support to our friends in India fighting this terrible second wave of the COVID19 pandemic,” he said Congresswoman Haley Stevens said that her thoughts are with the people of India during this devastating COVID-19 surge. 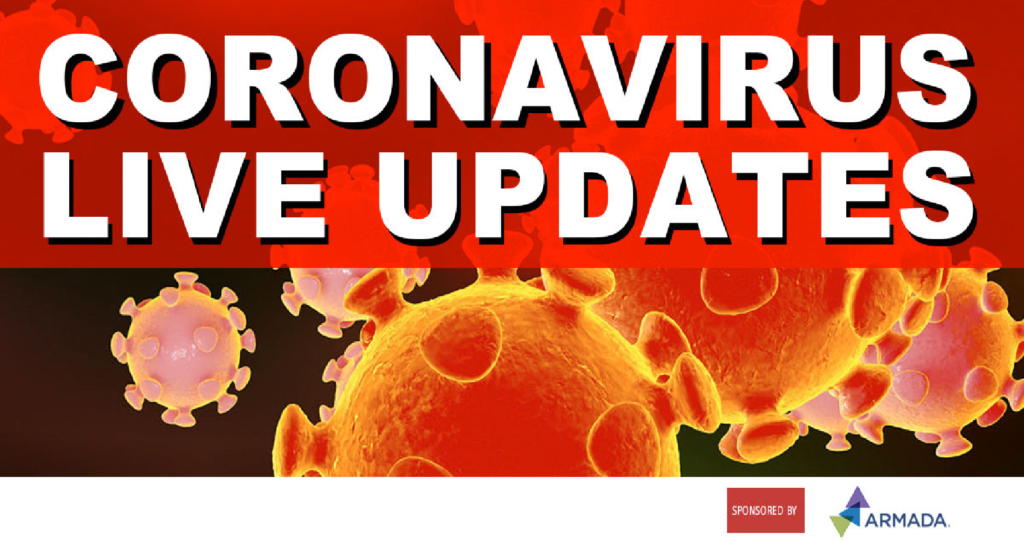 Indian American Congressman Ro Khanna, while sharing a tweet from eminent public health expert Ashish K Jha, said, “India is in the throes of a horrendous COVID surge.
Horrendous. They are struggling to get more people vaccinated. We are sitting on 35-40 million doses of AstraZeneca vaccine Americans will never use. Can we please give or lend them to India? Like, maybe now? It’ll help. A lot,” Jha had said.

On Friday, US Health Secretary Matt Hancock tweeted, “Heartbreaking scenes from India… We stand ready to help fight this awful virus.” Top medical advisor to the US President Dr Anthony Fauci also said the CDC (Centers for Disease Control and Prevention) was in talks with Indian counterparts for technical assistance, adding, “we’re trying to help in any way we can”. “Obviously they need to get their people vaccinated because that’s the only way we’re going to turn that around,” Dr Fauci said.

White House spokesperson Jen Psaki said the US is “working closely with Indian officials at political and experts’ level for ways to help address the crisis”. For a month now, vaccine manufacturers and upstream suppliers have been reporting shortage of raw and packaging materials, critical consumables and equipment. Over time, such shortages can lead to shortage of vaccines and impact delivery commitments, as well as delay regulatory clearances for some products, experts said.

The UK will be sending more than 600 pieces of vital medical equipment to India to support it in fight against Covid-19, the UK government announced. The assistance package, funded by the Foreign, Commonwealth & Development Office, includes ventilators and oxygen concentrators from surplus stocks. The Department of Health and Social Care have worked closely with the NHS, as well as suppliers and manufacturers in the UK to identify reserve life-saving equipment that can be sent to India.

Recently, India has been reporting high number of Covid-19 cases and deaths while several reports of shortage of oxygen are also coming. The first shipment of equipment has already justify the UK and it will be arriving to India in the early hours of Tuesday. Further shipments are due to follow later this week.

In total, nine airline container loads of supplies, including 495 oxygen concentrators, 120 non-invasive ventilators and 20 manual ventilators, will be sent to the country this week. This equipment will be crucial in helping to save the lives of the most vulnerable in India. The oxygen concentrators, for example, can extract oxygen from the air in the atmosphere so that it can be provided to patients, taking the strain off hospital oxygen systems and allowing oxygen to be provided in situations where hospital oxygen supplies have run out.

Several Indian-American groups have started raising funds to urgently airlift medical supplies including oxygen to help India in its fight against coronavirus.

“In the past week, we have been receiving nothing but mind numbing news from many countries around the world, particularly in India, the land of our birth,” stated Dr. Sudhakar Jonnalgadda, President of American Association of Physicians of Indian Origin (APPI) the largest ethnic medical organization in the country. Pointing to the fact that the statistics are chilling,

Dr. Sudhakar Jonnalagadda, while referring to the several proactive steps in educating their members and the general public about the disease, the preventive steps that needs to be taken at this time and most importantly, they are using all their contacts and resources at the hospital administrative and government levels to facilitate treatment protocols to be in place at the various hospitals in the US and in India, urged AAPI members and the general public to step up and donate generously as India, our motherland is facing one of the most serious health crisis in decades. “This is the time for immediate AAPI action. As doctors, we all share a visceral urge to do something about it,” he added.

“This is truly a humanitarian crisis of apocalyptic proportions which needs an immediate response,” wrote Indian-American Mike Sikand, chairman Oceanport Democratic Committee in New Jersey to Senator Robert Menendez, Chairman of the Senate Foreign Relations Committee. “Another step that you could take is to help increase hospital bed capacity in India by providing equipment and financial assistance to set up makeshift hospitals or even sending USS Mercy to help India deal with this crisis,” Sikand said in the letter to Menendez.

Global Organization of People of Indian Origin (GOPIO) thanked US President Joe Biden for his announcement of USA sending raw materials for COVID-19 vaccines, medical equipment and protective gear to help India respond to a massive surge in coronavirus infections.  India is going through a grim situation now in Covid Pandemic infection and deaths. The latest report says that the new infections are about 350,000 and deaths about 3,000 per day.

GOPIO Chairman Dr. Thomas Abraham said that in the last three months, India acted as a global leader in sending vaccines to many countries. However, with the sudden unexpected Covid-19 outbreak, India needs an enormous quantity of vaccines for its 1.3 billion population. As a close ally of India, our country must help India in this grave situation.

“We appeal to you to send AstraZeneca vaccines which are stored by US manufacturers in their warehouses since the US is yet to authorize its use here while it has been used in India,” Dr. Abraham appealed in his letter to President Biden. GOPIO also requested President Biden to facilitate manufacturing of other vaccines in India so that the global demand can be met sooner.