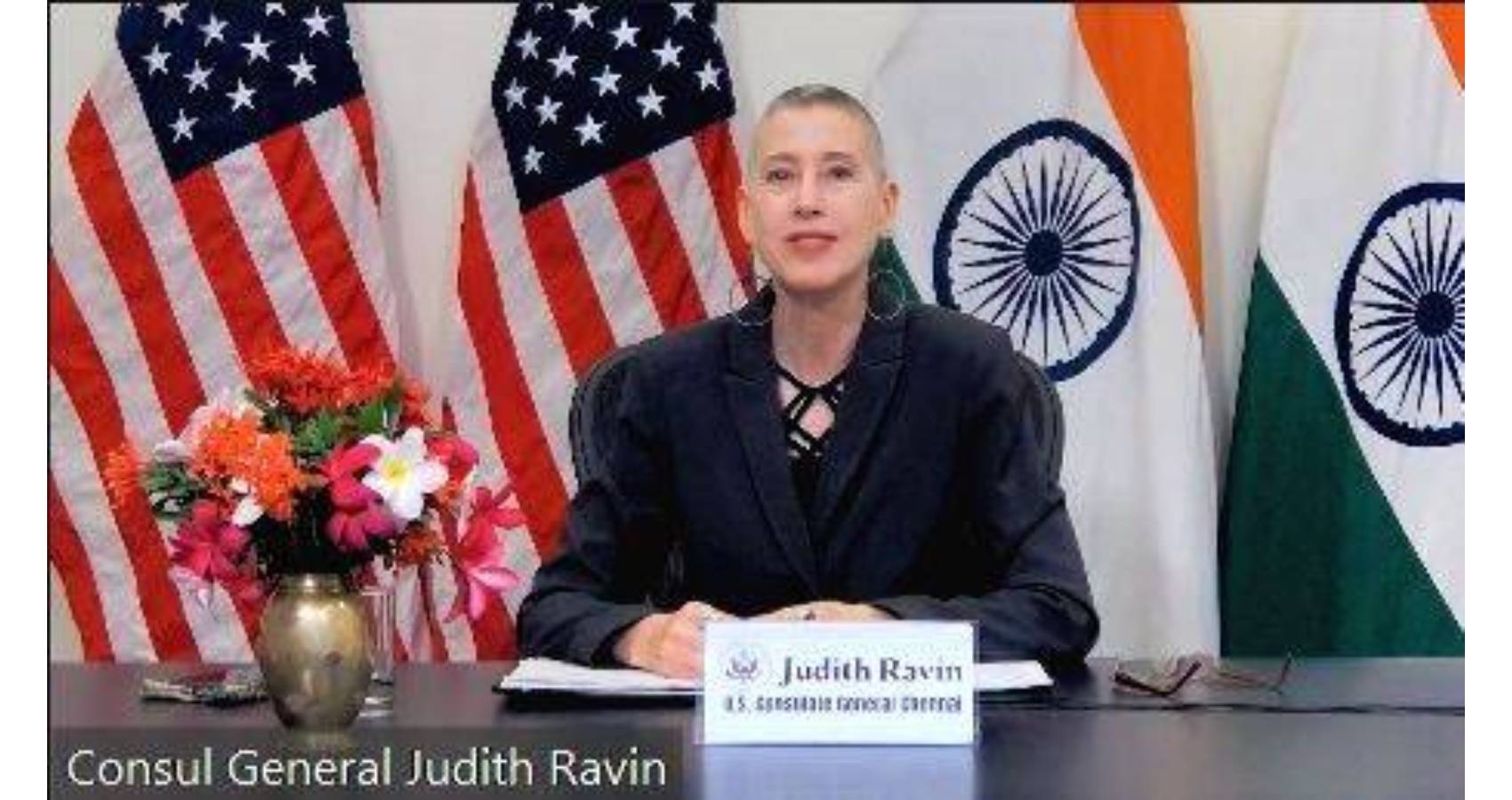 The U.S. General Consul in Chennai Judith Ravin celebrated the United States’ strong ties with Kerala during a virtual tour of Thiruvananthapuram, the capital city of Kerala on July 13th. During her visit, the Consul General virtually interacted with local organizations and important community leaders to discuss cooperation between America and Kerala on a wide range of key issues of mutual interest, from global warming to the Covid-19 pandemic.

She then met with civil society leaders to discuss the contribution of youth and women to the growth and development of Kerala. CG Ravin also met with members of the former royal family of Travancore. This virtual trip was modeled after similar tours organized in Canada, Mexico, and Kenya for Anthony Blinken- the U.S. Secretary of State. The Consul General feels it important to promote the United States’ relationship with Kerala despite the challenges posed by pandemic travel restrictions. She noted Kerala’s cultural heritage, socio-economic development, pluralistic ethos, and strong tradition of tolerance and inclusion saying, “I am richer today with more ideas for promoting people-to-people and institutional partnerships between Kerala and the United States.” 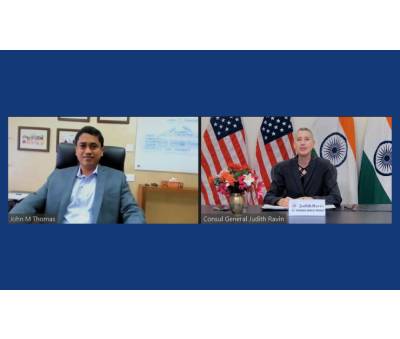 She was welcomed to the city by C.V. Ranvindra, a leading economist and the director of Thiruvananthapuram’s International airport. In his discussion with the Consul General, he explained the Kerala Model of Development, which emphasizes both the traditional and modern sectors like IT, tourism, space technology, and coastal infrastructure. She was also led on a virtual tour of the Government of Kerala’s Technopark by its CEO John M. Thomas. Technopark is the largest IT Park in India. Representatives from 7 major Indian and U.S. IT companies met with the General Consul to discuss Kerala’s current business environment.

A “virtual” walk of Thiruvananthapuram like never before! Thanks to historian Dr. Gopakumaran Nair who explained how Kerala’s impressive social development, pluralistic ethos, & tradition of tolerance are rooted in rich cultural heritage. #AmericaWithKerala#CGChennai#USIndiapic.twitter.com/exARgrw1Sq After the visit to the Technopark, CG Ravin had a moderated discussion with the trainers and alumni of the Consulate’s English Access Microscholarship Program. This program is run in partnership with Loyola College Society and the Women’s Muslim Association.  It is intended to provide a foundation-level knowledge of the English language to students between the ages of 13 to 20.

She also met with leading women from various fields like academia, entertainment, business, and the NGO sector and they discussed a variety of women’s issues including government initiatives to promote the empowerment of women and the growth of women’s movements in Kerala. Gender equity and equality were also a few topics covered during the discussion.

The Consul General was provided with a presentation by Dr. Gopakumaran Nair explaining the prominent historical landmarks of the Thiruvananthapuram, along with their implications for the current-day city and Kerala as a whole. Dr. Nair is the head of the History department in the Government Arts College. Consul General Ravin’s tour of the state capital culminated with a cultural show displaying the classical performing art forms of Kerala. Various famous Keralite dance forms like Moohiniyattam, Kathakali, and Koodiyattam were performed by Artists from Margi Centre, a theatrical arts school.

Thank you to the Margi Center for #Kathakali and #Kutiyattam and the Dasyam Center for #Mohiniyattam for your amazing performances of Kerala’s traditional dances to round out my virtual trip to Thiruvananthapuram. What a wonderful day we had! #AmericaWithKerala#USIndiapic.twitter.com/CzajL7qLgM— US Consulate Chennai (@USAndChennai) July 14, 2021