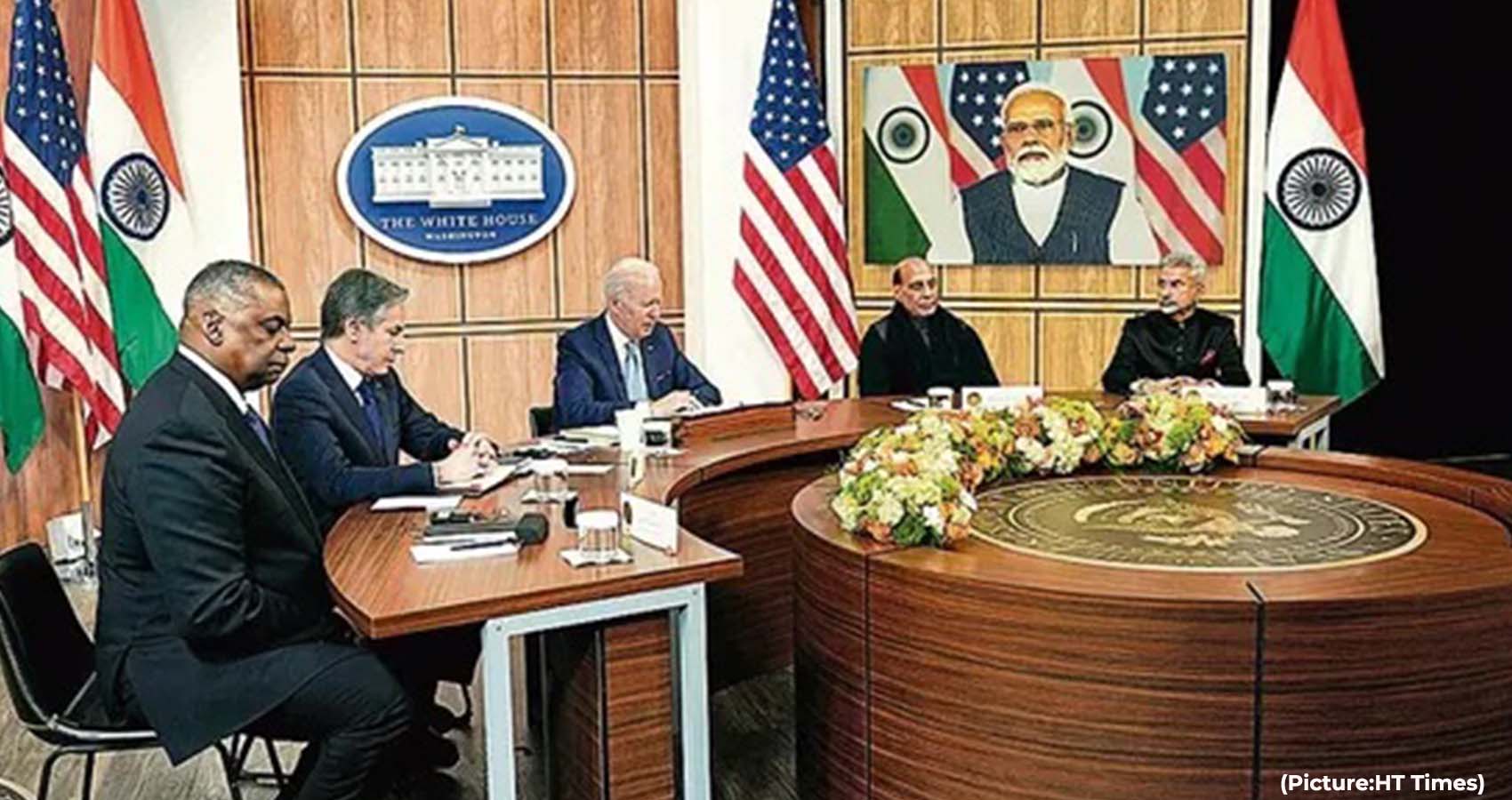 India’s Prime Minister Narendra Modi and U.S. President Joe Biden met virtually on Monday, April 11, 2022, as India’s External Affairs Minister S. Jaishankar and Defence Minister Rajnath Singh were in Washington for the fourth ‘2+ 2’ foreign and defense ministry dialogues with their U.S. counterparts. The war between Russia and Ukraine featured prominently in the opening remarks of both, media reports here stated.

The meeting also involved a discussion of the COVID-19 pandemic, the global economy and climate action, as well as regional and global issues, including those in South Asia and the Indo Pacific. The U.S. official briefing reporters said that Sri Lanka and Pakistan were discussed, but not in detail, with more detailed discussions expected over the next day and a half, i.e., during the course of the 2+2 meetings..

According to reports, U.S. President Joe Biden told Indian Prime Minister Narendra Modi that buying more Russian oil is not in India’s interest, as the United States pushes New Delhi to take a harder line against Russia’s invasion of Ukraine. 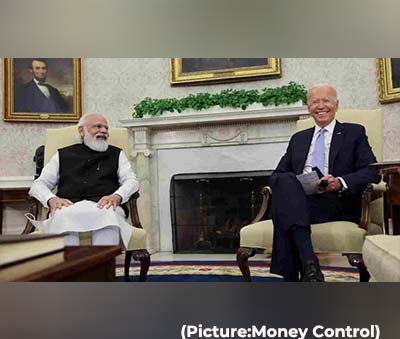 Biden told Modi during an hour-long video call Monday that the U.S. is ready to help India diversify its sources of energy, according to White House press secretary Jen Psaki. “The president also made clear that he doesn’t believe it’s in India’s interest to accelerate or increase imports of Russian energy or other commodities,” Psaki said.

The statement from the government of India regarding the meeting said the two leaders had discussed Ukraine at the meeting, as well as regional and global issues, including the COVID-19 pandemic, the global economy, climate and “recent developments in South Asia and the Indo-Pacific region”. Speaking to reporters on a briefing call, a Senior U.S. administration official said that developments in Sri Lanka and Pakistan had been “touched on” but not discussed in a detailed manner.

Modi, who spoke via videolink to Biden, described the situation in Ukraine as “very worrying” and said he had spoken, several times, with both Ukrainian President Volodymyr Zelenskyy and Russian President Vladimir Putin and had not just urged peace, but also direct talks between them. India’s unwillingness to call out Russia by name for its attack on Ukraine has not gone down well in Washington, but U.S. officials have also said that they hoped countries that have relationships with Moscow might leverage them to bring about a resolution to the situation.

“The United States and India are going to continue our close consultation on how to manage the destabilizing effects of this Russian war,” Biden said in his opening remarks. The US government’s readout of the meeting said that Ukraine was also discussed. Speaking to reporters after the meeting, a senior U.S. administration official said there was a “pretty detailed and candid exchange of views” on Ukraine but added that Biden made no “concrete ask” of India and Modi gave no “concrete answer”.

India has also continued to purchase Russian oil and gas, despite pressure from the United States and other Western countries to refrain. Russia has offered steep discounts on its energy supplies, and India has bought at least 13 million barrels of Russian crude oil since the invasion of Ukraine, compared with the 16 million barrels it bought in 2021, according to data compiled by Reuters.

The comment by the official was in response to a reporter’s question on whether any explicit commitments were sought from India in terms of Russian oil, and also with regard to condemning Russia for attacking Ukraine. Both the official and Press Secretary Jen Psaki emphasized that while payments for energy from Russia were not sanctioned, the U.S. was discouraging India from increasing its purchases of Russian energy.  In comments shortly after the bilateral meeting, Psaki said that Biden had “made clear” what the impact of US sanctions would be, adding, “We expect everybody to abide by those”.

“The President made clear that he does not believe it’s in India’s interest to accelerate or increase imports of Russian energy and other commodities,” Psaki said, adding that Mr. Biden had reiterated a U.S. offer to help India diversity its energy imports. India currently imports only a small 1-2% of its energy from Russia as per official estimates. Psaki used the words “constructive”  “productive” and “direct” to describe the conversation. She said the call was not “adversarial”.

Referring to Biden’s slogan, ‘Democracies can deliver,’ Modi said, ‘The success of the India-America partnership is the best means to make this slogan meaningful.” “At the root of our partnership is a deep connection between our people, ties of family, of friendship, and of shared values,” Biden said. The President was seen nodding as Modi outlined the humanitarian assistance that India had provided Ukraine.

“I want to welcome India’s humanitarian support for the people Ukraine, who are suffering a horrific assault, including a tragic shelling on a train station last week that killed dozens … attempting to flee the violence,” Biden said.

Modi expressed growing concern about the situation in Ukraine, particularly in Bucha, where the remains of many civilians have been found. “Recently, the news of the killings of innocent civilians in the city of Bucha was very worrying. We immediately condemned it and have asked for an independent probe,” Modi said.

A U.S. official described the call between the two leaders as “warm and productive,” saying Biden stopped short of making a “concrete ask” of Modi on Russian energy imports. During a short portion of the call open to reporters, Biden started the conversation by highlighting the partnership between the U.S. and India, saying the nations would “continue our close consultation on how to manage the destabilizing effects of this Russian war.”