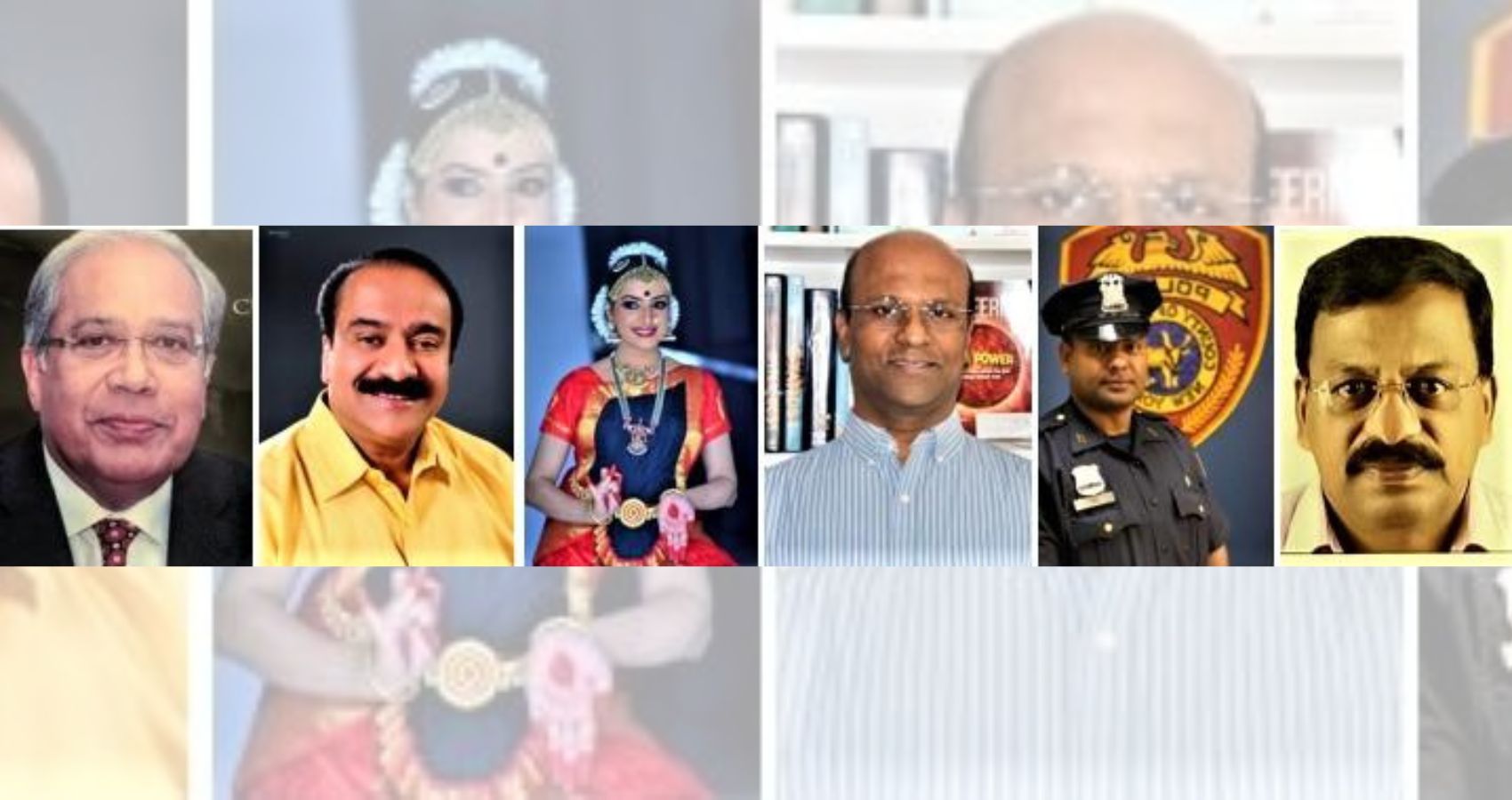 The Indian American Kerala Cultural and Civic Center, Inc. will honor six Indian American Malayalees for their outstanding achievements in their field of specialization and for their service to the society at its 30th Annual Awards Banquet to be held on October 22, 2022.  Randhir Jaiswal, Consul General of India, New York, NY senators Kevin Thomas and Anna Kaplan, and other dignitaries will be attending the event.

“Kerala Center has been honoring outstanding achievers since 1991. Every year we invite nominations and the committee has to make a unanimous choice for a candidate in a category to receive the award and this year is no different from previous years in terms of their achievements,” said Dr. Thomas Abraham, Kerala Center’s Trustee Board Chairman and Award Committee Member.

“Kerala Center is very happy to honor American Malayalees who excel in their professions and who work for social progress — their examples should be an inspiration for others,” said Dr. Madhu Bhaskaran, Board and Award Committee Chairman.

This year’s honorees include: Dr. Javad Hassan, Chairman of NeST Group, for Corporate Leadership, Thomas Joy, Suffolk County police officer and president of AMLEU, for Public Service; Bindiya Sabarinath, founder of Mayura School of Arts, in the category of Performing Arts; Dr. Silvester Noronha of MIT, in the category of  Applied Science, , P. T. Paulose, for contributions to Pravasi Malayalam Literature and Jose Kaniyaly, Executive Editor and Partner of Kerala Express weekly newspaper, for his contributions to Malayalam Media and Journalism.

The awardees will be honored at the Kerala Center’s 30th Annual Awards Banquet on Saturday, December 22, 2022, starting at 5:30 p.m. at the Kerala Center, 1824 Fairfax St., Elmont, New York. There will be variety entertainment programs and a fabulous dinner for the evening.

Dr. Madhu Bhaskaran was the Award Committee Chairman and other members were Dr. Thomas Abraham, Daisy P. Stephen and Dr. Marilyn George. Kerala Center President Alex K. Esthappan said that the Center has recognized over 165 American Malayalees in the last 30 years and it is great to see that they have continued to rise further in their careers and serve the society. All are invited to join this Annual Award Banquet honoring the awardees. Please contact the Kerala Center to reserve your seats at: 516-358-2000 or at email: [email protected].

Javad K. Hassan is the founder and chairman of NeST Group, a global conglomerate of more than 25 companies spread across several continents. Under the leadership of Dr. Hassan, NeST Group has become a worldwide leader in technology, with operations in India, the Middle East, Japan, Europe and the Americas.  After earning his Master’s degree in Material Science and Engineering from the University of Bridgeport, he joined IBM. Within a span of ten years, he advanced to the top of the company’s semiconductor development operations, leading an organization of more than 2,000 engineers and scientists.  After leaving IBM, Mr. Hassan joined AMP Inc., another Fortune 100 firm. Since retiring in 1998 from AMP, Mr. Hassan has built JKH Holdings piece by piece, company by company, into what it is today: a global leader across a spectrum of technologies and industries.

Bindiya Sabarinath is the Artistic Director of the Mayura School of Arts established in 2001. Bindiya is an acclaimed Bharatanatyam and Mohiniyattam dancer.  She has performed extensively in India, UK and the US with solo programs and dance productions with her senior students. Her awards and recognitions include the presidential award for the best Mohiniyattam dancer representing Kerala in 1998, the Bergen County Cultural Community service award, and being bestowed the Kalaimamani Award from Chennai. She also got the opportunity to perform at the Indian Consulate & United Nations in New York. She has over 1000 students.

Jose Kaniyaly – for Contributions to Malayalam Media and Journalism

Jose Kaniyaly is the Executive Editor and Partner of Kerala Express, a weekly Malayalam newspaper published from Chicago, which was founded in 1992.  He oversees both the print and online editions of Kerala Express. He has held leadership positions in many Malayalee social, cultural and community organizations in America.  He was president of Chicago Malayalee Association (CMA), president of India Press Club of North America (IPCNA), president of Knanaya Catholic Congress of North America (KCCNA) and chairman of FOKANA convention in Chicago.

Dr. Silvester Noronha – is one of the team of scientists from MIT and startup company, Commonwealth Fusion Systems (CFS), who invented a large high-temperature superconducting electromagnet which would realize power generation by using heat from nuclear fusion reactions. The new electromagnet is the most powerful magnetic field of its kind ever created on earth. Silvester is currently a visiting faculty of MIT and a lead engineer of the CFS in the US. He got his PhD from the Indian Institute of Science in Material Science Engineering and took a post doctoral degree from Britain’s Oxford University.