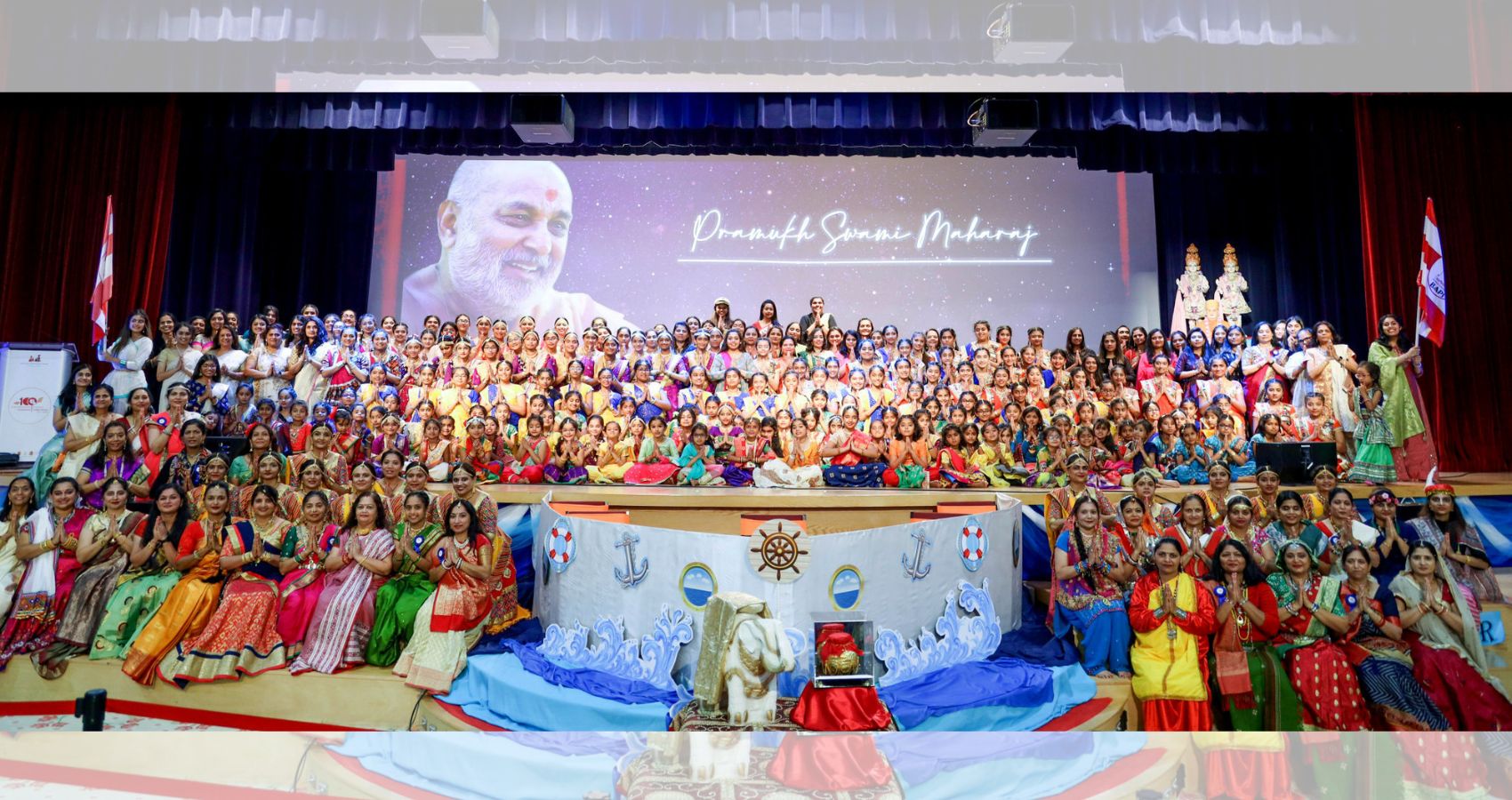 On Saturday, September 24, 2022, thousands of female devotees and well-wishers of all ages and backgrounds gathered at the B.A.P.S Swaminarayan Mandir in Bartlett, IL, to joyfully celebrate the 100th birth anniversary of their guru, His Holiness Pramukh Swami Maharaj.

The event titled “A Beacon of Values, Hope and Faith,” a cultural program organized by women, and for women, took place at over 100 BAPS mandirs across North America. The program centered on an immersive experience where guests could understand and experience the lasting impact that their guru had on individuals, families, and communities.

When asked about her thoughts on the program, Yogini Patel, a disciple of Pramukh Swami Maharaj, remarked, “What inspired me the most about today’s program was to hear real women come together and share stories of the vulnerabilities in their lives. It is crucial that women can come together in that way and support each other. It is truly a testament to Pramukh Swami Maharaj that he has created this beautiful space for everyone to come and be vulnerable and be able to share and grow from each other’s experiences.”

Rinku Patel, a BAPS volunteer, commented “One quality of Pramukh Swami Maharaj that I admire is his ability to lead. He does so through humility which is a very unique quality to have in a leader.”

As the emotional program ended, thousands paid their respects and gratitude to Pramukh Swami Maharaj for their spiritual guidance, upliftment, and for deeply touching their hearts. Attendees left with a renewed commitment to continue HH Pramukh Swami Maharaj’s legacy by imbibing his life’s motto as their own.

The BAPS Swaminarayan Sanstha (BAPS) is a spiritual, volunteer-driven organization dedicated to improving society through individual growth by fostering the Hindu ideals of faith, unity, and selfless service. Its worldwide network of 3,800 centers supports these character-building activities. Under the guidance and leadership of His Holiness Mahant Swami Maharaj, BAPS aspires to build a community that is free of addictions as well as morally, ethically, and spiritually pure. For more details, please visit www.baps.org.