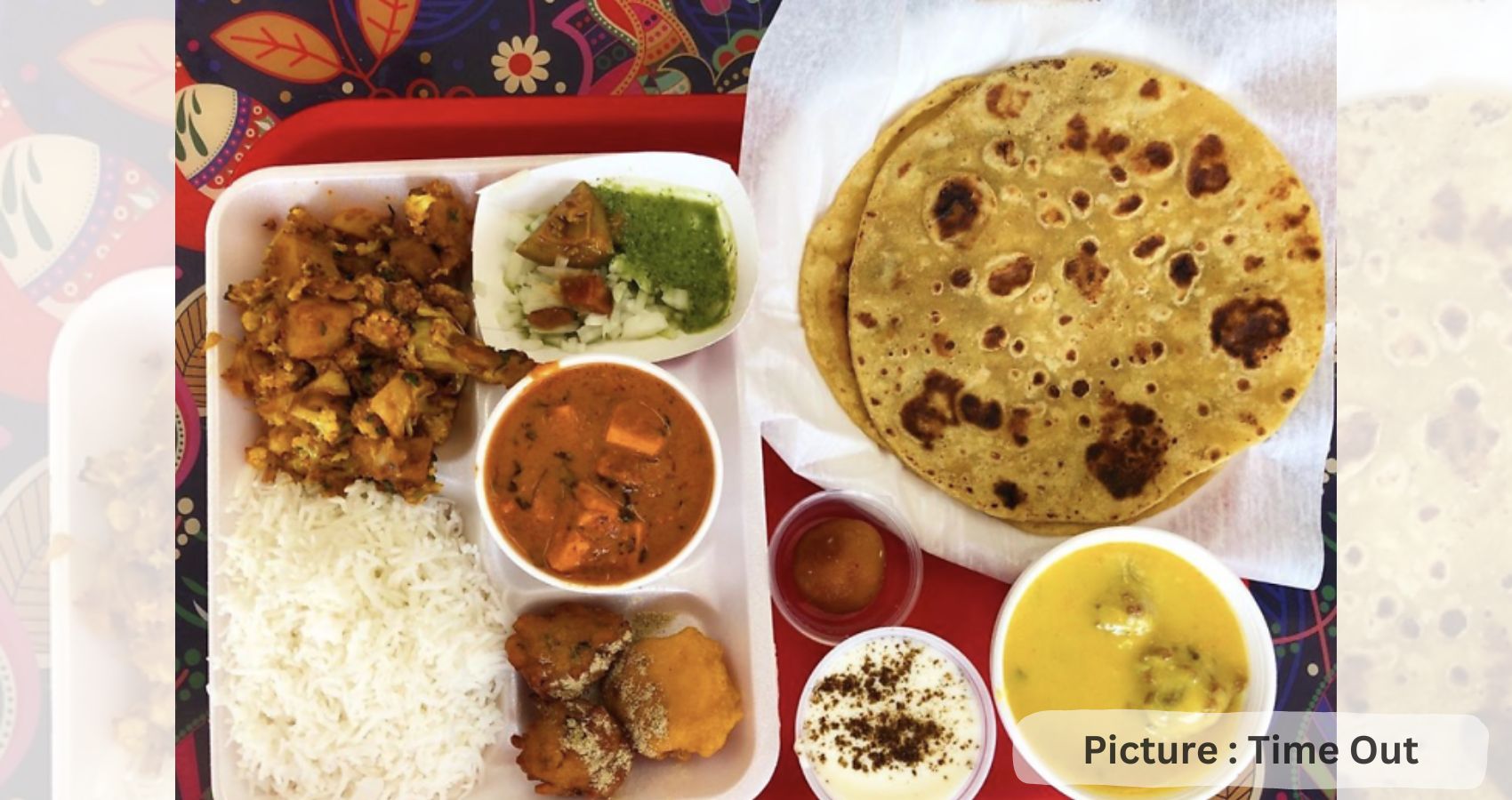 Nearly three years after COVID forced the city that never sleeps to dim its lights, New York’s restaurant scene feels like it’s back to its old self. Many of the beloved classics on this list, like Italian charmer Via Carota, Michelin-starred Le Bernardin, and pizza destination Lucali, can now say they made it to the other side.

And with the addition of outdoor dining, some now have even more seats to welcome guests. There are also new genres of restaurants—like Contento, which works to be truly accessible to all, and the wildly spicy Dhamaka that opened during the pandemic and persevered—establishing themselves as important contenders among the best restaurants in New York City.

With tourism numbers back up, the best tables in the city have once again become highly coveted commodities. Be sure to book them in advance, swing by early, or try your luck at the end of the evening for an open seat at the bar.

Restaurateur Roni Mazumdar and chef/partner Chintan Pandya have taken the city’s dining scene by storm in the past few years with a string of openings that, without question, match their company’s name: Unapologetic Indian. Their West Village spot Semma, which recently received a Michelin star, is often rightfully in the spotlight, but Dhamaka is the cool older sibling that has their own thing going on.

Dhamaka is not a restaurant of restraint, it’s one of abundance and exuberance. Pandya and his team’s cooking looks deep into regional cuisines of India to share dishes we rarely see on menus in the U.S like the restaurant’s acclaimed rabbit dish from Rajasthan, which must be ordered in advance. It’s marinated for 48 hours in spiced yogurt and then slow cooked for hours. There is also doh khleh, a chili-laced pork salad with cilantro and ginger from Meghalaya near Bangladesh and chenna poda, a baked cheese dessert from a state in eastern India below Kolkata. Some dishes like the exceptional goat neck dum biryani, which is served in a pot that’s sealed with a thin flatbread, are larger, so check in with your server about the number of items to order.

MICHELIN Guide’s Point Of View: “This rousing Indian restaurant in Essex Market is refreshingly unapologetic with its complex spices, fierce heat levels and inspired preparations of more unusual items (kidneys, anyone?). Dhamaka, which means “explosion” in Hindi, is a bold love letter to the country’s more rustic dishes, many of which are drawn from the owner’s childhood.

“Where else have you had smoky goat belly flecked with coriander seeds and wrapped in cedar wood? How often does your mutton come in a clay pot filled with a deliciously dark chili oil and an entire bulb of roasted garlic? The kitchen grinds many of its spices daily, and the crowds have been quick to recognize such attention to detail. Tables are comically small but bring friends anyway.

New York’s neighborhoods are dotted with Indian takeout spots that serve a rotation of standards like chicken tikka masala and paneer.

Adda, in Long Island City, Queens is not part of this club. Run by Roni Mazumdar of Rahi and executive chef Chintan Pandya, Adda offers, as they say, “‘unapologetically’ authentic Indian food.” That includes the housemade paneer. There’s also junglee maas, or goat curry, and snacks that come with a fair warning on the menu: “highly addictive.” (Conde Nast Traveller)

“Adda, meaning “a place where people hang out,” holds up to its name with its bright, casual atmosphere, collage wall of Indian newspaper covers, and rustic, “unapologetically” authentic Indian food. We at Adda believe that food is a conversation of life and want to recreate that dialogue through our ingredient-focused menu. By evoking hints of their own nostalgia, owner Roni Mazumdar and Chef Chintan have created traditional dishes the way it’s meant to be cooked: with a variety of herbs and spices made in-house while staying true to India. It’s unpretentious and unapologetically Indian. Come with your spice-appreciating friends and join us for a sensational feast!”