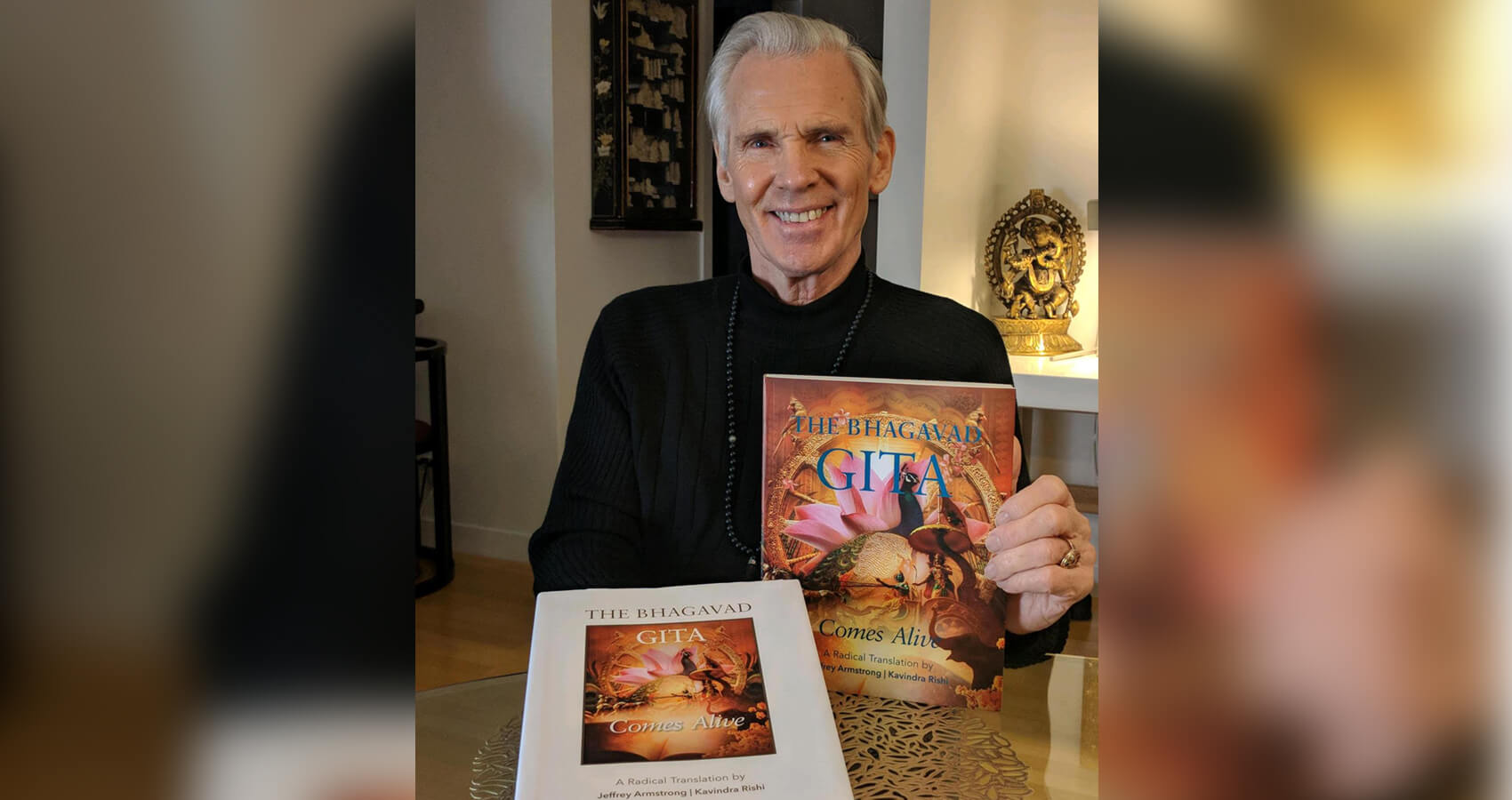 Ten years in the making, a new English version of the world’s most translated – and mistranslated – ancient Indian scripture could be the purest because it does not include colonial, western or Christian distortions.

Written more than 5,000 years ago – some calculate 7,500 years ago – the Bhagavad Gita is considered the ultimate guide on how to navigate life’s struggles and dilemmas and find meaning within existence. It is the central and enduring sacred text of Hindu and other eastern cultures that can be found in households worldwide.

The book also has prevailing global influence as a “leading book of yoga,” and a following that includes Arianna Huffington who recently wrote: “The Bhagavad Gita is a source of wisdom in this crucible time.”

Considered a literary masterpiece with universal appeal, the Gita has been translated hundreds of times in 75 languages since 1785. It even provided the premise of the multi-star Hollywood movie, The Legend of Bagger Vance.

When local Vedic (Hindu) scholar and linguist Jeffrey Armstrong embarked on being the first Canadian to translate the Gita into English, he thought he was doing a straight Sanskrit-to-English translation. Through his research, he discovered that previous western versions had distorted the Gita with concepts, words and theories that do not exist in Sanskrit or Indian cultures.

Armstrong spent 10 years “decolonizing” the text to capture it accurately. The Bhagavad Gita Comes Alive: A Radical Translation released this week on Amazon, timed with Diwali celebrations. Armstrong says the book’s teachings are more relevant than ever.

“As we navigate a changing world amidst a global pandemic, climate change, and universal calls for social justice, the Gita offers guidance and lessons that are timely, including about ethical and moral dilemmas, politics, and cooperating with nature,” said Armstrong, vice-chair of the Vedic Friends Association and scholar with the British Board of Dharmic Scholars.

A few of the Christian words and concepts that Armstrong avoids in his translation include: God, heaven, hell, soul, and sin. “These words and concepts cannot be used as synonyms for Vedic and yogic words and philosophies. I offer the Gita in its true essence where I keep key Sanskrit words and use English to support their true meaning and intent.”

For example, the word “soul” originated with the Greeks and is defined as the essence of a human being who has one lifetime followed by consequences. The Bhagavad Gita Comes Alive replaces “soul” with the correct and intended Sanskrit word, “atma,” which means “the invisible, immortal being with no beginning or end.”

“There has long been demand for a version of the Gita that corrects distortions. With this translation by Jeffrey Armstrong, who deeply understands the connotations and subtle connections of the Sanskrit terms around which the Gita revolves, we finally have an extensive and profound English version of the Bhagavad Gita.”

“Jeffrey Armstrong has produced a master translation, carefully preserving its intended meaning. The Bhagavad Gita Comes Alive: A Radical Translation enables the reader to unlock the profound messages which are obscured by other versions.”

\Jeffrey Armstrong is an award-winning author, linguist, and poet. He has been teaching the Vedas for more than 40 years. He also had a successful 15-year career as an executive in Silicon Valley and public speaker addressing Fortune 500 companies. His other books include Spiritual Teachings of the Avatar, and Karma: The Ancient Secret of Cause & Effect. 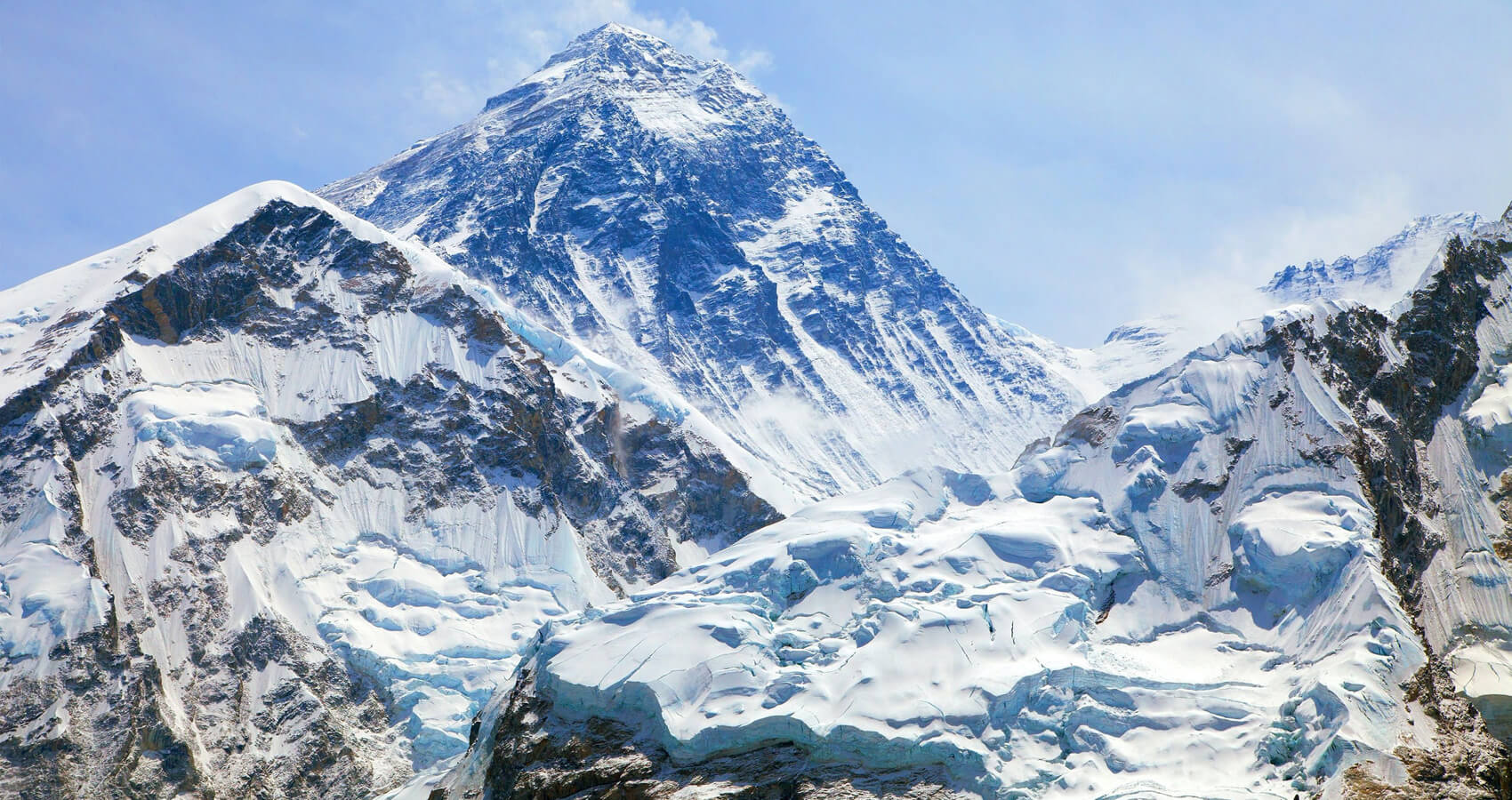 Well known around the globe, Everest as the tallest mountain with 29,029 feet, from sea level to summit may not be the actual height– or at least not for long. Because the mountain is changing.  Scientists say Everest is getting taller, over time, because of plate tectonics. As the Indian plate slips under the Eurasian plate, it uplifts the Himalayas. But earthquakes can reduce their height in an instant.

After a 7.8-magnitude quake in 2015 killed thousands, including climbers on Everest, scientists suspect the mountain got shorter. So China and Nepal, on whose borders Everest stands, decided it’s time to re-measure Everest.

This spring, with the climbing season canceled for COVID-19, China sent a survey team up to Everest’s summit, carrying GPS receivers. Last year, Nepal did the same. The two countries have been analyzing their findings for months, and are expected to release them any day now – possibly as early as this weekend. Calculating that number has evolved as our technology has, but the science remains complicated.

As per reports, Nepal is going to announce the new height of Mt Everest, the world’s tallest peak, very soon. A Cabinet meeting gave nod to Nepal’s Ministry of Land Management to announce the height of Everest and according to some media reports, as the peak has appeared taller than it was but no official confirmation yet.

Minister for Land Management of Nepal, Padma Kumari Aryal said that with our own resources, we have completed the measurement of the Everest and are going to announce it very soon. Nepal had started the remeasurement of the world’s tallest peak in 2017 of its own resources as a lot of concerns were emerging about the height of Mt Everest after the 2015 earthquake.

As agreed with Chinese side, during the visit of Chinese President Xi Jinping last year, Nepal and China will jointly announce the height of the Everest in Kathmandu and Beijing simultaneously, according to Nepal’s Ministry of Land Management.

Although Nepal had planned and announced the remeasurement of the Everest height, believed to be altered by the 2015 earthquake, on its own, the two countries made an agreement in October last year to announce the height jointly. Following that, China measured the height of Everest from the northern side in May this year from Tibetan face.