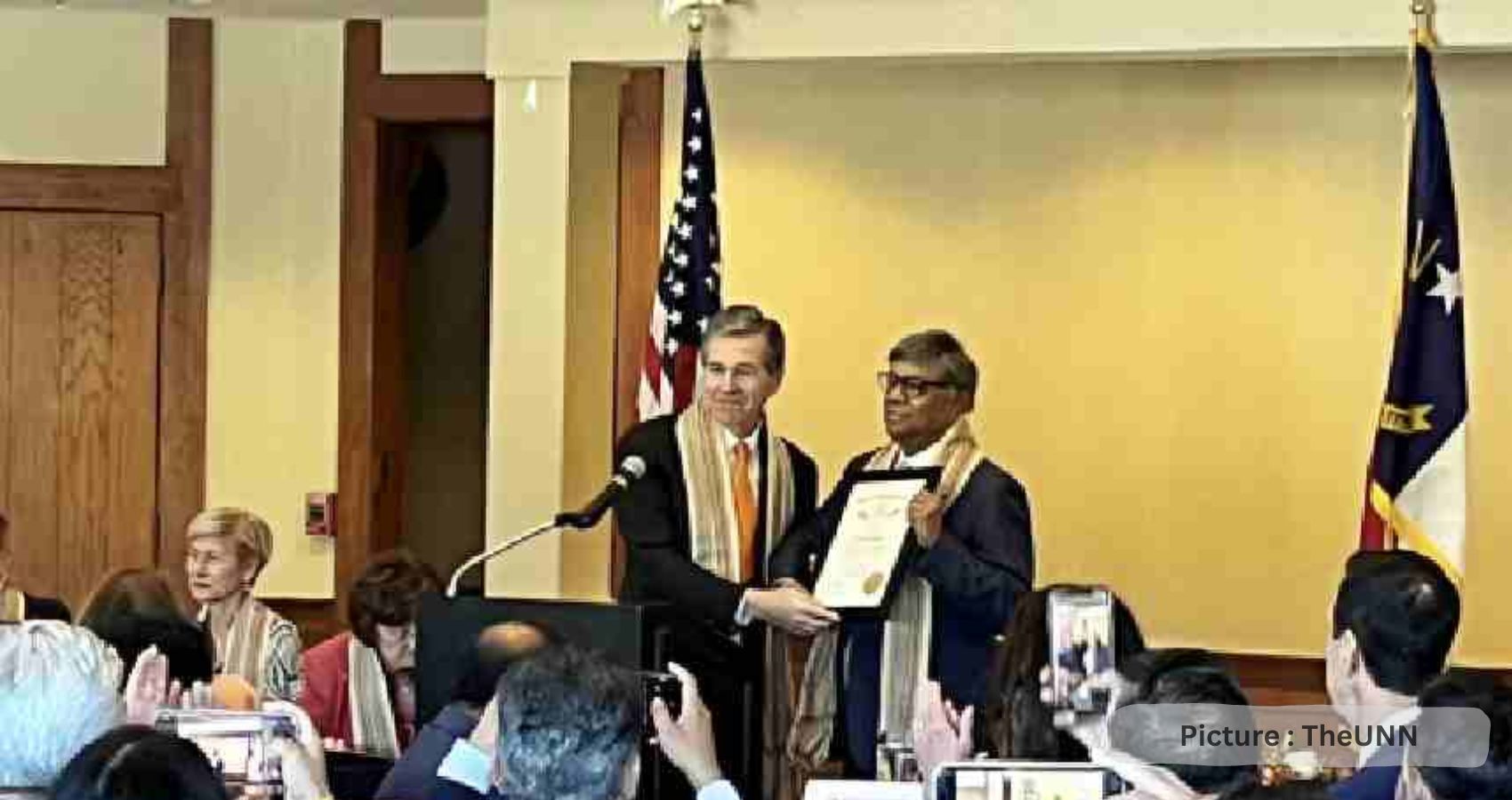 Eminent Indian-American entrepreneur and activist Swadesh Chatterjee, who is known for his immense contribution to strengthening the U.S.-India relationship over the past three decades, has been presented with the highest award by the U.S. State of North Carolina.

North Carolina’s Governor Ray Cooper presented the Order of the Long Leaf Pine to Mr. Chatterjee, 75, at a ceremony on October 21 in Cary, a town in the state.

Chatterjee is an Indian-American entrepreneur and activist who is passionate about strengthening the US-India relationship, and received the Padma Bhushan from the Indian Government in 2001.

According to former American Ambassador to India and Indiaspora member Rich Verma, Chatterjee has been at the center of the key moments that have brought the two governments together, including President Bill Clinton’s trip to India in 2000, which he attended with the president. He also played a big role in the US-India Civil Nuclear deal.

The governor described Mr. Chatterjee as “a spark plug among us” as he applauded his contribution not only to the development of North Carolina but also to the India-U.S. relationship and enriching the cultural milieu of the United States.

America’s former ambassador to India, Rich Verma, said Mr. Chatterjee who received Padma Bhushan from the Indian Government in 2001, has been at the centre of the key moments that have brought the Indian and U.S. governments closer.

Beginning in 2000 when things started to turn upward in the India-U.S. relationship, Mr. Chatterjee “was at the centre of the quintessential events that have defined modern U.S.-India ties”.

The key developments included former president Bill Clinton’s trip to India in 2000 when he brought to India a message of hope and renewal in the partnership.

“Swadesh was not only on the trip with the president, but he was also one of the community leaders who made the trip happen,” he said.

Mr. Chatterjee played a big role in the U.S.-India Civil Nuclear deal, he said, adding that he was instrumental in the evolution of bipartisan support to this relationship over the past two decades.

Indian-American Congressman Ro Khanna recognised him as a great leader for the national Indian American community.

He said that Mr. Chatterjee was one of the very first Indian Americans in the entire country to get politically engaged.

“He has been instrumental in really forging a post-Cold War relationship between the United States and India, which is going to be critical as we see the rise of China,” he said.

In a video message, India’s Ambassador to the U.S. Taranjit Singh Sandhu said that Mr. Chatterjee put in tireless efforts to strengthen bilateral ties between India and the US.

“He is an example of how the diaspora plays an important role in creating a better understanding of India in the United States and vice versa,” Mr. Sandhu said.

In his acceptance speech, Mr. Chatterjee said that the India-U.S. relationship has come a long way thanks to the efforts of the Indian-American community in the state and in the U.S.

“But, there are still a lot more important challenges to be done, because the world has changed drastically in the last five-six years,” he said.

“I am really optimistic and also very gung ho about the future of the U.S.- India relationship,” he said.