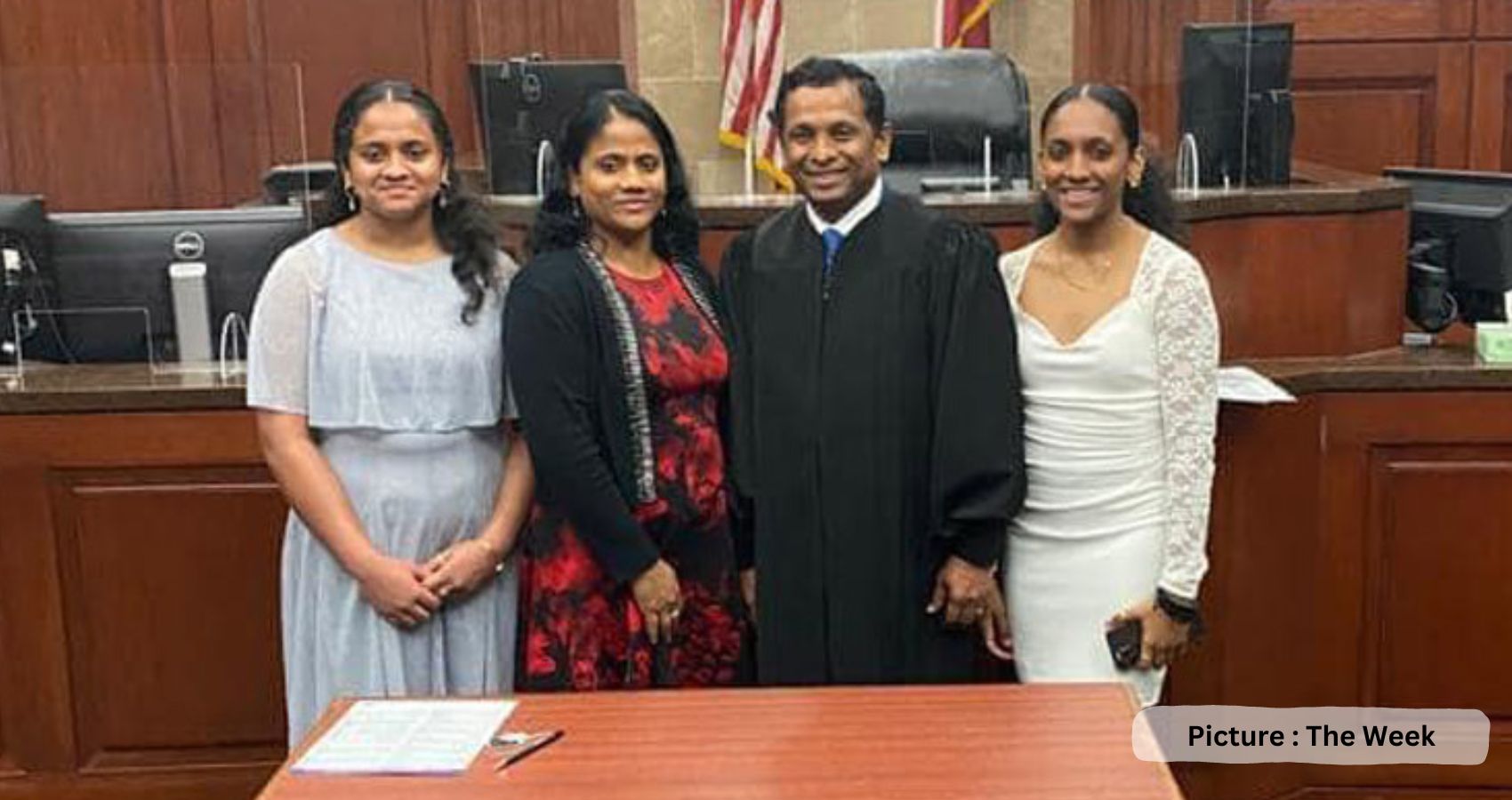 On New Year’s Day, it was a dream come true for US-settled Keralite Surendran K. Pattel as he was sworn in as the judge of 240th Judicial District Court in Texas’ Fort Bend county.

District judges are chosen through elections in the US and Pattel, 51, defeated the sitting judge in the first round of the election to become the first Malayalee to be a district judge in the US. Indian-origin attorney in Texas Surendran K Pattel sworn in as the judge of 240th Judicial District Court in Texas’ Fort Bend County, The Week magazine reported. Born to daily wagers in Kasaragod, the 51-year-old grew up in Kerala.

Pattel’s path to the post was far from easy and was due to his determination, hard work, and the willingness to fight his way upward, as he was not born with a silver spoon in his mouth. As his parents were daily wage earners, he, to make both ends meet, had to work as ‘bidi’ roller and soon became an expert. Life was tough for him when he took a break for a year after his Class 10.

To help the family, he worked through school and college. Pattel even beedis to earn money and also worked as a labourer in his teens, said the report, adding, Pattel decided not to continue his education after class 10th.

He completed his further education and bachelor’s degree, while engaging in part-time work including as a daily laborer so as to earn his livelihood, but never let it affect his studies.

After enrolling for LLB at a college in Kozhikode, he worked in a hotel and in 1995, he passed the law exam. ttendance owing to which the professors refused to allow him to sit for exams. Pleading the teachers, he said, “I told them that if I do not score well, I will discontinue. But when the results came, I became the topper. So, the next year, they were so cooperative with me. I graduated from college as a topper.”

Then came his marriage to Shubha, a nurse by profession and he moved base to Delhi and was practicing at the Supreme Court.

In 2007, his wife got an opportunity to work in the US and he too joined her and since his passion was law, he, after working in a supermarket for a while, appeared for the Texas bar exam and cleared it.

He then got admission for the LL.M program at the University of Houston Law Center, passed it with flying colors, and began work as a lawyer again. This New Year’s Day, he wrote himself into the record books.