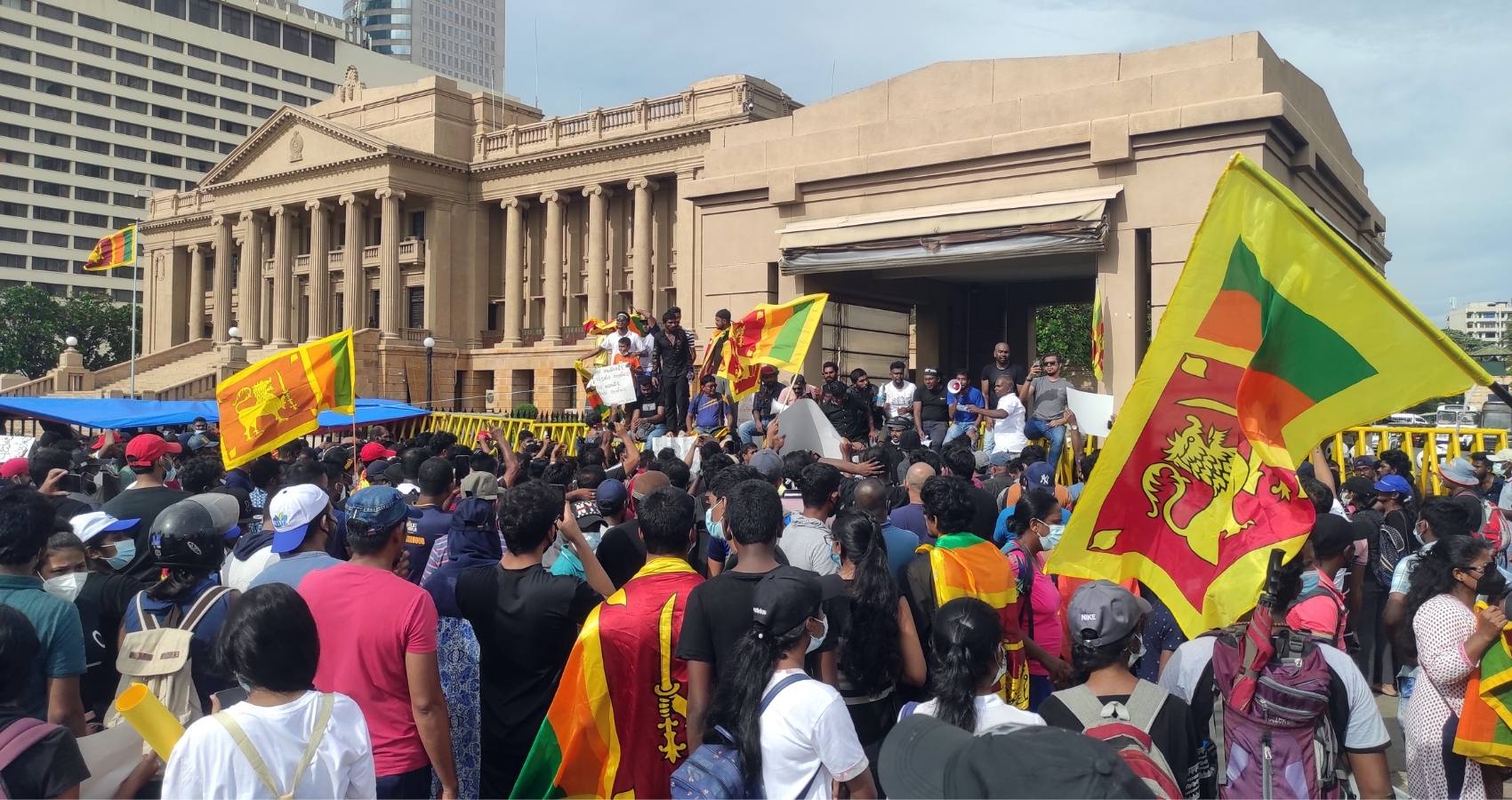 
The country’s Supreme Court on Friday passed an order during the hearing of a petition filed by Transparency International, a global NGO, alleging that these persons were directly responsible for the unsustainability of Sri Lanka’s foreign debt, its debt default and the current economic crisis.

Acting President Ranil Wickremesinghe was sworn in as Sri Lanka’s acting president on July 15th after parliament accepted the resignation of Gotabaya Rajapaksa.

Secret vote: For the first time since 1978, Sri Lanka will elect its next president through a secret vote by the MPs and not through a popular mandate, on July 20. The new president will serve the remaining tenure of Gotabaya Rajapaksa till November 2024.

Sigh of relief: Rajapaksa’s departure from office marks a major victory for the anti-government protesters, who for months have demanded his removal. “We are so happy today that he resigned and we feel that when we, the people, come together, we can do everything,” said Arunanandan, 34, a school teacher told Reuters. “We are the real power in this country.”

As people celebrated in the streets, Parliament Speaker Mahinda Yapa Abeywardana promised a swift and transparent political process that should be done within a week.

The new president could appoint a new prime minister, who would then have to be approved by Parliament. After Rajapaksa resigned, pressure on the prime minister, Ranil Wickremesinghe, was rising.

In a televised statement, Wickremesinghe said he would initiate steps to change the constitution to curb presidential powers and strengthen Parliament, restore law and order and take legal action against “insurgents.”

It was unclear to whom he was referring, although he said true protesters would not have gotten involved in clashes Wednesday night near Parliament, where many soldiers reportedly were injured.

The process of parliament electing a new president began on Saturday, with MPs expected to take a vote on 20 July. The initial formal meeting lasted just 13 minutes, with a letter being read out from Mr Rajapaska defending his record.

“It is a matter of personal satisfaction for me that I was able to protect our people from the pandemic despite the economic crisis we were already facing,” he wrote.

According to news agency AFP, more than 16,500 people died during the pandemic in Sri Lanka, while the country’s official foreign exchange reserves dropped from $7.5bn (£6.3bn) to just $1m during his tenure.

After being sworn in as interim leader, Mr Wickremesinghe promised to act quickly to put a democratically elected president in place. “I will take immediate steps to establish the rule of law and peace in the country. I accept 100% the right to peaceful protests. But some are trying to do acts of sabotage,” he said.

Meanwhile, Singapore says ousted president Rajapaksa did not ask for political asylum when he arrived there.  The former president, who arrived with his wife and two bodyguards, no longer has legal immunity as a head of state and his position is now more precarious as he tries to find a safe country to shelter in.

He is expected to stay in Singapore for some time before possibly moving to the United Arab Emirates, Sri Lankan security sources told AFP news agency.