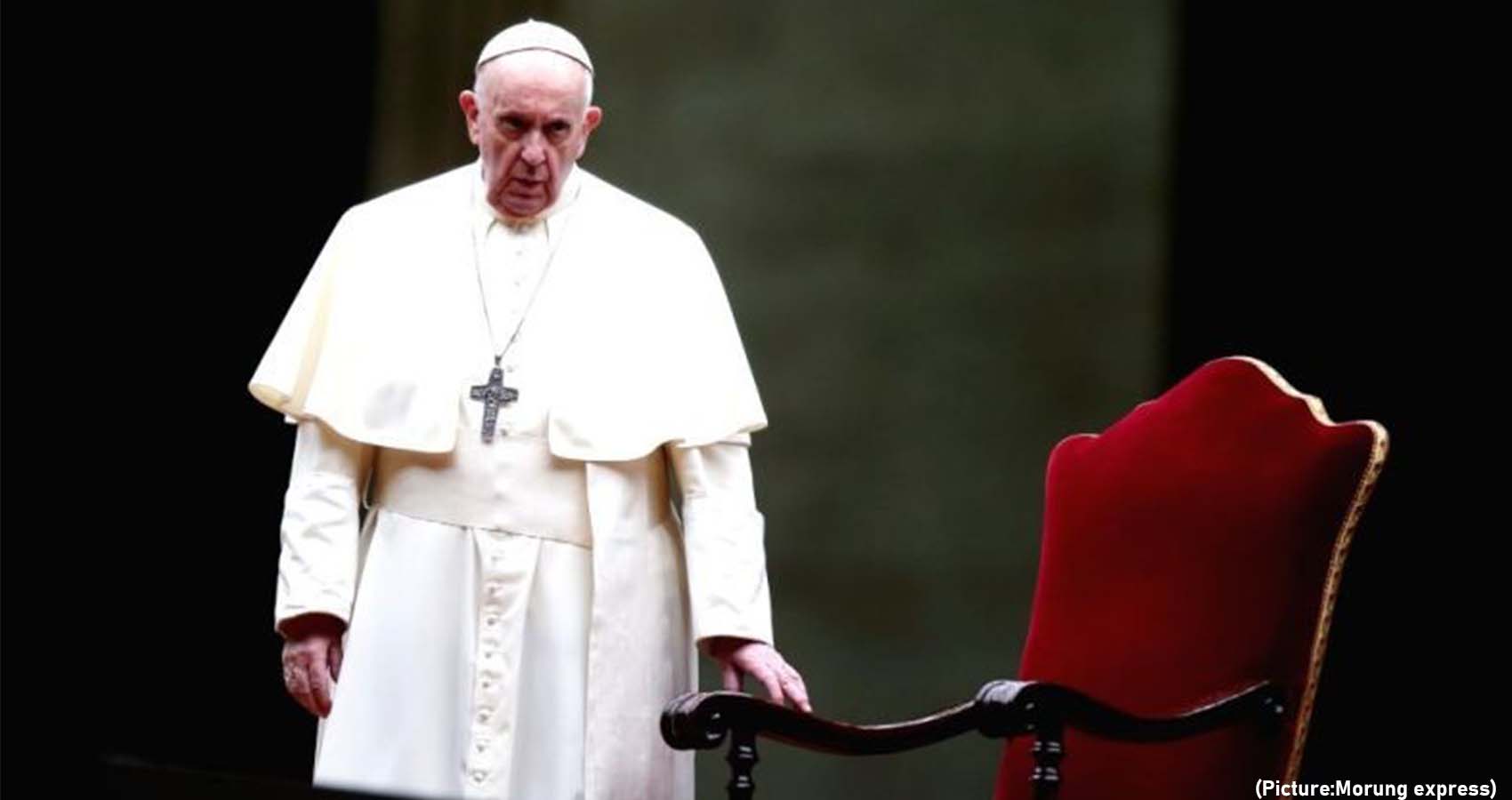 Pope Francis has acknowledged his increasingly vocal conservative critics, saying their “nasty comments” were the work of the devil and adding that “some wanted me dead” after his recent intestinal surgery.

Francis made the comments during a Sept. 12 private meeting with Slovakian Jesuits soon after he arrived in the Slovak capital of Bratislava during his just-finished visit. A transcript of the encounter was published by the Jesuit journal La Civilta Cattolica, which often provides after-the-fact accounts of Francis’ closed-door meetings with his fellow Jesuits when he’s on the road. 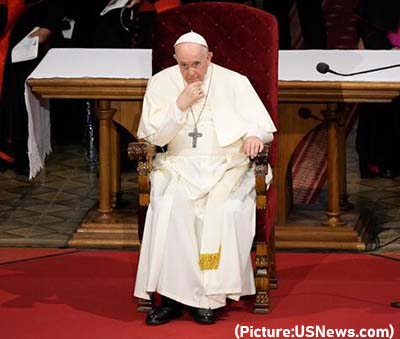 When a Jesuit in Slovakia asked Pope Francis “How are you?,”the pope stunned them with his answer: “Still alive, even though some people wanted me to die. There were even meetings between prelates who thought the pope’s condition was more serious than the official version. They were preparing for the conclave,” Pope Francis said.

Francis showed his dark sense of humor throughout the encounter, particularly when a priest asked him how he was feeling. The Sept. 12-15 Hungary-Slovakia trip was Francis’ first international outing since undergoing surgery in July to remove a 33-centimeter (13-inch) chunk of his large intestine.

“Still alive,” Francis quipped. “Even though some wanted me dead. I know there were even meetings among priests who thought the pope was in worse shape than what was being said. They were preparing the conclave.”

The comment was a reflection of the intense interest in the pope’s health, and the speculation about what would happen if he were to fail, that always accompanies a pontiff but is perhaps more acute with a pope who has attracted vocal opposition from part of the church. After his 10-day hospital stay, Italian media began speculating that Francis might resign and pointed out the need for norms to regulate a second retired pope. Francis has previously said resigning “didn’t even cross my mind.”

Francis was also asked about how he deals with divisions and with people who view him with suspicion. It was a reference to Catholic conservatives who have long criticized Francis’ critiques of capitalism and his focus on the environment and migrants.

Their criticism turned to outrage after Francis in July cracked down on the celebration of the old Latin Mass. Francis reversed Emeritus Benedict XVI and re-imposed restrictions on celebrating the old rite, saying the move was necessary because the Latin Mass had become a source of division in the church and been exploited on ideological grounds.

In his response, Francis referred to the Latin Mass outcry and noted that there was a “big Catholic television station that continually speaks poorly about the pope.” He didn’t name it but it could have been a reference to the EWTN media conglomerate, which has been critical of the papacy and in particular Francis’ new restrictions on the old Latin Mass.

“I personally might merit attacks and insults because I’m a sinner, but the church doesn’t deserve this; it’s the work of the devil,” he said. “Yes there are priests even who make nasty comments about me. Sometimes I lose my patience, especially when they make judgments without entering into a real dialogue. You can’t do anything with that.” But Francis said his reaction is to just preach. “I just go forward without entering into their world of ideas and fantasies,” he said.

Pope Francis remarked, “There is, for example, a large Catholic television channel that has no hesitation in continually speaking ill of the pope.” He said: “I personally deserve attacks and insults because I am a sinner, but the church does not deserve them. They are the work of the devil. I have also said this to some of them.”

While Francis did not name the “large Catholic television channel” in his answer, his remark “I have also said this to some of them” offers a clue as to which station he was referring to. America, a news magazine has learned from three different Vatican officials, who asked for anonymity because they were not authorized to speak, that the pope touched on this same topic on his flight from Rome to Baghdad on March 5, when he greeted each of the journalists on the flight.

Pope Francis told the Slovak Jesuits, it is not only a Catholic television channel that speaks badly about him. “There are also clerics who make nasty comments about me,” he said. “I sometimes lose patience, especially when they make judgments without entering into a real dialogue. I can’t do anything there. However, I go on without entering their world of ideas and fantasies. I don’t want to enter it, and that’s why I prefer to preach.”

Francis added, “Some people accuse me of not talking about holiness. They say I always talk about social issues and that I’m a Communist. Yet I wrote an entire apostolic exhortation on holiness, ‘Gaudete et Exsultate.’”

Another Jesuit who had lived in both Slovakia and Switzerland told the pope that he had experienced “pastoral creativity” while the church was repressed under Communist rule in Slovakia, but that more recently he had seen “that many people want to go back or seek certainties in the past…. What vision of church can we follow?”

Pope Francis responded: “Life scares us…. Freedom scares us. In a world that is so conditioned by addictions and virtual experiences, it frightens us to be free.” He cited a passage from “The Grand Inquisitor” scene from Fyodor Dostoyevsky’s The Brothers Karamazov, in which the inquisitor approaches Christ and “reproaches Jesus for having given us freedom: a bit of bread would have been enough and nothing more.”