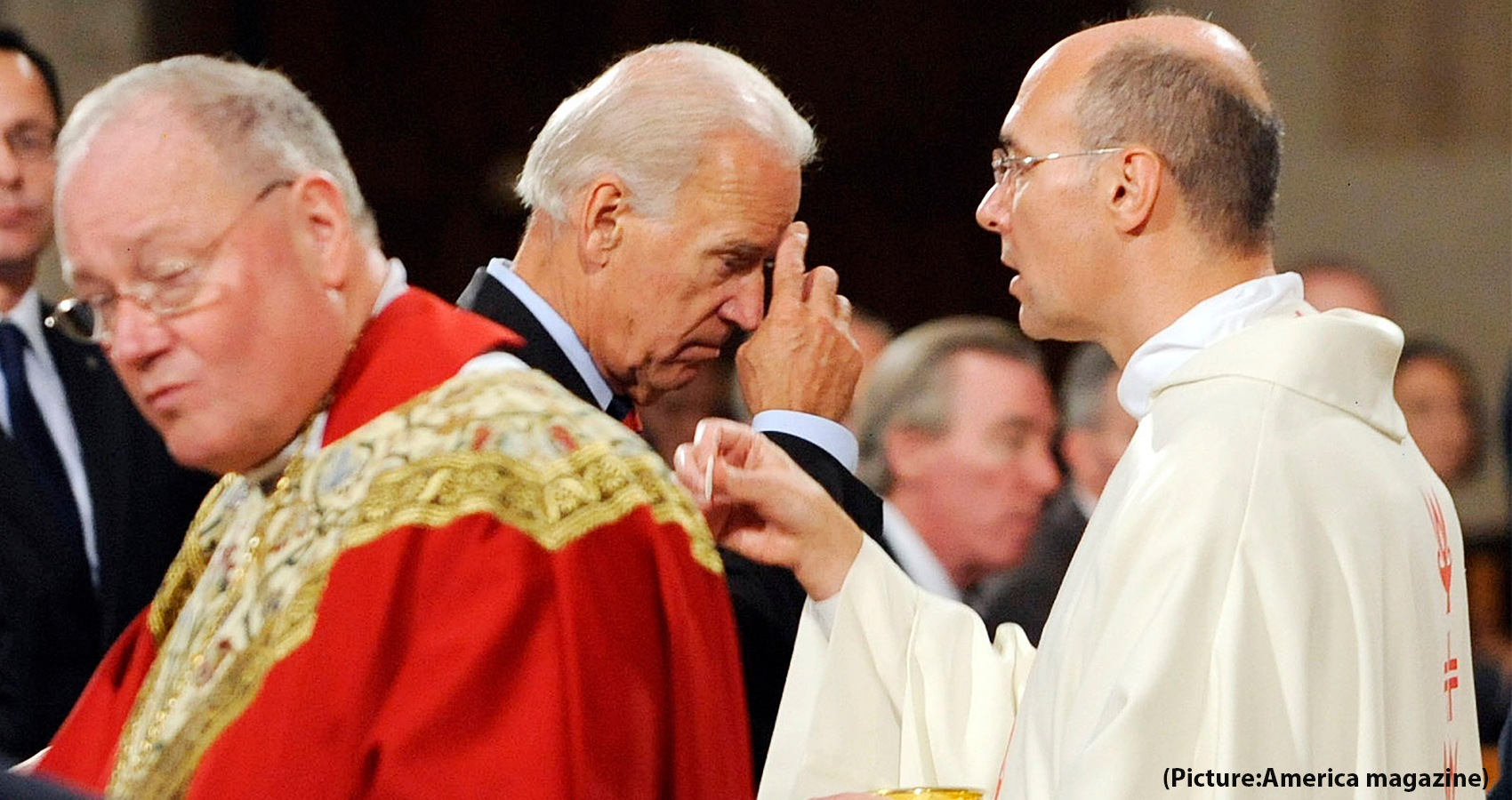 Catholic bishops meeting in regional cohorts have until the end of next month to submit their thoughts on what should be included in a forthcoming document on the Eucharist, which some Catholics fear may further divide the church over political support for abortion rights, the bishop heading the committee drafting the document said last week. 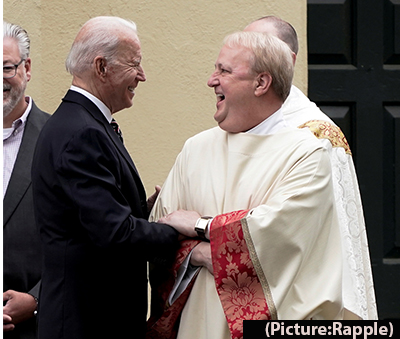 Bishop Kevin C. Rhoades, who leads the doctrine committee of the U.S. Conference of Catholics Bishops, reiterated that the document will not bar any individuals from receiving Communion and said it is “going to be addressed to all Catholics, not a particular person or a single issue in the part on Eucharistic consistency.”

“We’re striving to write a document that will contribute to a real eucharistic revival in the church in our nation by highlighting the truth about the amazing gift that Jesus gave us on the night before he died,” Bishop Rhoades said.

But Bishop Rhoades also suggested that Catholics who do not accept the totality of church teaching are not prepared to receive Communion.

“In order to be properly disposed to receive the Eucharist, we need to be in communion with the church, and we need to assent to the deposit of faith that’s contained in Scripture and tradition that the apostles entrusted to the church,” Bishop Rhoades said. “This is our perennial tradition.”

The comments came during a panel hosted by the Initiative on Catholic Social Thought and Public Life at Georgetown University.

Bishop Rhoades also suggested that Catholics who do not accept the totality of church teaching are not prepared to receive Communion.

Cardinal Joseph Tobin, the archbishop of Newark who spoke last month against moving ahead with drafting a statement, said during the panel that the perception around that document is that it is political in nature and is thus unlikely to achieve the goal of broadening understanding about the Eucharist.

​“One thing I’ve learned in 43 years as a priest is that preaching has two essential dynamics,” he said. “One is what you say and second is what they hear.”

He applied that dynamic to the forthcoming document, which follows statements from individual bishops condemning Mr. Biden’s support for abortion rights and an unusual working group formed by the U.S.C.C.B. president in the wake of Mr. Biden’s election.

Cardinal Tobin suggested that U.S. bishops look to other nations that have dealt with similar situations for guidance. He noted that bishops in Argentina did not threaten to deny Communion to political leaders who sought to legalize abortion there.“Are they slacking or do they have a different pastoral sense?” he asked.

A Catholic commentator said she feared the document could reduce reflection about worthiness to receive the Eucharist to one’s views on abortion, which she called “simplistic.” “It does seem to me simplistic to say that abortion is the preeminent priority for Catholics politically, not just in a sense of ranking moral issues but also when it comes to making specific decisions about voting and about elections,” said Mollie Wilson O’Reilly, an editor at large at Commonweal. “Insisting on that has led the Catholic Church and the Catholic hierarchy into a de facto alliance with the G.O.P. over the last several decades.”

John Carr, a longtime staffer of the U.S.C.C.B. and now the co-director of the Initiative on Catholic Social Thought and Public Life, called the debate over whether Catholic politicians are eligible to receive Communion “terrible timing.”

“In the midst of a pandemic racial reckoning, let’s have a fight about whether the president ought to be able to receive Communion?” he questioned.

“We ought to be saying to people, the Eucharist brings us together, we need you as part of our family and faith,” he said. “We’ve got to read the signs of the times. We’re in a particular moment, and we ought to do everything we can to make sure the Eucharist doesn’t get used or misused for political or ideological purposes.”

“In the midst of a pandemic racial reckoning, let’s have a fight about whether the president ought to be able to receive Communion?” John Carr questioned.

Mr. Carr said he is “bitterly disappointed” in the president’s support for abortion rights, “but what’s different is he continues to be a part of our community. He attends Mass every Sunday.”

“We need not to discipline politicians but to engage our politicians and to pull them back in, so they see the richness of our tradition in its everyday forms,” he said.

Some Catholics have lamented that the debate over the document—which lasted for more than two hours when bishops met virtually last month—highlights divisions in the church.

But Gretchen Crowe, the editor of the Catholic newspaper Our Sunday Visitor, said on the panel that fears over divisions should not deter bishops from talking about “eucharistic coherence.”

“A fear of division, or really a fear of anything else, really never should prevent the church from teaching what it professes about anything,”  Gretchen Crowe said.

“A fear of division, or really a fear of anything else, really never should prevent the church from teaching what it professes about anything, much less what it teaches about the real presence of Jesus Christ in the Eucharist,” she said.

A number of bishops have pointed to a 2019 poll from the Pew Research Center that found significant numbers of U.S. Catholics either disagree with or do not understand the church’s teaching that the Eucharist is the real body and blood of Christ. That poll helped prompt bishops to adopt a strategic plan that highlighted church teaching on the Eucharist. Those backing the statement on “eucharistic coherence” said the document fits in with that plan.

Cardinal Tobin said on Wednesday’s panel that perhaps church leaders trying to inspire Catholics about the Eucharist might look to Rome for inspiration. “If Pope Francis’ great encyclicals were quoted as often as that Pew statistic, I think we might be better off as a church,” he said.