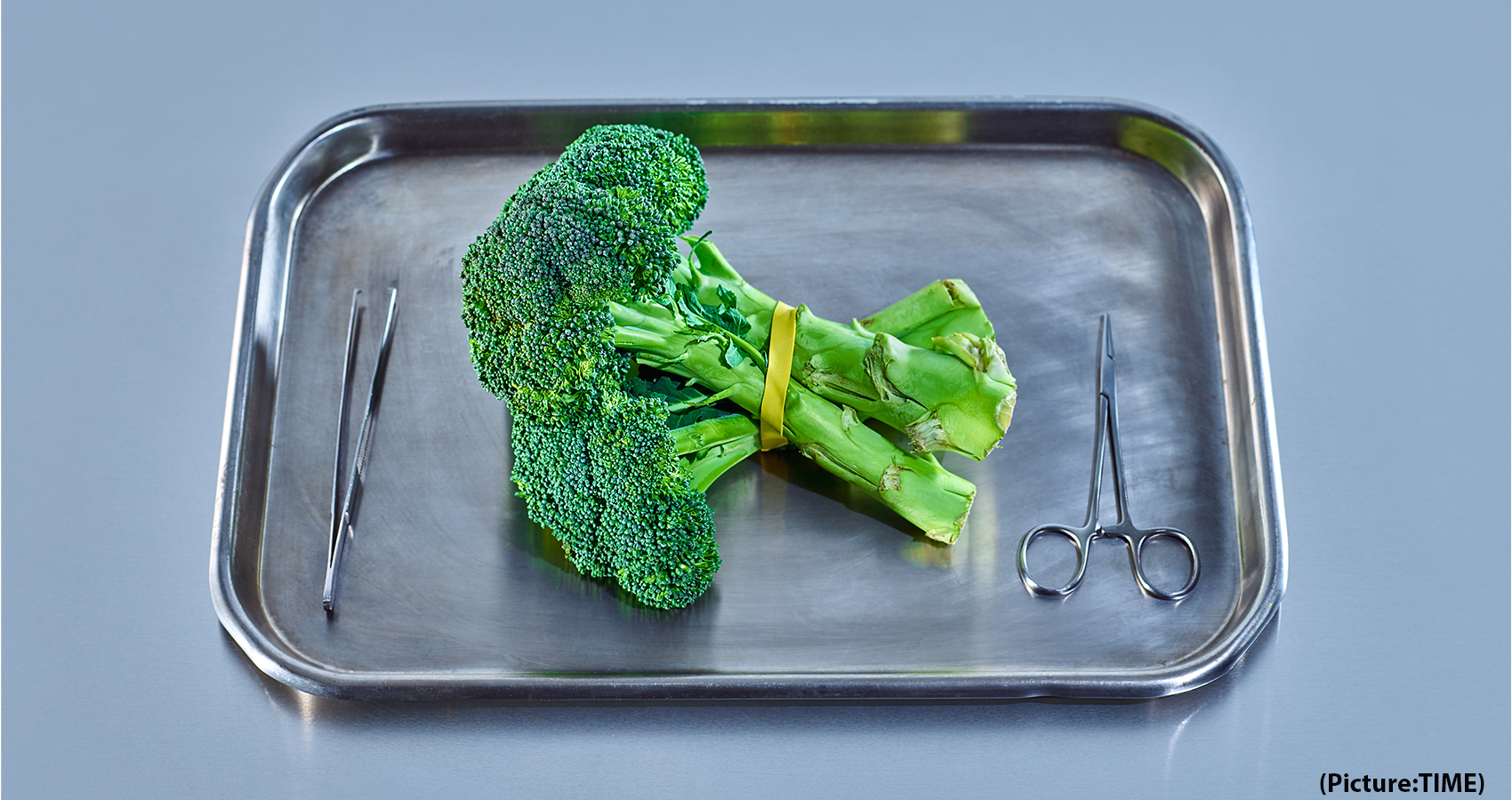 When Tom Shicowich’s toe started feeling numb in 2010, he brushed it off as a temporary ache. At the time, he didn’t have health insurance, so he put off going to the doctor. The toe became infected, and he got so sick that he stayed in bed for two days with what he assumed was the flu. When he finally saw a doctor, the physician immediately sent Shicowich to the emergency room. Several days later, surgeons amputated his toe, and he ended up spending a month in the hospital to recover. 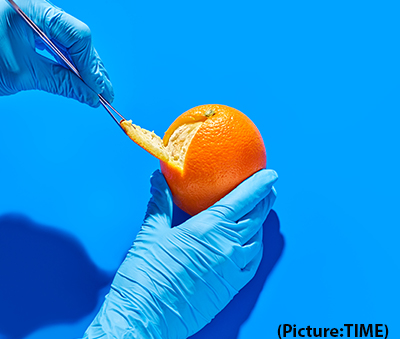 Shicowich lost his toe because of complications of Type 2 diabetes as he struggled to keep his blood sugar under control. He was overweight and on diabetes medications, but his diet of fast food and convenient, frozen processed meals had pushed his disease to life-threatening levels.

After a few more years of trying unsuccessfully to treat Shicowich’s diabetes, his doctor recommended that he try a new program designed to help patients like him. Launched in 2017 by the Geisinger Health System at one of its community hospitals, the Fresh Food Farmacy provides healthy foods—heavy on fruits, vegetables, lean meats and low-sodium options—to patients in Northumberland County, Pennsylvania, and teaches them how to incorporate those foods into their daily diet. Each week, Shicowich, who lives below the federal poverty line and is food-insecure, picks up recipes and free groceries from the Farmacy’s food bank and has his nutrition questions answered and blood sugar monitored by the dietitians and health care managers assigned to the Farmacy. In the year and a half since he joined the program, Shicowich has lost 60 lb., and his A1C level, a measure of his blood sugar, has dropped from 10.9 to 6.9, which means he still has diabetes but it’s out of the dangerous range. “It’s a major, major difference from where I started from,” he says. “It’s been a life-changing, lifesaving program for me.”

\Geisinger’s program is one of a number of groundbreaking efforts that finally consider food a critical part of a patient’s medical care—and treat food as medicine that can have as much power to heal as drugs. More studies are revealing that people’s health is the sum of much more than the medications they take and the tests they get—health is affected by how much people sleep and exercise, how much stress they’re shouldering and, yes, what they are eating at every meal.

Food is becoming a particular focus of doctors, hospitals, insurers and even employers who are frustrated by the slow progress of drug treatments in reducing food-related diseases like Type 2 diabetes, heart disease, hypertension and even cancer. They’re also encouraged by the growing body of research that supports the idea that when people eat well, they stay healthier and are more likely to control chronic diseases and perhaps even avoid them altogether. “When you prioritize food and teach people how to prepare healthy meals, lo and behold, it can end up being more impactful than medications themselves,” says Dr. Jaewon Ryu, interim president and CEO of Geisinger. “That’s a big win.”

The problem is that eating healthy isn’t as easy as popping a pill. For some, healthy foods simply aren’t available. And if they are, they aren’t affordable. So more hospitals and physicians are taking action to break down these barriers to improve their patients’ health. In cities where fresh produce is harder to access, hospitals have worked with local grocers to provide discounts on fruits and vegetables when patients provide a “prescription” written by their doctor; the Cleveland Clinic sponsors farmers’ markets where local growers accept food assistance vouchers from federal programs like WIC as well as state-led initiatives. And some doctors at Kaiser Permanente in San Francisco hand out recipes instead of (or along with) prescriptions for their patients, pulled from the organization’s Thrive Kitchen, which also provides low-cost monthly cooking classes for members of its health plan. Hospitals and clinics across the country have also visited Geisinger’s program to learn from its success.

But doctors alone can’t accomplish this food transformation. Recognizing that healthier members not only live longer but also avoid expensive visits to the emergency room, insurers are starting to reward healthy eating by covering sessions with nutritionists and dietitians. In February, Blue Cross Blue Shield of Massachusetts began covering tailored meals from the nonprofit food program Community Servings for its members with congestive heart failure who can’t afford the low-fat, low-sodium meals they need. Early last year, Congress assigned a first ever bipartisan Food Is Medicine working group to explore how government-sponsored food programs could address hunger and also lower burgeoning health care costs borne by Medicare when it comes to complications of chronic diseases. “The idea of food as medicine is not only an idea whose time has come,” says Dr. Dariush Mozaffarian, a cardiologist and the dean of the Friedman School of Nutrition Science and Policy at Tufts University. “It’s an idea that’s absolutely essential to our health care system.”

Ask any doctor how to avoid or mitigate the effects of the leading killers of Americans and you’ll likely hear that eating healthier plays a big role. But knowing intuitively that food can influence health is one thing, and having the science and the confidence to back it up is another. And it’s only relatively recently that doctors have started to bridge this gap.

It’s hard to look at health outcomes like heart disease and cancer that develop over long periods of time and tie them to specific foods in the typical adult’s varied diet. Plus, foods are not like drugs that can be tested in rigorous studies that compare people who eat a cup of blueberries a day, for example, with those who don’t to determine if the fruit can prevent cancers. Foods aren’t as discrete as drugs when it comes to how they act on the body either—they can contain a number of beneficial, and possibly less beneficial, ingredients that work in divergent systems.

Doctors also know that we eat not only to feed our cells but also because of emotions, like feeling happy or sad. “It’s a lot cheaper to put someone on three months of statins [to lower their cholesterol] than to figure out how to get them to eat a healthy diet,” says Eric Rimm, a professor of epidemiology and nutrition at the Harvard T.H. Chan School of Public Health.

But drugs are expensive—the average American spends $1,400 a year on medications—and if people can’t afford them, they go without, increasing the likelihood that they’ll develop complications as they progress to severe stages of their illness, which in turn forces them to require more—and costly—health care. What’s more, it’s not as if the medications are cure-alls; while deaths from heart disease are declining, for example, the most recent report from the American Heart Association showed that the prevalence of obesity increased from 30.5% in 1999–2000 to 37.7% in 2013–2014, and 40% of adults have high total cholesterol.

What people are eating contributes to those stubborn trends, and making nutrition a bigger priority in health care instead of an afterthought may finally start to reverse them. Although there aren’t the same types of rigorous trials proving food’s worth that there are for drugs, the data that do exist, from population-based studies of what people eat, as well as animal and lab studies of specific active ingredients in food, all point in the same direction.

The power of food as medicine gained scientific credibility in 2002, when the U.S. government released results of a study that pitted a diet and exercise program against a drug treatment for Type 2 diabetes. The Diabetes Prevention Program compared people assigned to a diet low in saturated fat, sugar and salt that included lean protein and fresh fruits and vegetables with people assigned to take metformin to lower blood sugar. Among people at high risk of developing diabetes, those taking metformin lowered their risk of actually getting diabetes by 31% compared with those taking a placebo, while those who modified their diet and exercised regularly lowered their risk by 58% compared with those who didn’t change their behaviors, a near doubling in risk reduction.

Studies showing that food could treat disease as well soon followed. In 2010, Medicare reimbursed the first lifestyle-based program for treating heart disease, based on decades of work by University of California, San Francisco, heart expert Dr. Dean Ornish. Under his plan, people who had had heart attacks switched to a low-fat diet, exercised regularly, stopped smoking, lowered their stress levels with meditation and strengthened their social connections. In a series of studies, he found that most followers lowered their blood sugar, blood pressure and cholesterol levels and also reversed some of the blockages in their heart arteries, reducing their episodes of angina.

In recent years, other studies have shown similar benefits for healthy eating patterns like the Mediterranean diet—which is high in good fats like olive oil and omega-3s, nuts, fruits and vegetables—in preventing repeat events for people who have had a heart attack. “It’s clear that people who are coached on how to eat a Mediterranean diet high in nuts or olive oil get more benefit than we’ve found in similarly conducted trials of statins [to lower cholesterol],” says Rimm. Researchers found similar benefit for people who have not yet had a heart attack but were at higher risk of having one.

Animal studies and analyses of human cells in the lab are also starting to expose why certain foods are associated with lower rates of disease. Researchers are isolating compounds like omega-3s found in fish and polyphenols in apples, for example, that can inhibit cancer tumors’ ability to grow new blood vessels. Nuts and seeds can protect parts of our chromosomes so they can repair damage they encounter more efficiently and help cells stay healthy longer.

If food is indeed medicine, then it’s time to treat it that way. In his upcoming book, Eat to Beat Disease, Dr. William Li, a heart expert, pulled together years of accumulated data and proposes specific doses of foods that can treat diseases ranging from diabetes to breast cancer. Not all doctors agree that the science supports administering food like drugs, but he’s hoping the controversial idea will prompt more researchers to study food in ways as scientifically rigorous as possible and generate stronger data in coming years. “We are far away from prescribing diets categorically to fight disease,” he says. “And we may never get there. But we are looking to fill in the gaps that have long existed in this field with real science. This is the beginning of a better tomorrow.”

And talking about food in terms of doses might push more doctors to put down their prescription pads and start going over grocery lists with their patients instead. So far, the several hundred people like Shicowich who rely on the Fresh Food Farmacy have lowered their risk of serious diabetes complications by 40% and cut hospitalizations by 70% compared with other diabetic people in the area who don’t have access to the program. This year, on the basis of its success so far, the Fresh Food Farmacy is tripling the number of patients it supports.

Shicowich knows firsthand how important that will be for people like him. When he was first diagnosed, he lost weight and controlled his blood sugar, but he found those changes hard to maintain and soon saw his weight balloon and his blood-sugar levels skyrocket. He’s become one of the program’s better-known success stories and now works part time in the produce section of a supermarket and cooks nearly all his meals. He’s expanding his cooking skills to include fish, which he had never tried preparing before. “I know what healthy food looks like, and I know what to do with it now,” he says. “Without this program, and without the support system, I’d probably still be sitting on the couch with a box of Oreos.” (Photographs By Zachary Zavislak)