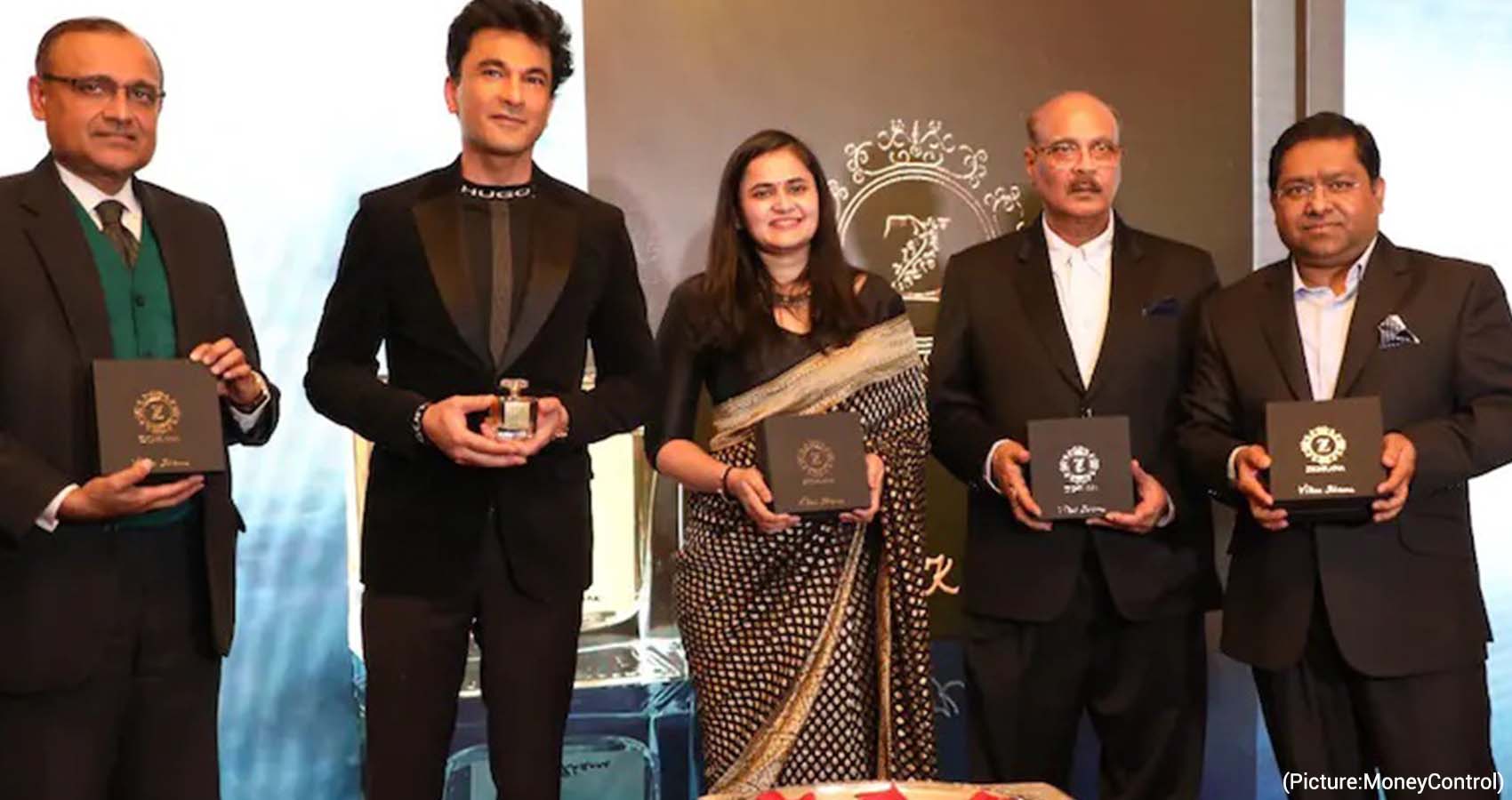 A Made in India perfume from Uttar Pradesh’s Kannauj was launched in New York as part of the ‘Azadi Ka Amrit Mahotsav’ program on Valentine’s Day at the Indian Consulate in New York.

The launch of the perfume ‘Vikas Khanna by Zighrana’ was unveiled by the Consulate General of India in New York Randhir Jaiswal here. Perfume maker Zighrana said that it is delighted to work with an Indian cultural icon and intrepid entrepreneur Vikas Khanna for their first perfume. “This is possibly the first time that you have an Indian perfume from Kannauj (UP), that too, at a time when we are celebrating India’s 75 years of Independence,” said Randhir Jaiswal.

Swapnil Pathak Sharma, Chief Executive Officer (CEO) of Zighrana, said, “It is an honour to launch the product here in New York. Coming from a small town, it is a dream come true. Presenting my city on such a global platform is a pleasure.”

“The new perfume ‘Vikas Khanna’ by Zighrana is a unique blend of spices like cloves, cardamom, nutmeg, sandalwood, jasmine and rose which have come to define the unique smells of India for more than a millennia,” the company wrote in its press release.

The Zighrana CEO said that the company will also launch a perfume dedicated to her hometown, the “perfume capital of India”, Kannuaj.

“Hailing from Kannauj, the perfume capital of India, situated close to the cradle of our civilization the holy and pure mother river Ganga, this new product is our humble attempt to capture the essence of Incredible India. Incidentally, the parent company of Zighrana has a family history of creating fragrances since 1911,” it added.

The perfume maker said that they have used precious ingredients like pure rose oil which is both resource and labor intensive to generate and it takes nearly 100 kilograms of flowers to make as little as 20 grams of rose oil.

The company has planned to come out with more distinct fragrances representing India’s history and culture. Moreover, the brand wants to bring their traditional attars to the US market and explore opportunities in the scented candles market.