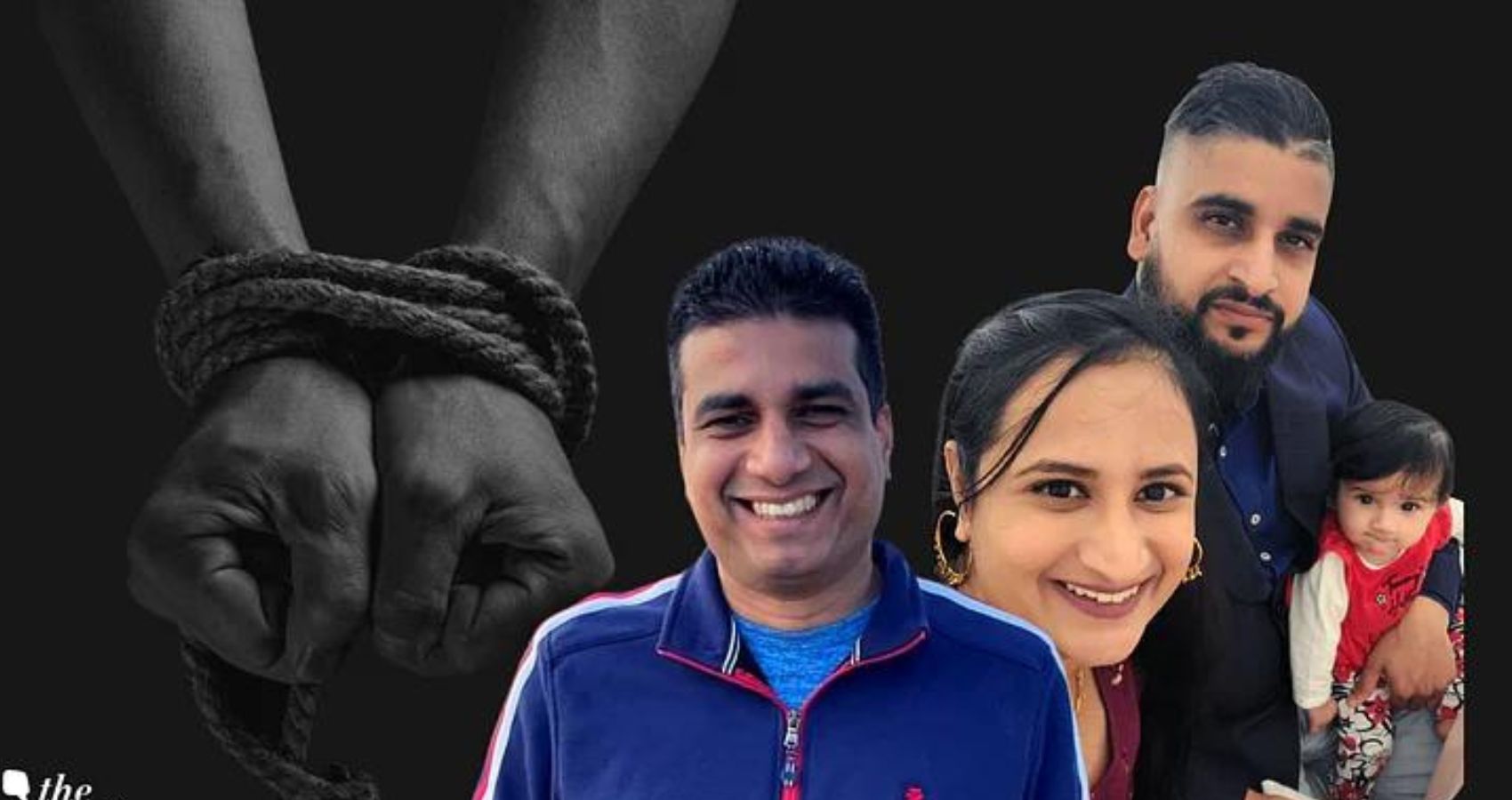 The terrifying kidnapping and murder in Merced, California, of 8-month old Aroohi Dheri, her mother and father, Jasleen Kaur and Jasdeep Singh, and his older brother, Amandeep Singh, have horrified and left heartbroken the relatives in this tight knit Sikh family.

A grieving close relative of the brothers told media, “You can’t even fathom. They were just starting a family, just making family memories… it was so short lived, it’s so heart breaking.”

Two brothers, Jesus Manuel Salgado and Alberto Salgado, have been arrested in connection with the kidnapping and killing of the family members.  Jesus, a former worker at the victims’ family business, was arrested late Thursday on four counts of murder and four counts of kidnapping in the case, Merced County sheriff’s spokesperson Alexandra Britton said.

Alberto also was arrested in the case Thursday night on preliminary charges of criminal conspiracy, accessory and destroying evidence in connection with the case, Britton told CNN Friday.

Police say the four slain family members were kidnapped from the family’s trucking business in Merced on Monday, and parts of the kidnapping were captured on surveillance video.

On Wednesday, the bodies of the four were recovered from an orchard in Merced County after a farmworker alerted authorities to the remains.

As Merced County Sheriff Vern Warnke announced the family’s bodies had been found Wednesday evening, he said, “there’s a special place in hell” for the perpetrator.

“The circumstances around this, when we are able to release everything, should anger the hell out of you,” Warnke said.

CNN was not immediately able to identify attorneys for the Salgado brothers, and calls to family members have gone unanswered.

The Singh brothers came to America with their parents in 2002 from Punjab, India. Struggling to find work and master English, the family at one point slept in their car, recounts the family member.

“They worked very, very hard to reach the point they did. They worked warehouse jobs, hourly jobs,” the family member told CNN.

Older brother Amandeep was the one who decided driving a truck would give him autonomy, so he got his commercial truck driver’s license. After establishing himself, he bought a second truck and involved his younger brother Jasdeep. And in what is another example immigrants becoming part of the American dream, the pair then expanded, buying more trucks and opening up their own trucking and dispatch service in Merced.

Jesus Manuel Salgado, left, and Alberto Salgado were arrested in connection with the kidnapping and killing of a California family of four.

According to the family member, Jasleen came to the United States in 2019 and soon after married Jasdeep. Because she had a background in billing and accounting, she handled the books for the trucking business.

Early this year, Jasleen and Jasdeep became parents of Aroohi Dheri. The baby was part of a growing family that lived together – two grandparents, the two young children of older brother Amandeep, and his wife, now a young widow.