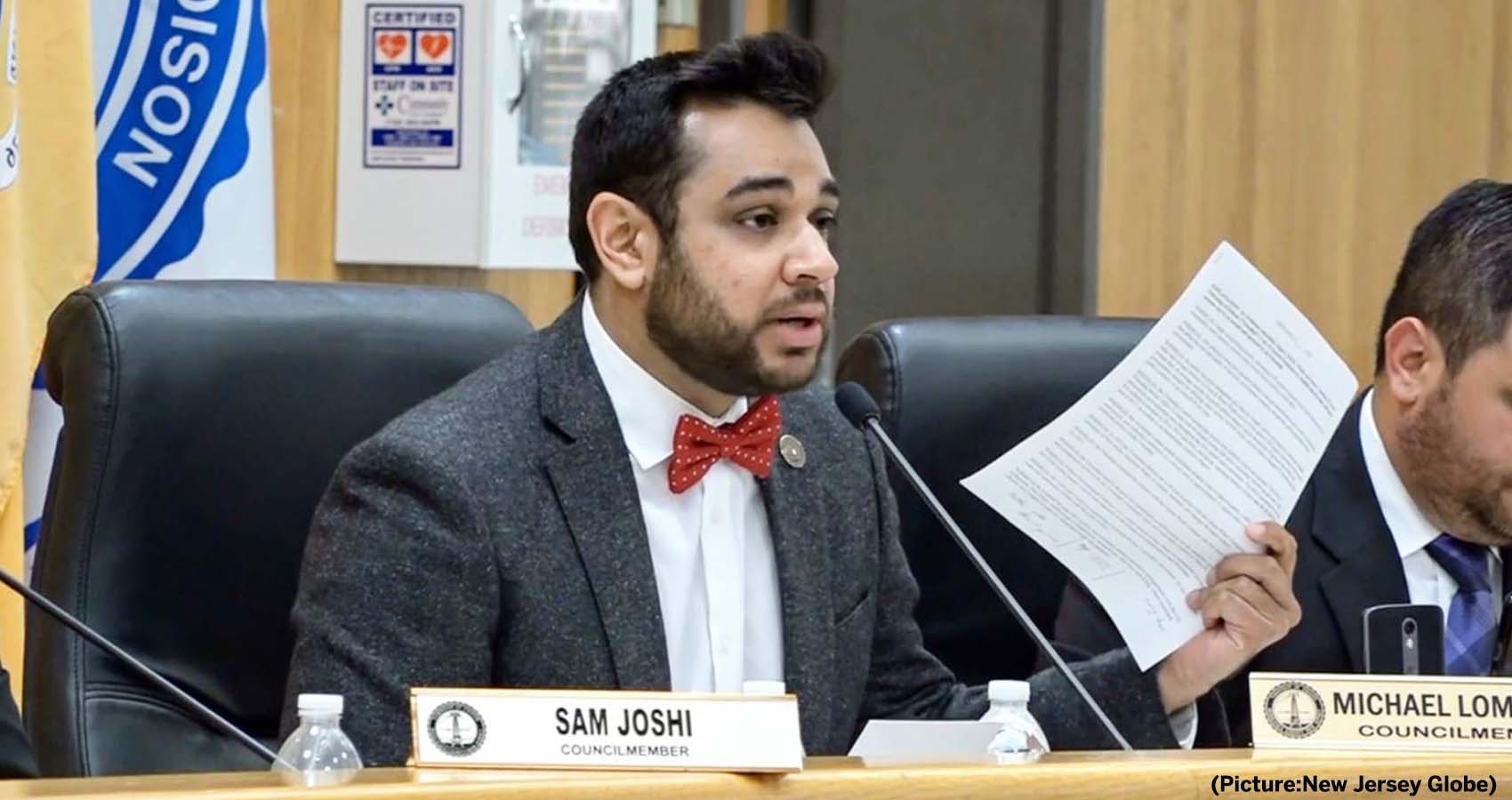 Aftab Pureval of Indian origin has been elected as the first ever person of Asian heritage to be elcted as the Mayor of Cincinnati, OH, while Sam Joshi becomes the first Indian-American to be Mayor of Edison, the 5th largest municipality in New Jersey, during the elections held on Nov. 2nd, 2021.

With 100% of precincts reporting, Joshi was well in front of Republican Keith Hahn and independent candidate Christo Makropoulos. 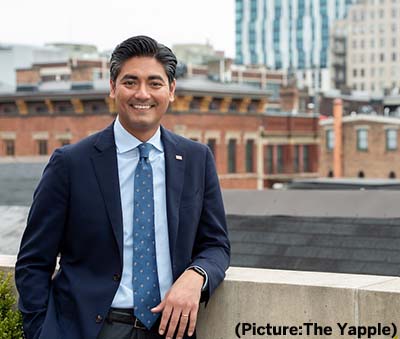 Joshi had 10,930 votes, while Hahn had 9,459 and Makropoulos, 301. The race was to replace Democratic Mayor Thomas Lankey whose term ends Dec. 31. Lankey did not seek reelection.

When sworn in on Jan. 1, Joshi, 32, will become the township’s youngest mayor and the first South Asian to hold the position. Previously Jun Choi, the township’s first Asian American mayor, was the youngest to serve in the post.

“I am honored and humbled to be elected as the next mayor of Edison Township,” Joshi said in a Facebook post.

Joshi has been serving as the Vice President of the Town Council, and during his campaign he promised to stabilize taxes, invest in infrastructure, and stop ‘overdevelopment’, launch municipal broadband, and celebrate Edison’s diversity fighting discrimination and hate crime.

Joshi’s popularity was evident n June this year, when during the primaries, he defeated another Indian-American aspirant Mahesh Bhagia by 63 percent of the votes to 34 percent, despite Bhagia being the municipal chair of the Democrats.

A ‘son of the soil’, Joshi was born and raised in Edison. Joshi was elected as an at-large Councilmember at 27 years old, making him the youngest elected official in Edison’s history.

Since joining the Edison Township Council in 2017, Joshi’s biography on his website says, he has worked to keep taxes low, helped women and minority owned businesses get on their feet, and promoted green energy throughout the township.

Among the many voluntary services he has been involved in, is as an Edison Police 9-1-1 Tele-communicator from 2010-2011, at the Central Command Office for all public safety calls, including police, fire, and EMS, providing first responders with additional information on each call.

At 39, Pureval will replace longtime mayor John Cranley, who is term-limited from running again this year.  Pureval defeated David Mann, who has an array of political experience — serving as Cincinnati’s mayor from 1980 to 1982, and again in 1991. He’s also served on Cincinnati City Council from 1974 until 1992, then elected in 2013 and reelected in 2017.

In his acceptance speech Tuesday, Pureval thanked Mann for his career in public service. “We also want to thank the voters of Cincinnati who tonight voted a mandate for a new day in our city,” Pureval said. “We spent the last year talking about our bold progressive vision for moving Cincinnati forward. Our comprehensive plans for public safety, affordable housing, the environment and economic recovery with racial equity at the center of the frame, and the voters of Cincinnati resoundingly supported that vision.”

The son of Indian and Tibetan immigrants, Pureval becomes the first Indian-American and Tibetan, in fact, the first Asian to be elected Mayor of the city. Currently, he is Hamilton County Clerk of Courts, a position not held by a Democrat for more than 100 years. “Words can’t express how honored and excited I am to be the next Mayor of Cincinnati. Tonight, we made history! Let’s get to work!” Pureval tweeted as the results became public.

Congratulations poured in including from the likes of former Secretary of State and presidential candidate Hillary Clinton and U.S. Sen. Sherrod, D-Ohio, who had supported Pureval. “Win or lose, fighting for what’s right is always worth it. Congratulations to @ericadamsfornyc, @wutrain,  @shontelmbrown, and @aftabpureval for historic wins …” Clinton tweeted.

Sen. Brown tweeted, “Congratulations to #canarycandidate @AftabPureval on your victory. He represents the future of Cincinnati and will fight for all workers and families in the Queen City.”

Born and raised in Ohio, Pureval is an attorney and former prosecutor. He has been awarded the NAACP Theodore Berry Award for Service and has been recognized by the Business Courier as one of their 40 under 40.

Pureval is seen as a rising star in the Democratic Party. In May 2018, he won the Democratic primary unopposed in his party’s bid to turn a Red seat Blue when he ran and lost in his race against incumbent Republican Rep. Steve Chabot. President Obama was among those who endorsed his candidacy then.

“We have a very clear vision for pushing Cincinnati forward as annunciated with our three comprehensive plans,” he said in an interview at the Board of Elections where he greeted early voters. “And we’re talking about substantive, innovative, creative ideas in order to accomplish that.” Pureval described his campaign as one that offers voters a fresh approach to what ails city government. “Our future is bold, it’s diverse, it’s dynamic.”