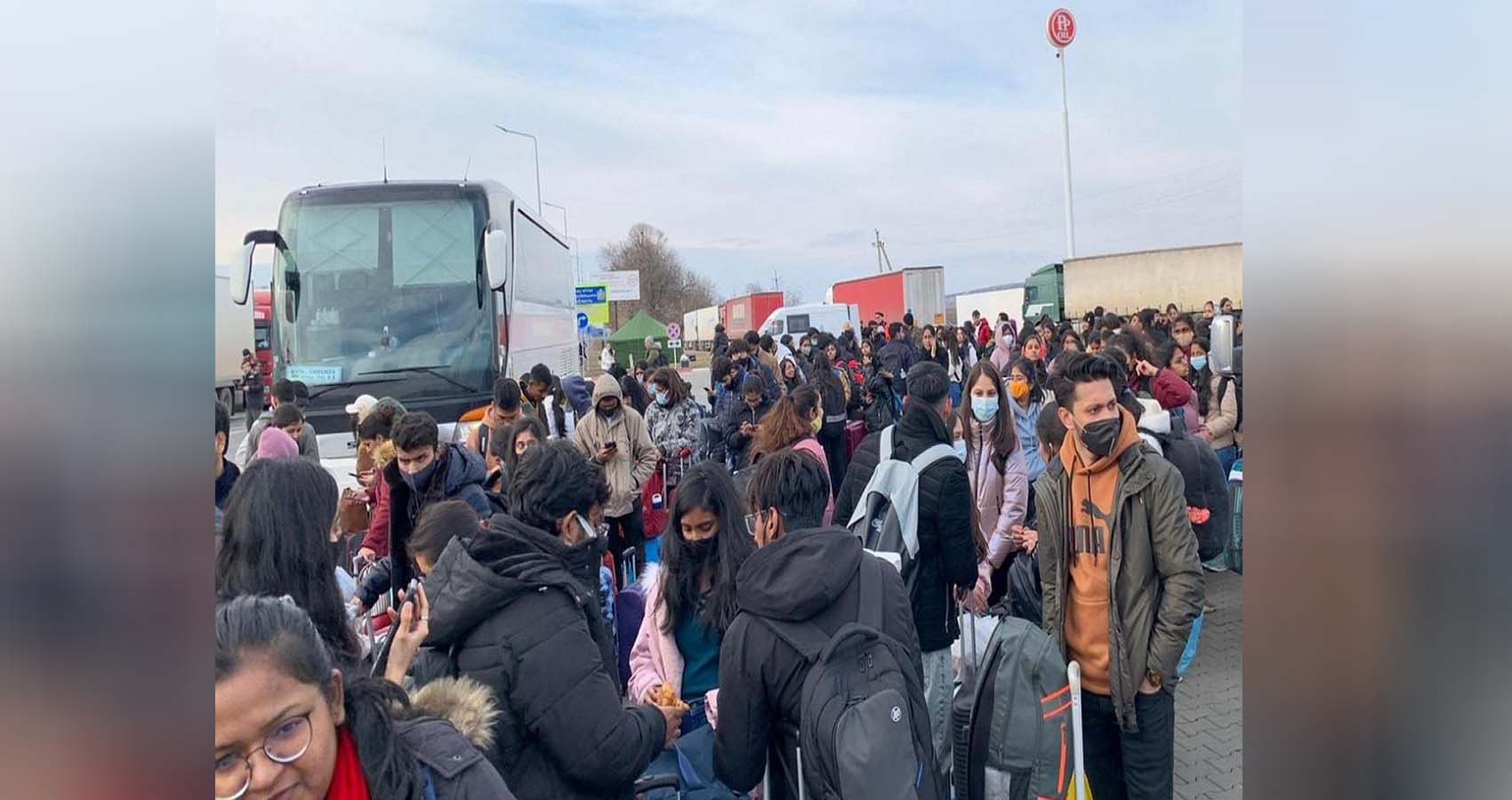 People with loved ones trapped inside the besieged city of Mariupol in Ukrainewere trying desperately to connect to phones inside the city, which has been virtually cut off from the outside world by an escalating and indiscriminate bombing campaign by Russian forces.

As the Putin sent forces invade and destroy Ukraine, there is a loud and growing chorus of calls for the International Criminal Court to pursue Vladimir Putin. On March 2, the court said it would immediately proceed with an active investigation of possible war crimes following Russia’s invasion of Ukraine.

Russia’s suspected use of cluster bombs and so-called vacuum bombs in dense areas with many civilians has also been described as a war crime. Mariupol, a city of about 400,000, is a key strategic target for Russia because seizing it would allow Russian-backed rebels in eastern Ukraine to join forces with troops in Crimea, the southern peninsula annexed by Russia in 2014. 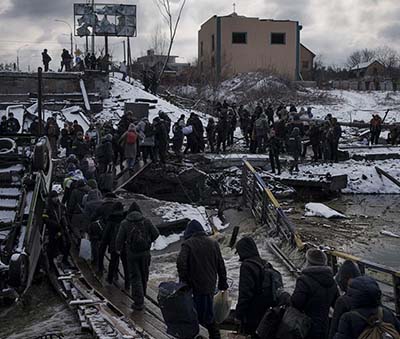 The city has now been subjected to nine days of heavy bombardment by Russian forces, destroying apartment buildings and flattening residential areas. Footage verified by the BBC showed shelling on Thursday, confirming a statement by the city council that the bombardment was ongoing.

Dmytro Kuleba, Ukraine’s foreign minister, said that the situation in Mariupol was the most difficult in the country. Municipal authorities have finally been able to begin collecting and burying bodies which had been in the streets, the deputy mayor Serhiy Orlov told the BBC on Thursday. City officials estimated 1,300 civilians had been killed so far, Mr Orlov said.

“There is no possibility of private graves, because of the high numbers and because of the continuous shelling. They are being put into mass graves,” he said. Ms Berg said the news of the mass graves had spread through the Telegram chat groups people are using to monitor the situation inside the city. “We have no news from our friends, all we know is they could be buried in those mass graves,” she said.

Numerous planned evacuation attempts for Mariupol residents have collapsed over the past five days after Russian forces have resumed shelling the city, despite ceasefire agreements. Mr Orlov said city officials were ready at any moment to put evacuation plans into place but no agreement could be reached with Russia on establishing a humanitarian corridor. There are growing fears now of a serious humanitarian crisis inside Mariupol, following widespread reports that people were trying to take water from snow and had no access to food or medicines.

Russia claimed on Thursday that the maternity ward destroyed in the attack had been taken over by Ukrainian troops long before it was hit, but images from the scene captured by the Associated Press news agency showed medical staff outside after the blast and a pregnant woman being carried out of the building in a stretcher. “Thank god most of the people there were in the bomb shelter already,” Mr Orlov, the deputy mayor said. “Otherwise it would have been much worse.”

Ukrainian President Volodymyr Zelensky called the strike an “atrocity” and reiterated his call for world powers to enforce a no-fly zone over Ukraine – a request that has so far been denied. The foreign minister, Mr Kuleba said on Thursday that his Russian counterpart Sergey Lavrov had told Ukrainian officials Russia would continue its aggression until Ukraine met all its demands, including surrender.

The US Ambassador to the UN, Linda Thomas-Greenfield, told the UN General Assembly on March 2 that Russia was preparing to use these weapons.  The US is concerned Putin and the Russian military will become more brutal since the invasion is not going as smoothly as they had planned.

“One thing is certain, that intentionally directing shelling or targeting civilians or civilian objects is a crime within the jurisdiction of the court,” the ICC’s chief prosecutor, Karim Khan, told CNN’s Christiane Amanpour on March 3. “And even if there’s military necessity, there’s a clear obligation upon parties to a conflict to not use disproportionate force, to make sure the ordnance used and the weapons don’t have a very wide footprint in heavy civilian areas,” said Khan.

“Whether it’s cluster bombs or thermobaric weapons, commanders in the battlefield need to use great discretion and with great diligence decide how they wish to wage conflict now that it started,” Khan told the media. “And the law is here and the court is watching, and we have experts that will try to get to the bottom of it,” he said.

“I want to be very clear about this, that Mr. Putin is a war criminal,” former Ukrainian Prime Minister Arseniy Yatsenyuk told the Council on Foreign Relations recently. “He has to sit behind the bars in International Criminal Court.”