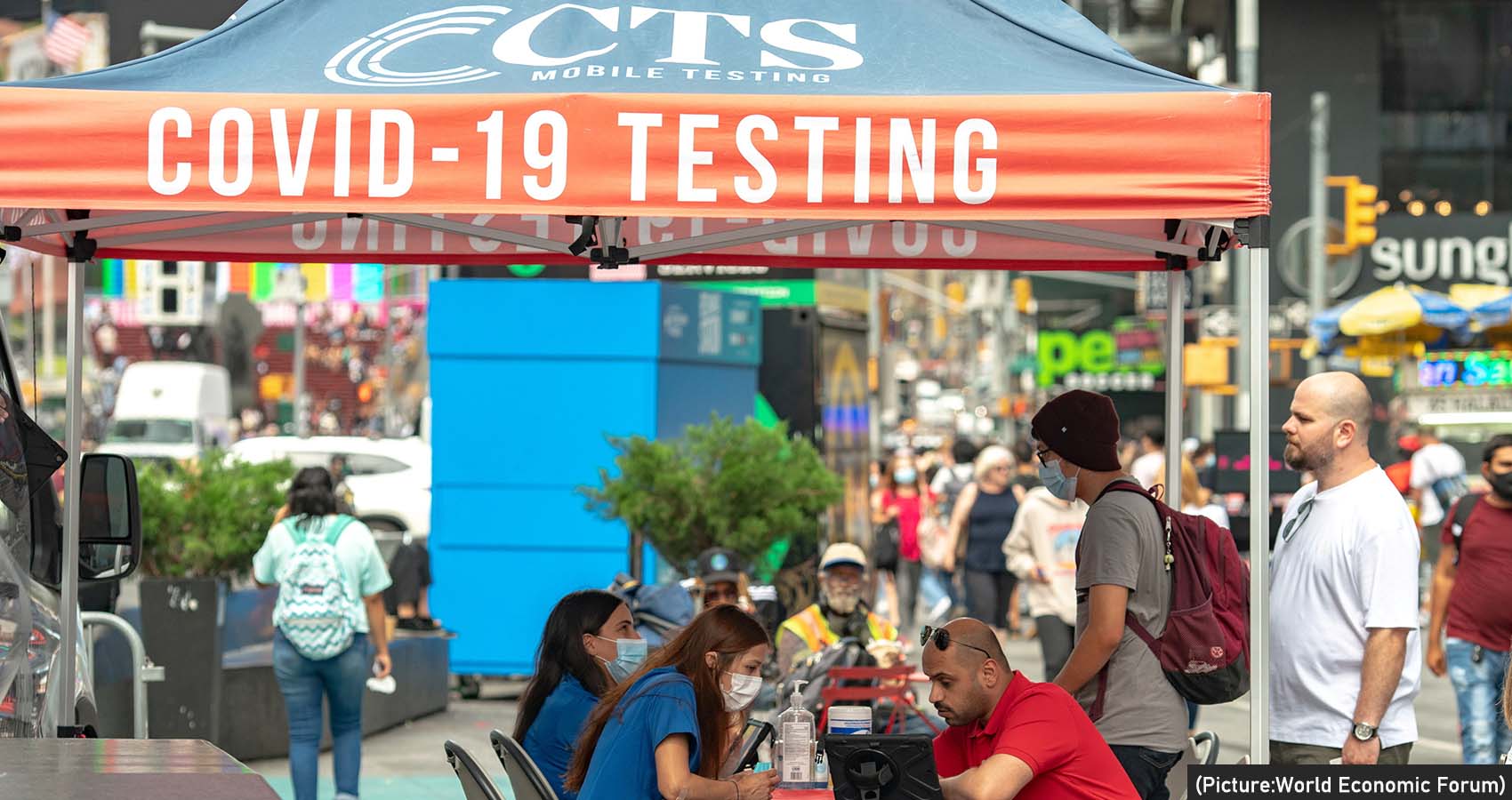 Newswise — Two years after the World Health Organization declared COVID-19 a global pandemic, inflation, money issues and the war in Ukraine have pushed U.S. stress to alarming levels, according to polls conducted for the American Psychological Association.

A late-breaking poll, fielded March 1–3 by The Harris Poll on behalf of APA, revealed striking findings, with more adults rating inflation and issues related to the invasion of Ukraine as stressors than any other issue asked about in the 15-year history of the Stress in AmericaTM poll. This comes on top of money stress at the highest recorded level since 2015, according to a broader Stress in America poll fielded last month.

Top sources of stress were the rise in prices of everyday items due to inflation (e.g., gas prices, energy bills, grocery costs, etc.) (cited by 87%), followed by supply chain issues (81%), global uncertainty (81%), Russia’s invasion of Ukraine (80%) and potential retaliation from Russia (e.g., in the form of cyberattacks or nuclear threats) (80%).

These stressors are coming at a time when the nation is still struggling to deal with the prolonged pandemic and its effects on our daily lives, with close to two-thirds of adults (63%) saying their life has been forever changed by the COVID-19 pandemic. While a majority (51%) reported this change as neither positive nor negative — simply different — the long-lasting implications of the pandemic are clear. The survey also revealed continued hardships for vulnerable populations, concerns for children’s development among parents and entrenched, unhealthy coping habits.

“The number of people who say they’re significantly stressed about these most recent events is stunning relative to what we’ve seen since we began the survey in 2007,” said Arthur C. Evans Jr., PhD, APA’s chief executive officer. “Americans have been doing their best to persevere over these past two tumultuous years, but these data suggest that we’re now reaching unprecedented levels of stress that will challenge our ability to cope.”

A year ago, APA’s first pandemic anniversary survey found COVID-19-related stress was associated with unhealthy weight changes and increased drinking. The most recent survey confirmed that these unhealthy behaviors have persisted, suggesting that coping mechanisms have become entrenched — and that mental and physical health may be on a continuing decline for many as a result. Close to half of adults (47%) said they have been less active than they wanted to be since the pandemic started, and close to three in five (58%) reported experiencing undesired weight changes.

Adults also reported separation and conflict as causes for straining and/or ending of relationships. Half of adults (51%, particularly essential workers at 61%) said they have loved ones they have not been able to see in person in the past two years as a result of the COVID-19 pandemic. Strikingly, more than half of all U.S. adults (58%) reported experiencing a relationship strain or end as a result of conflicts related to the COVID-19 pandemic, including canceling events or gatherings due to COVID-19 concerns (29%); difference of opinion over some aspect of vaccines (25%); different views of the pandemic overall (25%); and difference of opinion over mask-wearing (24%).

Strained social relationships and reduced social support during the pandemic make coping with stress more difficult. In fact, more than half of respondents (56%) said that they could have used more emotional support than they received since the pandemic started. “We know from decades of research that healthy and supportive relationships are key to promoting resilience and building people’s mental wellness,” said Evans. “Particularly during periods of prolonged stress, it’s important that we facilitate opportunities for social connection and support.” 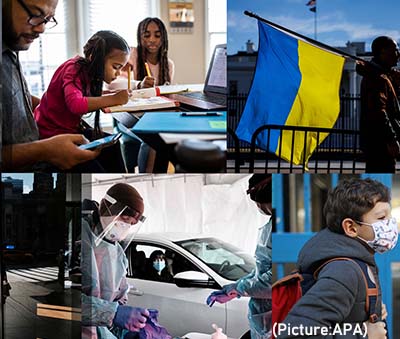 “Living through historic threats like these often has a lasting, traumatic impact on generations,” said Evans. “As a society, it’s important that we ensure access to evidence-based treatments and that we provide help to everyone who needs it. This means not only connecting those in distress with effective and efficient clinical care, but also mitigating risk for those more likely to experience challenges and engaging in prevention for those who are relatively healthy.”

More information on the findings and how to handle stress and trauma related to Ukraine is available at www.stressinamerica.org. APA psychologists are available for media interviews to discuss these findings and provide science-based recommendations on how to address this mental health crisis.

The 2022 Pandemic Anniversary Survey was conducted online within the United States by The Harris Poll on behalf of the American Psychological Association between Feb. 7–14, 2022, among 3,012 adults age 18+ who reside in the U.S. Interviews were conducted in English and Spanish. Data were weighted to reflect proportions in the population based on the 2021 Current Population Survey (CPS) by the U.S. Census Bureau.

Weighting variables included age by gender, race/ethnicity, education, region, household income, and time spent online. Latino adults were also weighted for acculturation, taking into account respondents’ household language as well as their ability to read and speak in English and Spanish. Country of origin (U.S./non-U.S.) was also included for Latino and Asian subgroups.

Weighting variables for Gen Z adults (ages 18 to 25) included education, age by gender, race/ethnicity, region, household income, and size of household, based on the 2021 CPS. Propensity score weighting was used to adjust for respondents’ propensity to be online. Respondents for this survey were selected from among those who have agreed to participate in Harris’ surveys. The sampling precision of Harris online polls is measured by using a Bayesian credible interval. For this study, the sample data is accurate to within + 2.9 percentage points using a 95% confidence level.

This credible interval will be wider among subsets of the surveyed population of interest. All sample surveys and polls, whether or not they use probability sampling, are subject to other multiple sources of error, which are most often not possible to quantify or estimate, including but not limited to coverage error, error associated with nonresponse, error associated with question wording and response options, and post-survey weighting and adjustments.

The March late-breaking survey was conducted online within the United States between March 1–3, 2022, among 2,051 adults (age 18 and over) by The Harris Poll on behalf of the American Psychological Association via its Harris On Demand omnibus product. Data were weighted where necessary by age, gender, race/ethnicity, region, education, marital status, household size, household income, and propensity to be online, to bring them in line with their actual proportions in the population. The sampling precision of Harris online polls is measured by using a Bayesian credible interval. For this study, the sample data is accurate to within + 2.8 percentage points using a 95% confidence level.