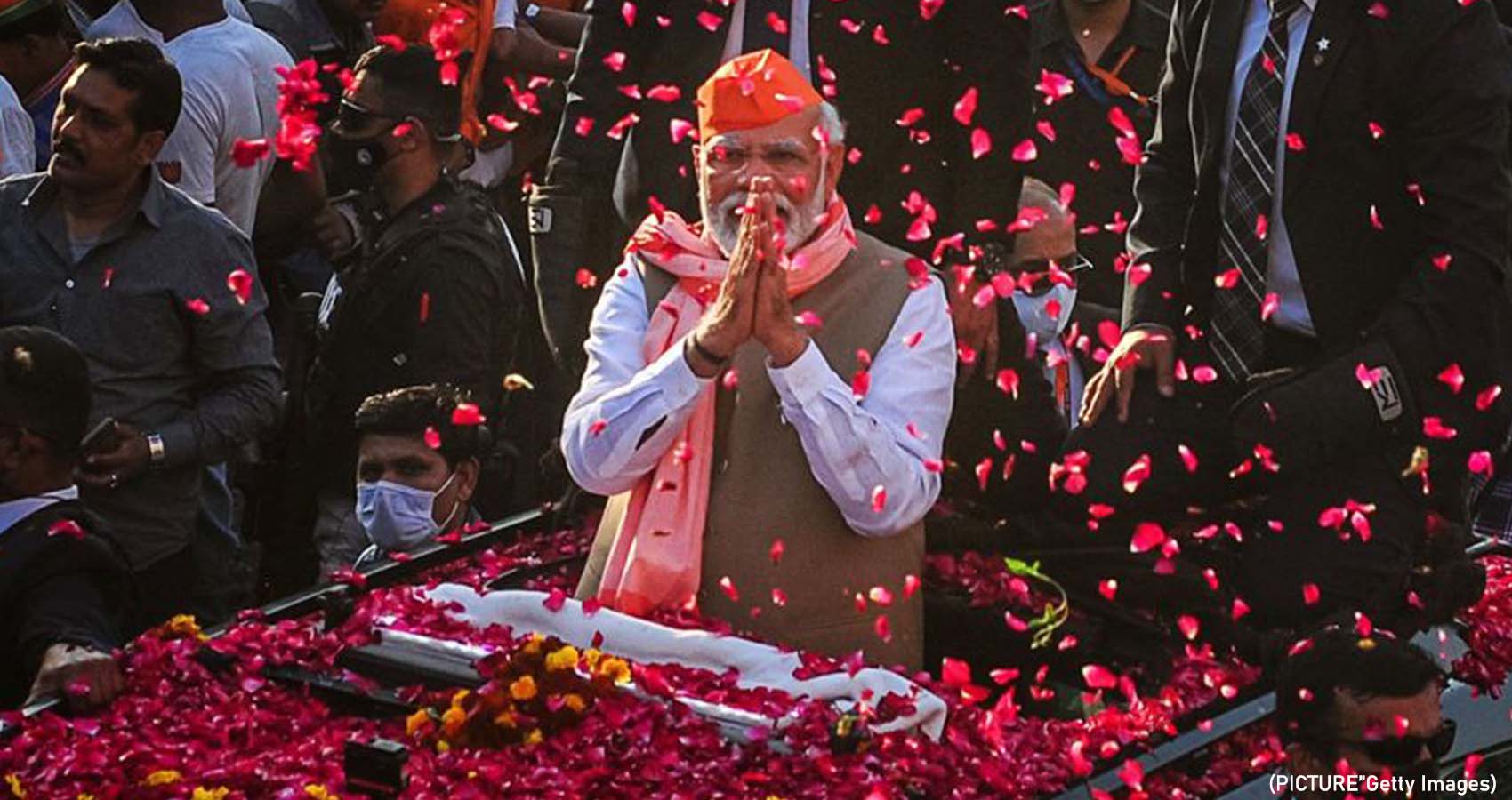 In the battleground state of Uttar Pradesh, the BJP won 275 seats, winning a clear majority of the 403 seats that went to the polls, according to the Election Commission of India. The northern state is the country’s most populous and is considered a political bellwether. It sends more legislators to Parliament than any other state and was key to Modi’s victories in previous national elections. The party also swept back into power in the states of Goa, Manipur and Uttarakhand. These results make Modi’s BJP the favorite to win the next national election, in 2024.

With its historic victory in Uttar Pradesh, the BJP showed its popular support overcame criticism of its stewardship of the economy, which has stalled amid soaring unemployment and inflation, and of its response to the coronavirus pandemic, which devastated the state. “Today is a day of celebration for Indian democracy,” Modi said. “The results vindicate the BJP’s pro-poor and proactive governance.”

The results from Uttar Pradesh indicate a “triumph” for the BJP, said Nalin Mehta, author of “The New BJP,” a recent book on the party and Modi. The party’s model of welfare — direct benefits transfers and provisions of free food grains to people during the pandemic — helped it “overcome the stresses of anti-incumbency and deep economic deprivation along with an unapologetic positioning of Hindu-ness,” Mehta said. “The broad social coalition across caste and class that powered BJP’s victories since 2014 has not only remained intact, but deepened its roots.”

In the agrarian state of Punjab in northern India, a regional party known as the Aam Aadmi (Common Man) Party, or AAP, won handsomely over the incumbent Indian National Congress. With its victory in Punjab, the AAP, which controls the Delhi capital region, became the first regional party in decades to capture power in more than one state.

The AAP’s growing reach — and the dismal performance of the Congress party — casts doubt on the future of one of India’s most storied political parties and throws into question the Congress party’s status as the BJP’s main opponent at the national level. Raghav Chadha, a leader of the AAP, told New Delhi Television that his party will be the “national and natural replacement” of the Congress party.

But the BJP’s win in Uttar Pradesh, experts say, again reinforces the dominance of the 71-year-old Modi in the country of more than 1.3 billion people for the foreseeable future. Modi in recent years has grown a long white beard, a move seen as an attempt to cast himself as a sage-like figure towering over the country’s contemporary political life.

Politics in Uttar Pradesh has long been dominated by parties catering to various castes. Under Modi, the BJP successfully brought under its umbrella voters from different castes who identify as Hindu first. 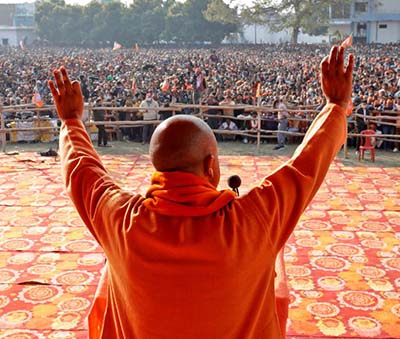 The results also indicate the emphasis on welfare politics in the country. While BJP’s victory in the states can be attributed to the welfare schemes and its effective delivery system, cutting across caste and religious lines, Kejriwal’s politics are appreciated by voters because of its focus on the welfare aspects.

The AAP’s emergence in Punjab with a splendid performance is going to create ripples that could lead to realignments at the national level too. Political observers who watch AAP closely see this performance as an endorsement of Kejriwal as a prospective national leader against Prime Minister Narendra Modi.

A little over eight years after it emerged as a formidable force in Delhi by unseating the Congress and leaving the BJP diminished, the Arvind Kejriwal-led Aam Aadmi Party (AAP) is cruising to victory in Punjab by steamrolling the traditional players, heralding a tectonic shift in Indian politics.

The latest victory is likely to help the BJP forge ahead with its controversial agenda, including implementing a citizenship law that excluded Muslims from its ambit and had been pushed to the back burner after nationwide protests. Indian right-wing hard-liners also could push for their long-standing demands, such as a national civil code, which would override religious laws on matters including marriage and inheritance.

The bitterly fought state elections, particularly in Uttar Pradesh, have been held in staggered phases over more than a month. They were billed as a battle for India’s future, in which voter preferences would either burnish the BJP’s Hindu nationalist agenda or challenge what critics call the country’s tilt toward illiberal democracy.

A recent report by the Swedish V-Dem Institute, which maps the state of democracies in the world, said India was among the top 10 countries sliding into authoritarianism, a group that V-Dem says includes Brazil and Hungary. The U.S.-based nonprofit Freedom House, which assesses political rights and civil liberties globally, listed India as “partly free” for a second consecutive year in 2022, noting its decline in civil liberties.

As the incumbent party going into the crucial Uttar Pradesh elections, the BJP faced a patchy governance record. Last year, the state was one of the worst-hit when the ferocious delta wave of the coronavirus pandemic swept the country and overwhelmed the health infrastructure. Corpses floated in the sacred Ganges river and were buried on sandbanks, revealing an enormous toll not always reflected in official figures, experts said.

For the Congress Party, its footprint shrunk to just two states, Rajasthan and Chhattisgarh, from the nine it had when Narendra Modi took charge in 2014. Congress president Sonia Gandhi signaled that the meeting of the party’s Working Committee will be called soon to discuss the way ahead but several leaders media spoke to were groping in the dark. Some younger leaders, referring to the landslide AAP victory in Punjab, did argue that the “old and jaded” need to make way for fresh blood.