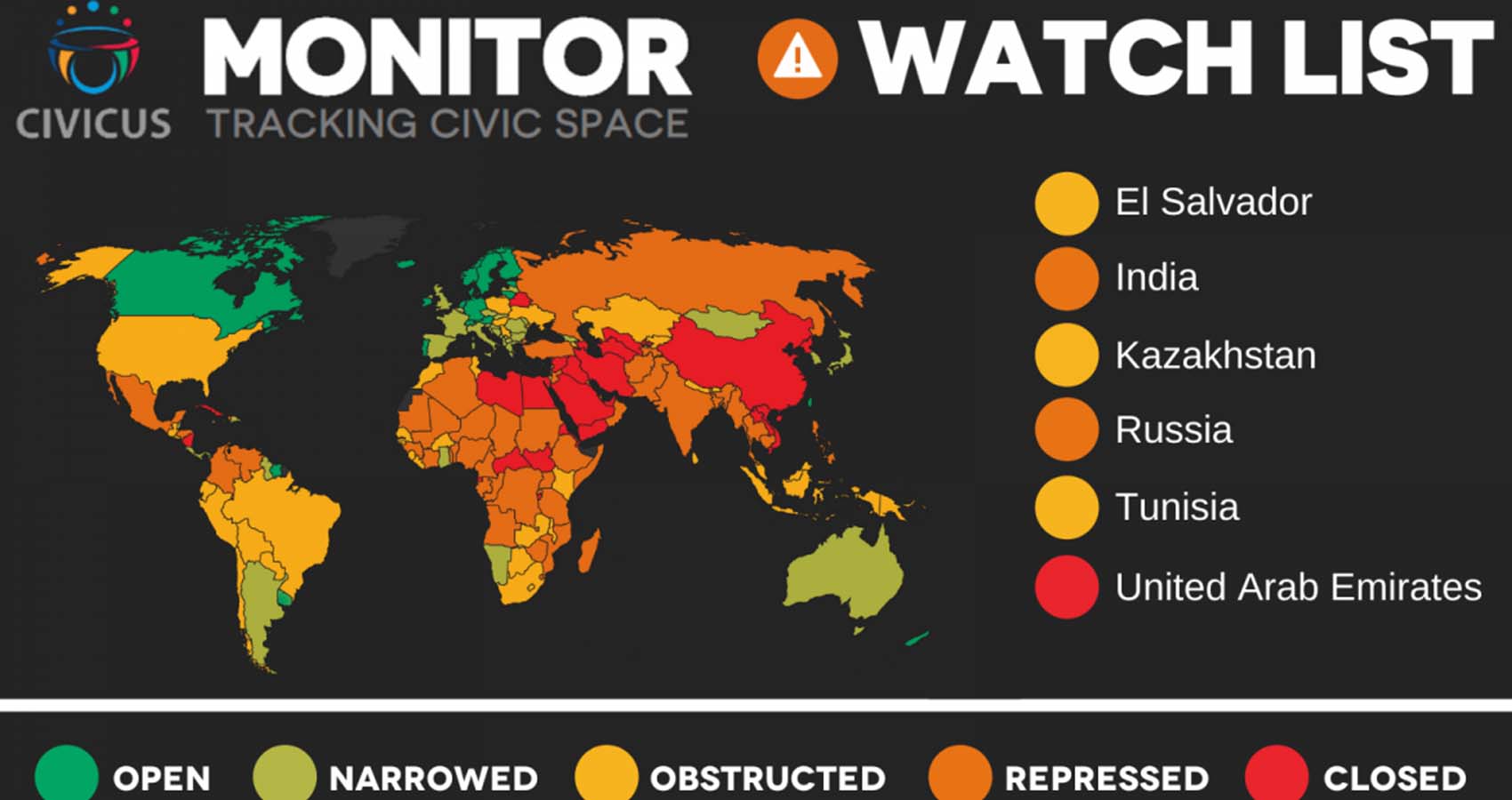 India has been added to a watchlist of countries that have seen a rapid decline in civic freedoms.Prime Minister Narendra Modi continues to resort to drastic measures to silence critics of his nationalist Bharatiya Janata Party (BJP), according to the CIVICUS Monitor.

“Authorities used politically motivated allegations of fraud and financial irregularities to target the civil society organization, which has been an outspoken critic of the government,” said Josef Benedict, civic space researcher for the CIVICUS Monitor.

The raid came on the heels of over 6,000 other civil society organizations including Oxfam losing their licenses under the controversial Foreign Contribution (Regulation) Act. The government has used the law to ban organizations from receiving foreign funds. 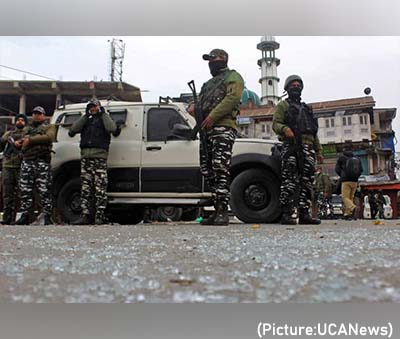 Since coming to power in 2014, Modi has sought to squeeze charities and non-profit groups that receive foreign funds. Greenpeace and Amnesty International are among the civil society groups that have had to close their offices in India.

“The use of broadly worded anti-terrorism laws against activists, journalists, academics and students reflects a multi-year decline in the state of civic and democratic freedoms in the country”

Scores of human rights defenders and activists remain in detention under the draconian Unlawful Activities (Prevention) Act (UAPA) and other laws. They include the 15 human rights defenders linked to the 2018 Bhima Koregaon incident who have been accused of having links with Maoist organizations, based on evidence believed to be fabricated.

At least 13 activists arrested under the UAPA for their advocacy work against the discriminatory Citizenship (Amendment) Act 2019 remain in detention. The slow investigative processes and extremely stringent bail provisions ensure that those detained under the law are held in pre-trial detention for long periods.

“The office raids and foreign funding bans are part of the government’s strategy to harass and silence their critics,” said Benedict.

“The use of broadly worded anti-terrorism laws against activists, journalists, academics and students reflects a multi-year decline in the state of civic and democratic freedoms in the country.”

Journalists have continued to be targeted in India for their work and there have been concerns about the widespread surveillance of activists, journalists and others critical of the Modi government following the Pegasus spyware expose.

“The government must release all human rights defenders detained and come clean about its surveillance of activists and journalists as well as establish an independent and effective oversight mechanism to monitor all stages of interceptions of communications,” said Henri Tiphagne, national working secretary of Human Rights Defenders’ Alert (HRDA) India.

In recent months, the government has arrested human rights defender Khurram Parvez as well as journalists and taken control of the Kashmir Press Club, the largest independent media body in Kashmir

CIVICUS also cites persecution and harassment in Indian-administered Jammu and Kashmir. Since August 2019, when the government revoked the constitutional autonomy of the country’s only Muslim-majority state and split Jammu and Kashmir into two federally governed territories, hundreds have been detained and restrictions placed on internet access.

In recent months, the government has arrested human rights defender Khurram Parvez as well as journalists and taken control of the Kashmir Press Club, the largest independent media body in Kashmir.

India is currently rated “repressed” by the CIVICUS Monitor along with 48 other countries including Afghanistan, Bangladesh, Brunei, Cambodia, Hong Kong, Myanmar, Pakistan, the Philippines, Singapore and Thailand.

Other countries added to the watchlist with India are El Salvador, Kazakhstan, Tunisia, Russia and the United Arab Emirates.

CIVICUS is a global alliance of over 10,000 civil society organizations and activists dedicated to strengthening citizen action and civil society throughout the world.

The CIVICUS Monitor is an online platform that tracks the latest developments to civic freedoms, including the freedoms of expression, association and peaceful assembly, across 197 countries and territories.