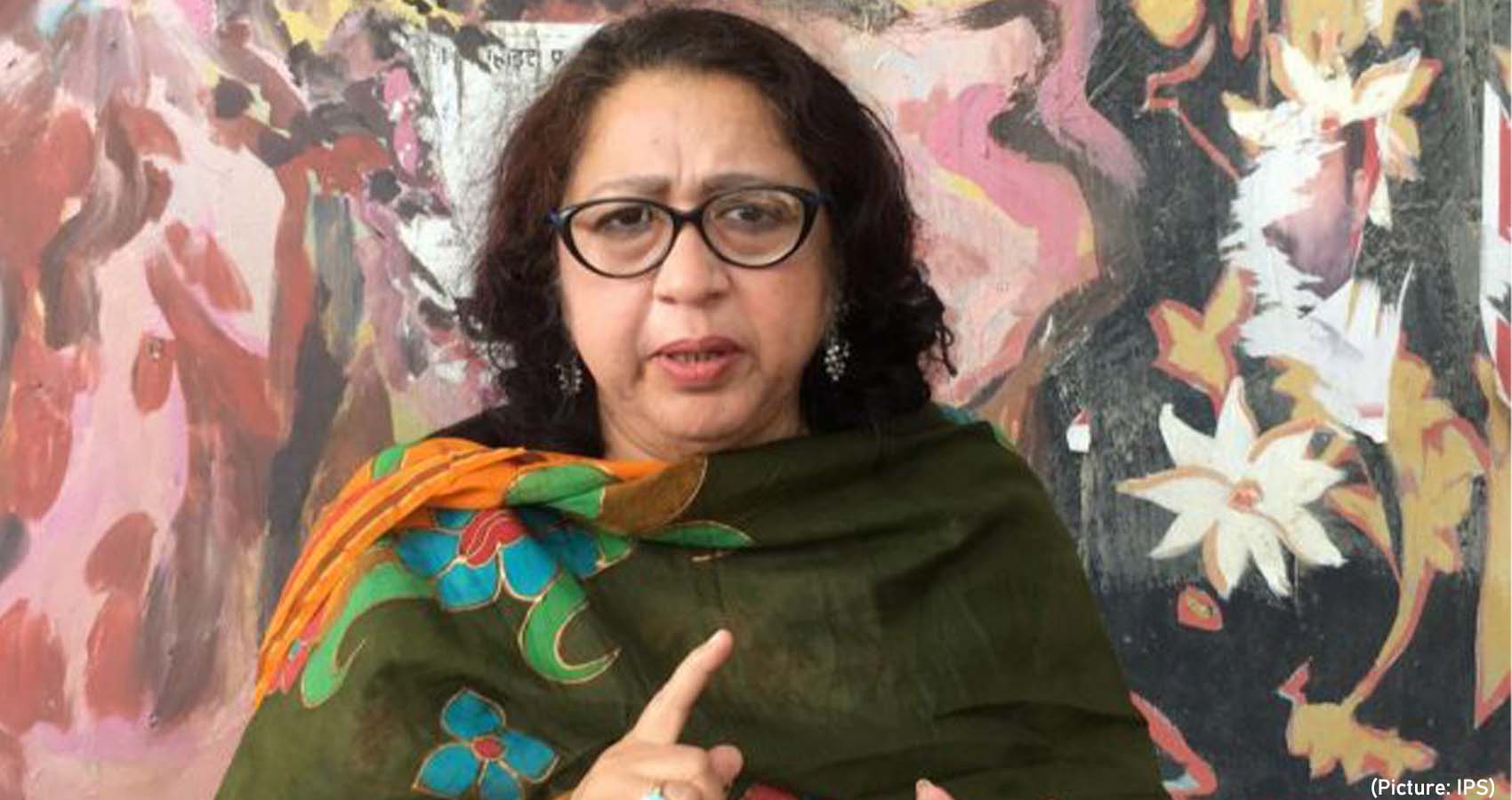 More and more women from different walks of life and corners of the world are raising their voices against the treatment of minorities in India today.

“Unity and the safety of citizens is the first and foremost condition of a country’s security,” Roop Rekha Varma, former vice-chancellor of Lucknow University (LU), told IPS.

With Ramesh Dixit, a former professor LU, Varma walked into a local police station to file a police report against hate speech against those who have threatened to kill Muslims in India. 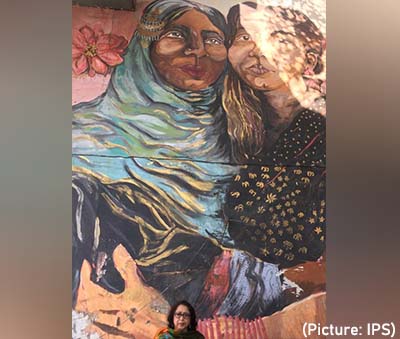 In a recent case, provocative speeches allegedly calling for a genocide of Muslims were made at a December 2021 conclave held in the Himalayan town of Haridwar.

“If 100 of us become soldiers and are prepared to kill two million (Muslims), then we will win … protect India, and make it a Hindu nation,” said Pooja Shakun Pandey, a senior member of the right-wing Hindu Mahasabha political party in a video recording of the event.

Varma is shocked at rising incidents of unprovoked targeting of Muslims, including Muslim women, in recent times.

“Muslim women in India are being barred from entering college for wearing the hijab. This is a country where the Prime Minister rode to power promising equal rights for women. Clearly, not everyone is equal. If this is not apartheid, please tell what is,” Viswanath says. She referred to the controversy that erupted in January when a government-run college in the Udupi district of Karnataka state barred girls from attending lectures for wearing headscarves. The matter is now under judicial review.

Along with 16 other civil society organizations in the US, Viswanath organized two Congressional briefings on India’s treatment of Muslims.

“We are US citizens of Indian origin, and we have the power to influence and to move US lawmakers and the Biden Administrations to speak out,” says Viswanath on social media. She feels that the world needs to understand that something is wrong in India, that India is on a perilous path.

“India’s tryst with hate is on overdrive. The only way we can fight systematic hate is to stand by India’s tried and tested secular fabric,” Saumya Bajaj told IPS on the phone. Bajaj is associated with Gurgaon Nagrik Ekta Manch (GNEM), a Delhi-based group for unity among citizens.

“Terrorizing Muslims and Christians on a daily basis seems to be the new norm. We, as citizens, can no longer afford to remain silent spectators to this macabre celebration of hate engulfing us?” reads a circular, inviting citizens to say no to hate mongers.

GNEM demands that the police investigate all violence cases against fellow citizens, including online abuse. Nayantara Sahgal, 94, an award-winning Indian, says she does not recognize the new India.

“Today, that India is disappearing. My country is unrecognizable. It seems like a foreign country full of hatred and exclusion. There is a deep slide in democracy. It is utterly despairing. Yet we cannot be silent. A writer has to speak loud and clear,” the former vice president of PEN International said in a recent interview.

Booker Prize-winning author and essayist Arundhati Roy fears that Hindu nationalism could break India into little pieces like Yugoslavia and Russia. The hope is that ultimately the Indian people will resist what she calls the fascism of the ruling party.

Sahgal is pinning her hopes on the elections in five Indian states, including Uttar Pradesh (UP), until March 7.

In UP, interfaith marriages have been restricted in recent times. Muslim men married to Hindu women have been harassed by vigilante mobs and often arrested by the police. Many online attempts to humiliate and terrorize Muslim women continue.

Sahgal is the daughter of Vijay Laxmi Pandit, sister of Jawaharlal Nehru, first prime minister of independent India. She is also the widow of the late bureaucrat Edward Nirmal Mangat Rai, an Indian Christian. Today she is concerned about the safety of her Christian relatives and Muslim friends as incidents of majoritarian hate against minorities peak.

Sabika Naqvi, community and advocacy head at The Fearless Collective, says that vocal and assertive Muslim women have woken up in India to find their names on Auctioning apps – from Sulli Deals over the last two years to Bulli Bai. The call to rape and kill Muslim women is routine, and efforts to dehumanize Muslim women is on the rise, she says.

“They fear our ability to write, to speak, to journal, to dream, articulate, assert, organize, and fiercely fight the oppressors. They either sexualize us, try to act as our messiahs or plot to kill. But we are here to conquer the world. We are lawyers, poets, journalists, actors, activists, entrepreneurs, scholars and much more,” says Naqvi, adding that this is not just a ‘prank’ or mere ‘bullying’ but harassment that Muslim women face every day.

The Fearless Collective is a movement that helps citizens move from fear to love through the creation of participatory art in public space.

Naqvi feels that the time has come to speak up and ensure that solidarity voices are louder than those who support hatred.