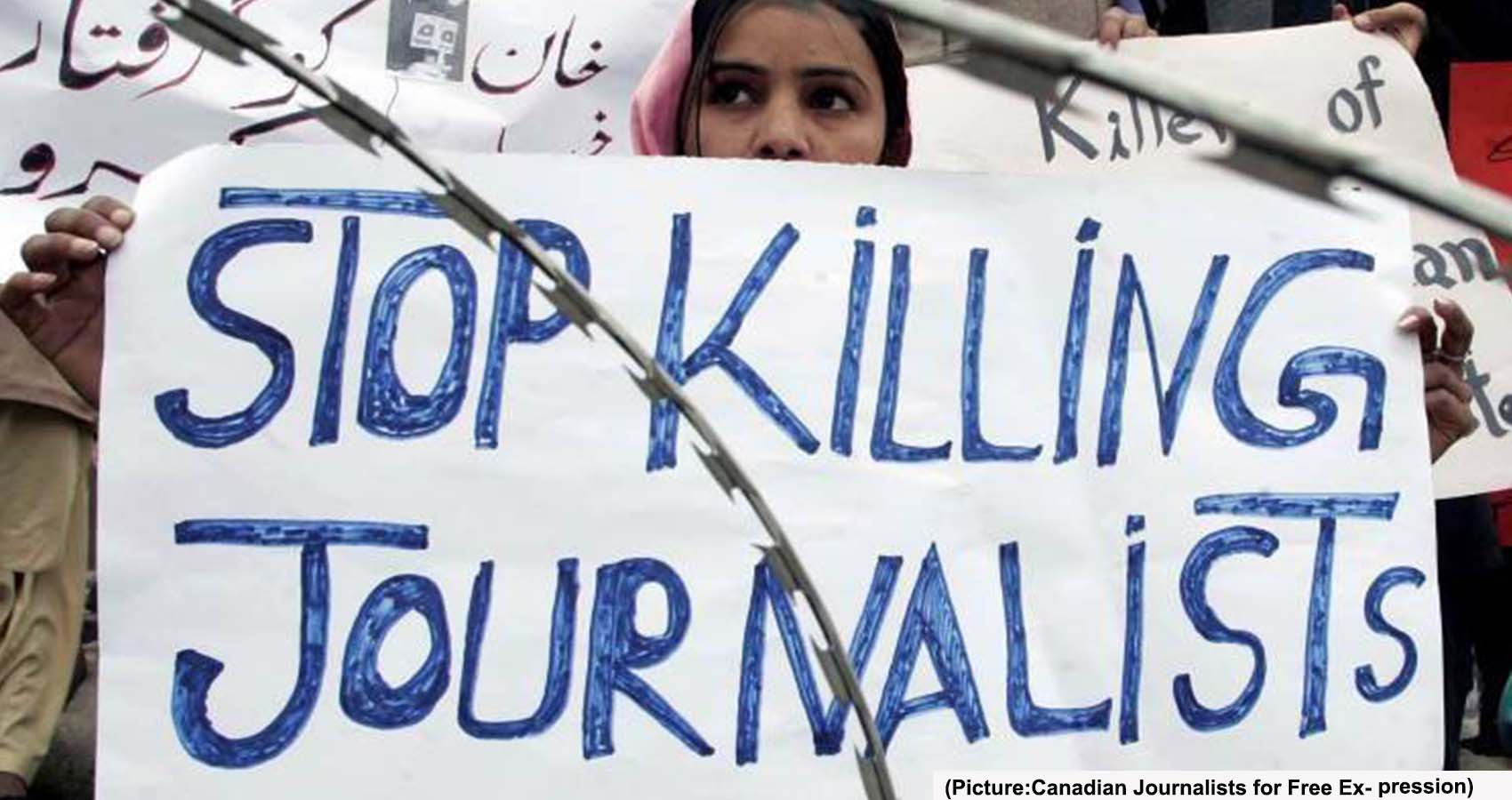 Press and Media are the Fourth Pillar of Democracy. The term Fourth Estate or fourth power refers to the press and news media both in explicit capacity of advocacy and implicit ability to frame political issues. Though it is not formally recognized as a part of a political system, it wields significant indirect social influence.

Free press gives voice to people’s concerns and expectations and ensures accountability on the rules. Therefore, the freedom of the Media is a vital yardstick to measure the degree of democracy practically available to the citizens of a country. Unfortunately, while in the United States and the Western countries, freedom of press is a matter of fact, the same cannot be said about many countries in Asia and Africa where the authorities regularly gag press freedom. Pakistan is one of those countries, which calls itself a democracy, but its record of press freedom can put dictatorships to shame.

For the past few years, Pakistan’s rank in the global freedom of press index has constantly declined, owing to growing cases of abduction and assault on journalists. At least ten journalists were murdered, and several others threatened, kidnapped, tortured, and arrested in Pakistan on trumped-up charges while discharging their professional responsibilities in 2020 alone, according to the Council of Pakistan Newspaper Editors (CPNE) Media Freedom Report 2020. 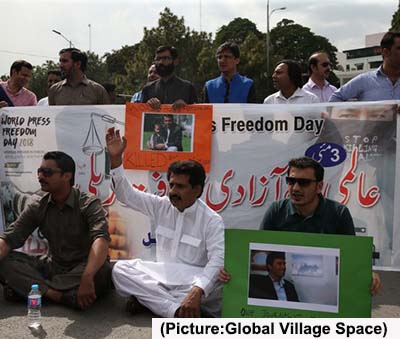 Senior journalist and former chairman of Pakistan Electronic Media Authority (PEMRA), Absar Alam was shot near his home in April 2021 but survived. Absar Alam has been critical of the country’s powerful military establishment. In a video message soon after the shooting, Alam said he had been hit in the ribs by a bullet and that he did not know the gunman. “I will not lose hope, and I am not going to be deterred by such acts,” Mr. Alam said in the video as he was being transported to a nearby hospital. “This is my message to the people who got me shot.”

In May 2021, three unidentified men beat, bound, and gagged Asad Ali Toor inside his apartment in Islamabad. Toor worked as a producer for the privately-owned broadcaster Aaj TV and hosted a YouTube current affairs channel with about 25,000 subscribers. CCTV footage showed Toor struggling to walk in his apartment building’s lobby as passersby helped remove the bindings. The journalist said that his arms were bloodied and bruised in the attack, and he required stitches on his elbow.

A few days later, Hamid Mir, the popular host of political talk show ‘Capital Talk’ of Geo News channel, delivered a fiery speech at a protest staged by scribes against an attack by three “unknown” persons on journalist and YouTuber Asad Ali Toor in Islamabad on May 28, 2021. The Geo News Channel subsequently suspended the show “Capital Talk,” which was hosted by Hamid Mir.

Nazim Sajawal Jokhiyo, an amateur video reporter, was found dead with his body covered with the marks of blows and torture on November 3 in Malir, a district in Karachi’s eastern suburbs. Jokhiyo made the video intending to draw attention to the hunting of the Asian houbara bustard, a threatened species. Hunting this bustard is officially banned in Pakistan, but wealthy guests from Gulf countries are allowed to pursue the bustard. Reporters Without Borders (RSF) has called for an independent investigation into the murder of Nazim Jokhiyo.

Pakistan’s censorship crusade has gathered pace under Prime Minister Imran Khan, seeking to placate powerful conservative and religious constituencies. In July, Imran Khan was featured on the red list of Reporters Without Borders (RSF) and several other heads of state who massively cracked down on press freedom.

In May 2021, Pakistan’s Federal Ministry of Information and Broadcasting issued a draft ordinance titled the Pakistan Media Development Authority. Under the ordinance, the Pakistani government sought broad new powers to control the media due to its crackdown on freedom of expression. Journalists, human rights activists, and political leaders across that country have raised the alarm about proposed legislation that would bolster the powers of the government to censor and restrict the media.

On August 23, Human Rights Watch condemned the proposed PMDA law, saying the government should “stop trying to control reporters and instead start protecting media freedom,” and argued that media regulators must be independent of government controls.

On September 13, 2021, the journalist fraternity, led by the Pakistan Federal Union of Journalists (PFUJ), walked from the National Press Club to the Parliament House in Islamabad, where they staged a sit-in.

“Press freedom is certainly shrinking under Imran Khan. Journalists have lost a record number of jobs, critical investigative magazines like the Herald and Newsline have shut down, despite surviving dictatorships, and critics’ voices have been removed from TV,” Usama Khilji, a digital rights activist, told DW.

Journalists and bloggers have complained of intimidation tactics, including kidnappings, beatings, and even killings. In recent years, the space for dissent has shrunk even further, with the government announcing a crackdown on social networks and traditional media houses, which critics say has resulted in widespread self-censorship. “The media regulatory framework in Pakistan does need to be amended. With journalists under relentless attack for doing their jobs, the government needs to stop trying to control reporters and instead start protecting media freedom,” said Gossman of Human Rights Watch.

In the developing world where a large proportion of the population is not aware of their political and economic rights, media and press play an essential role in educating the people and advocating their concerns. Press played important role in liberation of these countries from the colonial yoke. Can there be a democracy if voice of the people, press, and opposition is stifled? What kind of message do the Pakistani rulers want to give by threatening, beating, and killing the journalists.

Can rulers alter the truth by silencing the messengers? Free press and media are essentials of free and democratic countries. Let us all strive to maintain the freedom of the press and media and support the people of Pakistan who are up against all odds.